Maura McElhone writes for Culture about the series of fortunate events led to her finding love in unexpected places and writing her acclaimed memoir Falling For A Farmer, now in bookshops.

The fact of the matter was this: I was thirty years old, single, unemployed, and living at home. Something needed to happen and soon... Though I didn’t acknowledge it openly, I needed to prove to myself that coming home hadn’t been a mistake.

Last month marked five years since I "unemigrated," closing the door on the life I’d built for myself over six years in California and returning to Ireland. Single, jobless, and moving back in with my parents, it was hardly the life I’d envisioned for myself in my early to mid-twenties when thirty was barely visible on the horizon of life – a distant point at which, I assumed, by the time I arrived there, everything would have fallen into place.

For two years, I was constantly in motion – resetting, rebuilding, moving, searching. For what, I wasn’t sure, exactly.

Still, amidst the upheaval and uncertainty, I found reassurance in knowing that to have done nothing would have been worse. When maintaining the status quo meant signing up to a future I knew in my heart was not the one I wanted, walking away was the only option.

My journey took me from the San Francisco Bay area to Portstewart, Co. Derry; from Derry to Dublin, and ultimately, to where I am today, in north county Kildare. That’s a lot of miles wracked up within a short space of time. For two years, I was constantly in motion – resetting, rebuilding, moving, searching. For what, I wasn’t sure, exactly. All I knew was that whatever it was, I hadn’t found it yet.

It’s only when I look back now that I see the common thread running through each stage; the eventual realisation that to stay would be to do a disservice to myself. Each time, the move was driven by gut instinct, and by heart.

Perhaps it was fitting then, that when I did finally come to a halt, it was love that stopped me in my tracks. The love of, and for, a farmer, to be specific.

There was so much to make sense of, to work through, and determine, not least, what my role would be in this world and way of life in which women, traditionally, were background characters, albeit essential ones.

Rooted to Ireland and the part of the country his family had farmed for more than a century, he was stationary where I was mobile, practical where I was fanciful. He dug with a spade and I with a pen. He was a country boy, and I was very much a townie. And perhaps, those were the very reasons why we clicked. We saw in each other, amongst other things, someone who could broaden our view of the world, who could challenge us, someone from whom we could learn.

From my perspective, certainly, those lessons have come in no short supply. From the useful; nothing clears a hangover faster than witnessing a cow giving birth, the superficial; what not to wear around the farm, to the harder-hitting realisation  that ‘where there’s livestock, there’s deadstock,’ and, indeed, a confrontation with one’s own mortality, the learning curve that comes from being in relationship with a farmer is, I’ve found, a steep one.

There was so much to make sense of, to work through, and determine, not least, what my role would be in this world and way of life in which women, traditionally, were background characters, albeit essential ones.  Writing helped me process all of it, stream-of-consciousness exercises going on to form the basis for my first book, Falling for a Farmer.

At this time of year, when the shed comes alive with the bleats and skips of new lambs, I am, of course, reminded of the gifts that farming life offers those who lead it, too. Not least, an unarguable sense of place and attachment to your own swathe of green on this beautiful island.

Five years on, and the life I lead is not one I could have foreseen when the plane touched down on the tarmac at Belfast airport on February 14th, 2014; one journey over while another, bigger one, had just begun. But now, calmness occupies the space where before there was unquiet – and I know that all is exactly as it should be. 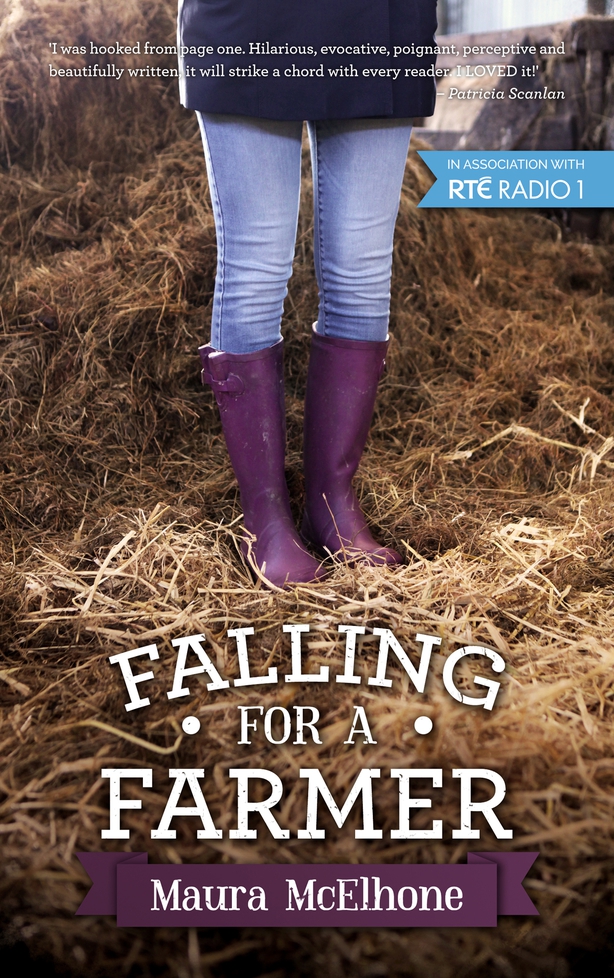 Falling for a Farmer by Maura McElhone (published by Mercier Press) is in bookshops now.