Virgin Media Dublin International Film Festival preview: Musician Peter Broderick writes for Culture about how his work provided the soundtrack for an award-winning animation, Two Balloons, which screens at this year's festival.

When I first started writing music, at age 11 or 12, my ‘compositions’ were more like short little fragments. It took many years before I developed the patience and stamina to write a fully formed song.

I have a vivid recollection of sitting down at my piano at 19 and having this song just come pouring through me. I can hardly even say I wrote it myself . . . it was more like I downloaded it from the ether, it arrived so sudden and complete. At the time, amongst all my other little scrap-like musical ideas, this one felt more substantial, more like a proper composition. And so, lacking any poetic ideas for a title, I made a recording of the piece and simply called it More of a Composition.

Fast forward five years or so — I’m well into my music career at this point, having gotten a lucky break at the age of 20 — and I get an email from a guy named Mark Smith, asking permission to use my piece More of a Composition in his film Two Balloons. It cracked me up that this flippant title from years ago was now the centrepoint of a seriously inquiry and opportunity. But more than that, this inquiry confirmed something much deeper . . . it reaffirmed that strong feeling I had when the song was first created. It meant something. And that meaning was expanding, despite my lazy title.

It took another five years until Mark’s film was finally complete, and the process was something that I’ll never forget. From witnessing the miniature sets of his stop-motion world, to the actual recording of the score, Mark was interested in every little detail. Not in an uptight, over-the-top way. Mark’s approach is wide-eyed and full of the magical sense of wonder that truly inspires. He acquired and restored several wire recorders (a recording technology that pre-dates magnetic tape) and even bought some ancient, huge AM radio cabinets, along with an AM radio transmitter, so we could experiment with recording sounds and then broadcasting them through the AM radio waves and re-recording them through these old radios.

Throughout this process, More of a Composition became even more of a composition. Mark’s poeticism made up for my lack thereof, and even inspired me to rename the song that helped to inspire his film. I now call the piece Bernard & Elba’s Waltz, named after the two main characters in Two Balloons, a couple of starry eyed ring-tailed lemurs. One of the things I love most about Mark’s film is that I feel like it’s for everyone. I could show it with pride to my grandmother and just as easily show it to my four year-old nephew. And I feel the same way about the song that came to me back when I was 19 years old... it’s for everyone. I’m glad the music and the film found each other. 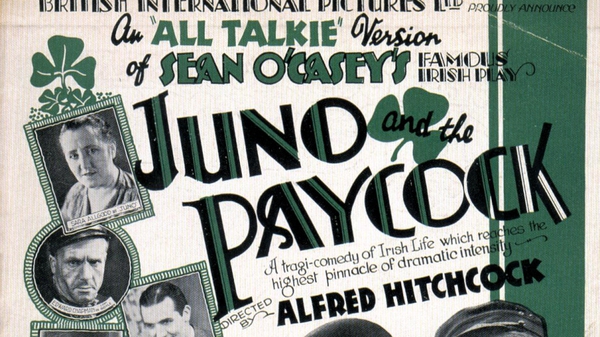