Having grown up on both sides of the city, I set out to take a raw and honest look at youth in not just Dublin but around the country. The film explores the different perspectives of Irish youth living in Ireland, with classic themes of music, friendship and love re-examined to reflect an updated perspective of modern Dublin. To that end, the film employs a triple-narrative from the north, south and centre of the city. Dan and Baz are looking for kicks on their last day of school. Cork medical students Jack and Sean arrive to find their way amongst Ireland’s affluent youth, and songwriter Fi struggles to break through on the cutthroat Dublin music scene.

Getting to make my first feature film in my hometown, and to have it premiere at the Virgin Media Dublin International Film Festival is a dream come true.

I was in part inspired by Richard Linklater’s 26-year-old coming-of-age comedy, Dazed and Confused, which also features a large ensemble, many of whom went on to achieve significant success - Matthew McConaughey, Ben Affleck, and Milla Jovovich, to name a few. I also found passion and inspiration when writing from some classic Dublin-set films, including Adam & Paul, Intermission, Kisses, The Commitments and Last Of The High Kings.

Dub Daze is a passion project for all involved. The film is both a celebration of a multi-cultural Dublin City and a showcase for the breadth of new and upcoming on-screen Irish talent. The film, which features a cast of 44 new acting talents from across the country, was self-financed on a shoestring budget over 10 months. It’s a product of my education at both DIT and IADT, where I got to know many of those 44 actors, producing 13 short films over 7 years.

It is truly humbling to think of the many actors, musicians, filmmakers and fellow Dubliners who helped make Dub Daze a reality.

The film’s soundtrack features many Irish musicians, including Brame & Hamo, Bantum, Majestic Bears, Laurie Shaw, Makings, Noel O'Brien, Indian, Rhob Cunningham, Sammy Dozens and This Side Up, who all gave their music so generously. The film was shot by Jim Fuller, aka 'Dirty Dublin', and the official poster is being developed by street artists Subset.

I love the creative craft of storytelling and have a great passion and pride for my Irish culture. Getting to make my first feature film in my hometown, and to have it premiere at the Virgin Media Dublin International Film Festival is a dream come true. It makes the 19 months of work and effort we all put in worth all the sacrifices made. It is truly humbling to think of the many actors, musicians, filmmakers and fellow Dubliners who helped make Dub Daze a reality. I believe the film represents a new wave of Irish talent, and will hopefully illustrate that Ireland's film industry will continue to prosper when we invest time, energy and finance into the creative arts and our Irish education system – at all levels. 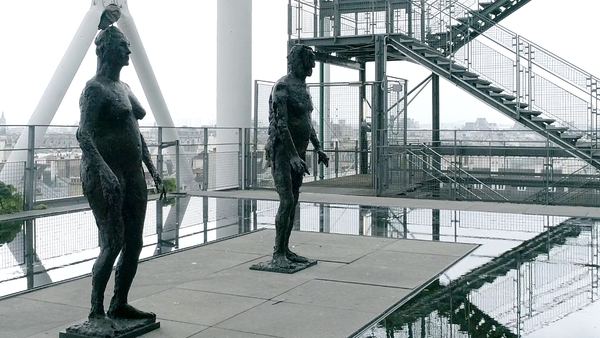 The Irish engineer behind the world's great buildings