Theatremaker Bush Moukarzel writes for Culture about his acclaimed play Hamnet, a solo work for an 11-year old boy, inspired by the story of William Shakespeare's forgotten son - the production returns to Dublin's Project Arts Centre later this month.

How old are you? In the Middle Ages, before the recording of birth and death dates became common practice, people didn’t really know. Life was grouped in phases: infancy, youth, adulthood, old age. You knew roughly how old you were and were treated accordingly. Childhood, as we know it – a phase of life characterised by special treatment, protection, toys – is a relatively new idea. The sociologist Neil Postman links the emergence of Childhood (the capital ‘C’ demarcating Childhood as a special cultural phenomenon, not just a biological fact) to the invention of the printing press in the middle of the 15th Century. With the mass production of the printed word, and the rise of literacy, there was now a world of information that you needed to learn how to access. School, in its essence, was teaching children how to read. And with that came the separation of worlds: the world of reading adults, and the world of children, not yet initiated into the secrets of the Word.

By Shakespeare’s day, the Word was in. By introducing 1700 words into common useage, he was literally inventing language through his writing; a new language for a new sense of what it was to be human. Representing interiority, distilled and perfected by Shakespeare in the soliloquy form, had not been seen before, and was a portrait of the modern self as a private, thinking individual. But what do adults really think about? What is the secret of the adult world?

In Shakespeare’s lifetime companies of Children actor’s were in fashion, children performing the roles of adults, often playing out plots that the young actors couldn’t fully understand. Childhood was seen as a parody of adulthood, the latter’s pretensions and ambitions exposed as absurd: child’s play. In 1604, the wife of James I made an order "to provyde and bring vppe a convenient nomber of Children whoe shalbe called children of her Revelles", a company that went on to perform plays in London’s Blackfriar’s theatre, just along the river from Shakespeare’s Globe. The Children of the Queen’s Revel’s and other similar child acting-troupes were seen as both a fad and a threat by the more "serious" adult theatres. What is it that they might expose? What is it they might discover?

Hamlet, in his speech to the players, mocks Child companies as "little eyases", blaming them for stealing audiences and condemning the older tragedians to a life on the road in search of work. But behind Hamlet’s mockery is the anxiety of identification, feeling himself to be a child actor in an adult’s world. Indeed, all children are cast as actors in their parent’s script, forced to play a character that they might not want to. The critic Lionel Abel writes, "Hamlet is aware of the play he is in. He would like to be in a different one." Indeed, he yearns to break free from the passivity of his childhood state and become the author of his own fate, entering the adult world of self-determination.

Shakespeare’s son, Hamnet, died aged 11, his death date recorded as August 1596. Children remain dead in ways adults do not. Their thwarted lives live on, refuse to die, forever yearning to grow up, to become what they could not, yearning to unlock the secret of the adult world. But this secret is forever kept from them, this secret, that there is no secret, that we don’t know what we’re doing. 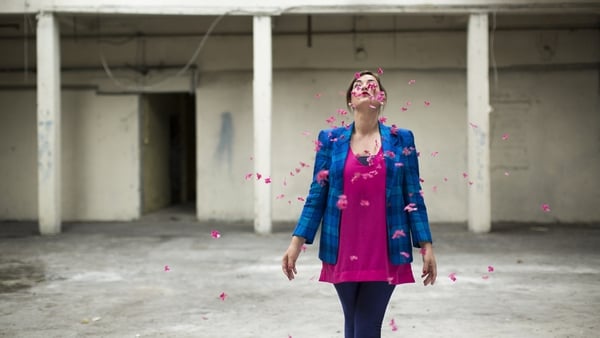