We sat down with comedian Danny O'Brien to discuss his new tour, Lock In.

No, the comedian isn't confessing to a criminal past, he's revealing just how far he'll go to get material for his new tour, Lock-In, a show that promises to deliver stories from both the prisons and pubs of Ireland.

"I ended up at a lock in the night before I went to one of the prison gigs, it was after the 3 Arena show that I did with Bill Burr," he explains. "It was probably the worst hangover of my adult life, and it was the first prison gig I had to do the next day. It's all interlinked."

Undoubtedly, the venture brought new challenges (warming up the sober crowds of Wheatfield Prison is no mean feat) and experiences (one gig was shut down due to a riot) but ultimately, according to the comedian, the inmates hadn't a tap on Dublin's corporate crowds.

"You're gigging with people who have been completely marginalised by society, and it's good to test yourself, but they were actually grand. They're a lot easier than any of the Christmas party gigs that I had to do in December," he laughed.

For many, working the country's prison circuit would be more than enough to be getting on with but for O'Brien, it seems like a mere tick on an absurdly long to-do list.

At a glance, his social media reveals a work ethic so gruelling it reads like a sure-fire recipe for burnout, and although the Wicklow man acknowledges this - "I'm running on adrenaline at this stage" - he has no plans to slow down.

"I'm bringing Lock In all over - Westport, Galway, Laois, Tallaght. I'm doing a short run. then I'm going to Australia for five weeks with it and then I'm coming home to do another fifteen when I get back."

As well as running The Comedy Crunch in Dublin and the Castlebar Comedy Club in Mayo, the funnyman took to the stage "over 400" times in 2018 (let's remember that there are only 365 days in a year) and landed himself numerous TV and radio spots.

And although he admits that his career has taken a toll on his social life - "I don't get to catch up with my mates or family as much as I need to" - he insists that in order to make it as a comedian in Ireland, you have to make your own work.

"When I started out, there weren't enough gigs, so I started running a comedy club to make more work for myself. I've been going back and forth to England for five or six years now, but you don't have to move to London."

He continued: "For me, personally, I don't think the grass is greener. I think Ireland has a lot to offer if you put the work in. I don't want to live in London, I prefer Dublin."

Having opened for American heavyweights Bill Burr and David Cross, O'Brien admits that all his energy is going into stand-up and while many comedians end up in radio and television, he only ever wants to take to the stage.

"I just want to perform live," he says. "Ideally, increase your audience numbers every year, tour bigger, and just keep going down that road. Any stuff in between with TV is just a bonus, but ultimately it's just there to feed into your live shows. It is for me anyway."

Tickets for Lock In are on sale now, click here for more information. 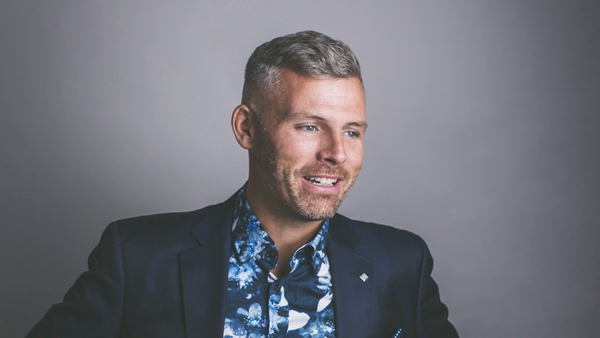 A sit down with...Des Bishop Comedy