We're delighted to present an extract from When All Is Said by Anne Griffin, published by Sceptre.

At the bar of a grand hotel in a small Irish town sits 84-year-old Maurice Hannigan. He’s alone, as usual – though tonight is anything but. Pull up a stool and charge your glass, because Maurice is finally ready to tell his story. Over the course of this evening, he will raise five toasts to the five people who have meant the most to him. Through these stories – of unspoken joy and regret, a secret tragedy kept hidden, a fierce love that never found its voice – the life of one man will be powerfully and poignantly laid bare...

Is it me or are the barstools in this place getting lower? Perhaps it’s the shrinking. Eighty-four years can do that to a man, that and hairy ears. What time is it over in the States now, son? One, two? I suppose you’re stuck to that laptop, tapping away in your air-conditioned office. ’Course, you might be home on the porch, in the recliner with the wonky arm, reading your latest article in that paper you work for, what’s it . . . ? Jesus, can’t think of it now. But I can see you with those worry lines, concentrating, while Adam and Caitríona run riot trying to get your attention. It’s quiet here. Not a sinner. Just me on my lonesome, talking to myself, drumming the life out of the bar in anticipation of the first sip. If I could get my hands on it, that is. Did I ever tell you, Kevin, that my father was a great finger tapper? Would tap away at the table, my shoulder, anything he could lay his index finger on, to force home his point and get the attention he deserved. My own knobbly one seems less talented. Can get the attention of no one. Not that there’s anyone to get the attention of, except your one out at reception. She knows I’m here alright, doing a great job ignoring me. A man could die of thirst round these parts. They’re up to ninety getting ready for the County Sports Awards, of course. It was some coup for the likes of Rainsford wrestling that hoolie out of Duncashel with its two hotels. That was Emily, the manager, or owner, I should say, a woman well capable of sweet-talking anyone into the delights of this place. Not that I’ve experienced much of those myself over the years. But here I sit nonetheless. I have my reasons, son, I have my reasons. You should get a load of the enormous mirror in front of me. Massive yoke. Runs the length of the bar, up above the row of spirits. Not sure if it’s from the original house. Ten men, it must’ve taken to get that up. Shows off the couches and chairs behind me all eager for the bottoms that are at this minute squeezing into their fancy outfits. And there’s me now in the corner, like the feckin’ eejit who wouldn’t get his head out of shot. And what a head it is. It’s not often I look in the mirror these days. When your mother was alive I suppose I made a bit of an effort but sure what difference does it make now? I find it hard to look at myself. Can’t bear to see it – that edge, you know the one I mean – haven’t you been on the receiving end of it enough over the years. Still. Clean white shirt, crisp collar, navy tie, not a gravy stain in sight. Jumper, the green one your mother bought me the Christmas before she died, suit and my shoes polished to a shine. Do people polish their shoes any more or is it just me who practises the art? Sadie’d be proud alright. A well-turned-out specimen of a man. Eighty-four and I can still boast a head of hair and a chin of stubble. Rough it feels, though – rough. I don’t know why I bother shaving every morning when by lunchtime it’s like a wire brush. I know I wasn’t what you might call good-looking in my day, but anything I had going for me seems to have long since scarpered. My skin looks like it’s in some kind of race southward. But do you know what? I’ve still got the voice. ‘Maurice,’ your grandmother used to say, ‘you could melt icebergs with that voice of yours.’ To this day it’s like a cello – deep and smooth. Makes people pay attention. One holler to herself pretending to be busy out there at reception and she’d be in filling my glass quick smart. But I’d better not cause any more trouble than I need to. There’s a job to do later and a long night ahead. There’s that smell again. I wish you were here, to get it: Mr Sheen. Remember that? Every Saturday, our whole house smelt of it. Your mother’s day for the dusting. The sickliness of it used to hit my nose as soon as I came through the back door. I’d be sneezing from here to kingdom come for the rest of the night. Fridays now, Fridays were floor-polishing days. The waft of wax, homemade chips and smoked cod, warming my heart and making me smile. Industry and sustenance – a winning combination. You don’t hear of people polishing floors much any more either. What’s that all about, I wonder. At last, a body appears from the door behind the bar to put me out of my thirst-ridden misery.

Listen: Anne Griffin talks When All Is Said on The Ryan Tubridy Show;

‘There you are, now,’ I say to Emily, a picture of beauty and efficiency. ‘Here to save me the embarrassment of getting the drink myself? I was even contemplating going to ask Miss Helpful out there.’ ‘I got here just in time, so, Mr Hannigan,’ she says, with a hint of a smile, laying down a pile of papers on the counter, checking her phone perched on top, ‘we don’t want you upsetting the staff with that charm of yours.’ Her head lifts to look at me and her eyes sparkle for a second before settling on her screen again. ‘That’s just lovely. A man comes in for a quiet drink and this is what he gets.’ ‘Svetlana will be in now. We were just having a quick meeting about tonight.’ ‘Well, aren’t you very Michael O’Leary.’ ‘I see you’re in fine spirits,’ she says, coming to stand in front of me, giving me her full attention now. ‘I didn’t know you were coming in. To what do we owe the pleasure?’ ‘I don’t always ring ahead.’ ‘No, but it might be a good idea. I could put the staff on red alert.’ There it is – that smile, curling up, as delicious as a big dollop of cream on a slice of warm apple tart. And those eyes, twinkling with the curiosity. ‘A Bushmills?’ she asks, reaching for a tumbler. ‘Make it a bottle of stout, to start me off. Not from the fridge mind.’ ‘To start you off?’ I ignore the worry that’s crept into her voice. ‘Would you join me for one later?’ I ask, instead. She stops and gives me a good long star. ‘Is everything alright?’

About The Author: Anne Griffin is the winner of the John McGahern Award for Literature. Shortlisted for the Hennessey New Irish Writing Award and The Sunday Business Post Short Story Competition, Anne’s work has been featured in, amongst others, The Irish Times and The Stinging Fly. Her short stories have been both short-listed and long-listed for many prizes. Born in Dublin, Anne now lives in Mullingar, Ireland. 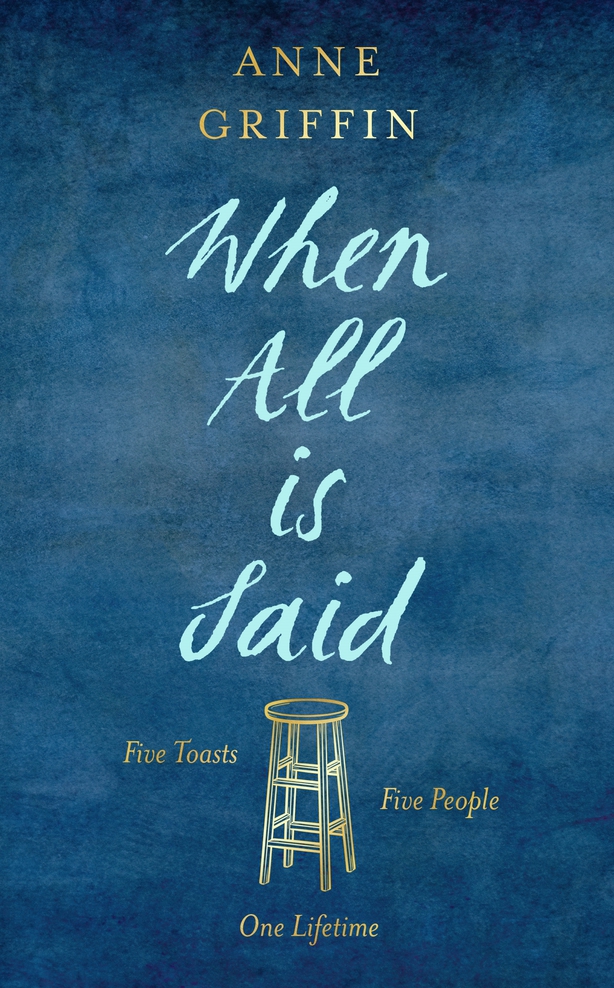 My Coney Island Baby by Billy O'Callaghan - read an extract