Last night's episode of Prime Time on RTÉ One examined the current drama offstage at the Abbey Theatre,

More than 300 members of the Irish theatre community have signed an open letter expressing concern with the current direction of the Abbey Theatre under its directors Neil Murray and Graham McLaren.

Watch the Prime Time report on the Abbey Theatre here.

While Murray and McLaren have yet to comment directly on the situation, the Abbey have released an official statement addressing several of the issues raised in the open letter. Read it in full below.

The Abbey Theatre can confirm that it has received a letter addressed to Minister for Culture, Heritage and the Gaeltacht, Josepha Madigan TD, from a group of Irish theatre practitioners regarding the direction of the theatre. We have huge respect for the artists who have signed the letter and we take its content and the concerns raised by this important group of practitioners very seriously. Indeed, we will be extending an invitation to representatives of the signatories to meet at the earliest opportunity to discuss the points they raise.

As a National Cultural Institution, the Abbey Theatre exists to deliver unique, memorable, challenging experiences for audiences. The Abbey Theatre is artist-led and audience-focused: we aim to ensure our programmes are driven by ambitious, big ideas by theatre-makers of all disciplines, relevant to our times and reflective of our role as a national theatre. In this approach to theatre making, we are following patterns found in many countries with strong traditions in the theatre and we are seeking to address with urgency some of the key social, cultural and political issues of our time.

It should be noted that the Abbey Theatre continues to produce a significant number of in house productions. On average, over the past 6 years we have self-produced 14 shows per annum on the Abbey and Peacock Stages and on tour. Since 2017, we have opened up the National Theatre to greater collaboration and
significantly increased the number of shows which we are co-producing and presenting, with Abbey funding going directly to companies and artists. On a specific point raised, it is important to note that between the 8th September and the 23rd February there are 78 Irish actors in employment either directly or with our co-
producing partners during those dates both on the Abbey stages and on touring. There are 51 Irish/Irish based actors on the Abbey and Peacock Stages. We also had an additional seventeen Irish actors on tour with Mise, Micheal , Jimmy’s Hall and Two Pints and ten actors begin employment for rehearsal of The Country Girls on the 14th of January.

Prior to the appointment of Graham McLaren and Neil Murray there was a perception, real or otherwise, that the Abbey’s programme was lacking diversity and urgency in its productions and that it was not an institution open to many of Ireland’s theatre practitioners. The Arts Council of Ireland, in response to the Abbey Theatre’s 2014-16 Funding Application had written:

‘The Council was disappointed that the application did not propose more far reaching adjustments to the organisational model in order to ensure greater range and quantity of artistic output. The Council believes that questions remain as to whether setting alternative artistic priorities and making more fundamental changes to the organisational model might enable the Abbey to deliver more by way of return on the investment of public funding’.

Over the past 2 years, the Abbey has opened its doors to many companies and artists who had not previously gained access to their national theatre and we have led on gender equality in the theatre sector. The latest Annual Review, for 2017, shows that for Abbey Theatre productions, there was a 53% male/47% female
breakdown across the artists working on its shows. The theatre aims for 50/50 Gender Parity for the period 2017-2022.

The work that has been made at the Abbey and welcomed in from Irish companies and artists has been of the highest quality. This appears to be borne out by audience figures: some 125,000 people attended the Abbey in 2017, the highest figures for eight years. The final figures for 2018 will surpass that, indicating that the range and diversity of the programme has had a proven appeal.

The financial position inherited by the current directors is also worth noting. In the two years prior to their inaugural 2017 programme, the Abbey Theatre had incurred an accumulated deficit of €1.4m. These losses were incurred by the programming model that the signatories’ letter appears to advocate - a predominance of large-scale Abbey Theatre self-produced shows with little access for smaller independent companies and artists. This effectively wiped out any reserve the Abbey Theatre had accumulated. Programming in 2017 and 2018, in which both Abbey and Peacock stages have been in full operation, often simultaneously, has delivered modest surpluses and re-introduced the financial stability essential for the continued operation of the theatre. It has also allowed us to engage with a much bigger pool of artists.

The model we currently operate allows for self-produced shows, as well as co-produced and presented work, offering significantly more opportunties for Irish artists and audiences. It is our stated wish to make self-produced shows without losing the sense of collaboration and openness that has been welcomed by so many
in the Irish and international theatre community. However, we do acknowledge the concerns of the signatories around the issue of ‘in house’ productions and look forward to discussing this with them.

Regarding the Abbey’s winter show, Come From Away: This was a show programmed for its artistic integrity. It did not impinge on the Abbey’s grant from the Arts Council and it is expected to return a financial contribution that will be invested in the Abbey Theatre’s programme for 2019 and beyond. Auditions were held in London and Dublin and the production features Irish, UK and US actors and musicians. We are also actively working with companies who perform at The Abbey Theatre, who are financially supported by the Abbey, to ensure that appropriate rates are upheld.

All of the above said, we understand entirely how artists and practitioners will feel strongly about all of these issues and, as stated, we are very willing to engage directly with representatives of the signatories to discuss their concerns. We all agree and believe that a progressive 21 st Century National Theatre that is artist-led and audience-focused is the best way for the Abbey Theatre to place itself at the heart of Irish society and we very much look forward to meeting with our colleagues to jointly progress this ambition. 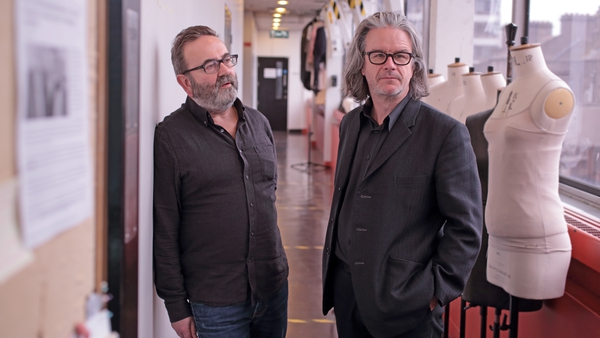