The earliest music recorded in Ireland is not the traditional music collected by Bunting and Petrie but the elegantly austere Medieval Latin Chant of the monasteries and the choral group Cantoral have made it their mission to give a platform to this important, if forgotten, part of Ireland`s musical heritage.

I first became aware of the choral group Cantoral while recording a plainchant Kyrie Eleison I had composed for a documentary about the River Inny in South Kerry. That programme followed the course of a river from its beginnings in small mountain streams to the point where it majestically flows into the wide Atlantic near Waterville. The changing flora and fauna along the route were to be discussed together with the significant archaeological sites along its banks, which included the remains of a Norman church. The Kyrie Eleison was to serve as an introduction to this particular segment. In the course of recording this piece with the choral trio Siona, the group`s leader, Hannah Fahey, happened to mention that Siona was an off-shoot of a larger choral group called Cantoral whose primary interest was medieval Irish liturgical chant.

I was intrigued and set up a meeting with the group`s founders, the now, and very sadly. late, Mícheál Ó Súilleabháin and Helen Phelan at the Irish World Academy of Music and Dance in Limerick University. I wanted to find out more about their project. What I discovered convinced me that here was a fascinating subject for a documentary. Mícheál and Helen had seized a unique opportunity to connect scholarship and performance by bringing together the expertise of singers, musicologists and historians (who were available at The World Academy and Limerick University) as a collective in order to unearth the medieval manuscript material in Ireland and, most importantly, to give it a new life in performance.

The programme, entitled Chorus Noster Recolat (Let Our Choir Celebrate) features contributions from Helen Phelan and members of Cantoral together with what was to prove to be one of Mícheál Ó Súilleabháin`s final interviews in which he considers the expressive powers of chant as a medium and speculates on the nature of very early Irish monastic chant for which no notation exists, and therefore, of which no record remains. He also considers the potential of chant in future composition. His eagerness to share his knowledge and his enthusiasm for the subject are very much in evidence throughout. Helen Phelan explains the motives for establishing Cantoral and considers the influence of pre-Christian Ireland on the Irish chants in the group`s repertoire and historian Colmán Ó Clabaigh OSB places the music in context with a look at the monastic life of the period.

As well as several performances by Cantoral, the programme includes excerpts of Coptic Chant, the evocative sound of the Psalms as they are sung by the Gaelic speakers of the outer Hebrides and the almost primordial sound of the Irish Keen together with that recording of the Kyrie Eleison by Siona that first sparked my curiosity in the Cantoral project. 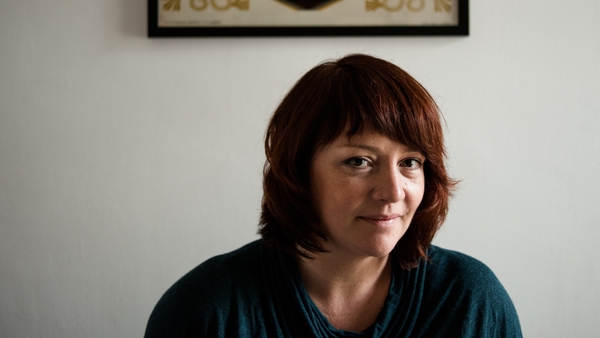 The Fractured Voice in Irish fiction - The Lyric Feature