The death has been announced of musician Alec Finn, co-founder of Galway-based folk group De Dannan.

Finn, along with Frankie Gavin, Ringo McDonagh and Charlie Piggot founded De Dannan in 1974. Driven by the unique musical partnership between bouzouki player and guitarist Finn and co-founder Gavin, the band won considerable acclaim and brought Irish music to the world stage during the 70’s and 80’s with a series of seminal albums like Anthem and Ballroom.

We just heard of the passing of Alec Finn, one of the most influential musicians in Irish music. A member is the legendary De Dannan, Alec defined a whole genre of music accompaniment. Rest in Peace. A sad day for music, an incredible legacy left behind. pic.twitter.com/AEwOOy7Wbz

De Danann also provided the launch pad for a number of leading Irish female folk singers, among them Dolores Keane, Maura O’Connell and Mary Black. Following the band's split in the early 2000s, Gavin and Finn had reunited in recent years for a new album and series of acclaimed live performances. He had also been the subject of a recent acclaimed TG4 profile - watch it here.

A key influence on several generation of traditional musicians, Alec Finn's distinct bouzouki style can also be heard on a number of seminal traditional recordings over the years, among them landmark recordings like Mary Bergin's Feadóg Stáin and Noel Hill and Tony Linnane's self-titled duo album.

English-born, Finn spent most of his life in his beloved Galway, where he resided in the 15th century Oranmore Castle with his wife, artist Leonie King, and their family - his son Cian is also a noteworthy musician and performer.

'Alec Finn was also a distinguished solo artist and session musician,' said President Michael D. Higgins in a statement released to mark his passing, 'playing on a variety of string instruments, but always bringing his famed sensitivity and skill to every performance.

'It has been a privilege to know Alec Finn. Sabina and I send our deepest condolences to his family, colleagues and friends, in the full knowledge that Alec Finn's music will live on and continue to inspire countless people around the world.'

Sad news. I’m very sorry to hear of the death of Alec Finn. We have lost so many of the greats in recent times. Another one gone. 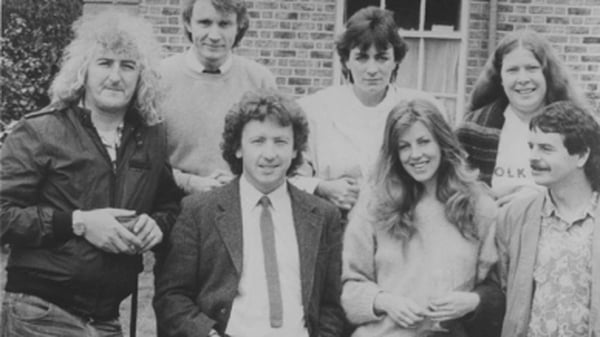