Before modern methods of body imaging were available, anatomy and surgery professors complemented their teaching with medical drawings, anatomical models, and specimens, they collected and prepared.

The artifacts residing in the Trinity Anatomical Museum provide a glimpse to past efforts of understanding the human condition and can inform future scientific and sociological research. Layout of the museum, printed in the Catalogue of the Museum.

The Trinity College Dublin historical medical collection has two complete skeletons showing the effects of Fibrodysplasia ossificans progressiva (FOP), an very rare genetic condition that causes the body to slowly replace muscle and other tissue with bone. There are currently about eight hundred FOP sufferers worldwide, and only three FOP skeletons on display. According to Dr. Kaplan of the University of Pennsylvania, one of the foremost FOP researchers, study of FOP skeletons can aid both physicians and sufferers into a better understanding of the condition and its management. Image of William Clark's skeleton copied from oil painting in the Royal College of Surgeons, London. One of the residents of the historical medical collection is the skeleton of James Conway, who died at the remarkable age of 111 years old. The doctor that attended to him before his death writes that Conway "was in perfect possession of all his faculties to the very last with the exception of being a little hard of hearing". Professor Daniel John Cunningham included Conway in his studies of aging and neurology and other Irish centenarians. Albumen portrait of James Conway seated outside with cane and hat. 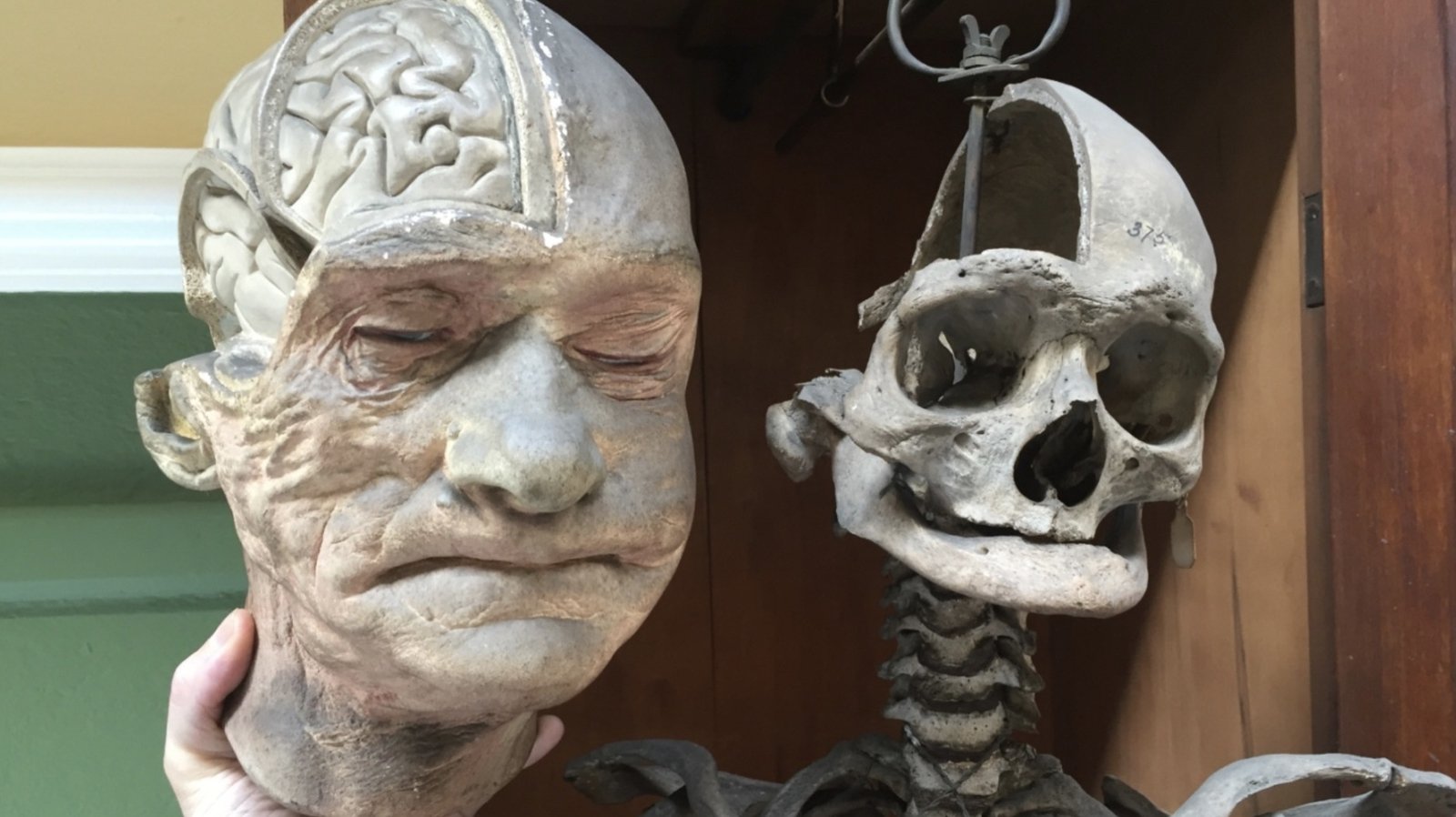 One of the most striking specimens in the collection is the skeleton of Cornelius Magrath, a man who suffered from gigantism. Gigantism and acromegaly are rare conditions that cause excessive growth. was born in 1736 in Co. Tipperary (282 years ago) and was "a regular boy of no great interest until he reached the age of 15" at which time was reported to have grown to the height of 7 feet and 9 inches. A view of the lower level of the museum gallery. Photo by Evi Numen.

Professor Daniel John Cunnigham who studied the skeleton notes in his paper The Skeleton of the Irish Giant, Cornelius Magrath: "the chief interest attaching to the skeleton does not depend so much upon its gigantic stature as upon the fact that it apparently offers for our study a marked example of that disease which has recently received the extremely clumsy and badly-constructed name of acromegaly. Further, the skeleton of Magrath must be regarded as furnishing us with a case of unusual interest, not only on account of the general gigantic growth which is associated with the disease, but also because I believe that it is the oldest specimen of the kind in existence."

Specimens like the skeleton of Cornelious Magrath can be used for teaching about growth, metabolism, and disorders of the pituitary gland. The skeleton of William Magrath (center). Photo by Evi Numen.

Anthropometry, the measurement (-metric) of humans (anthropo-) became very popular in the 1880s when a general acceptance of evolution as a fact of everyday life coincided with a fascination for measurement; everything from the frequency of coughs during a theatre performance to muscular strength and the shape of a head. 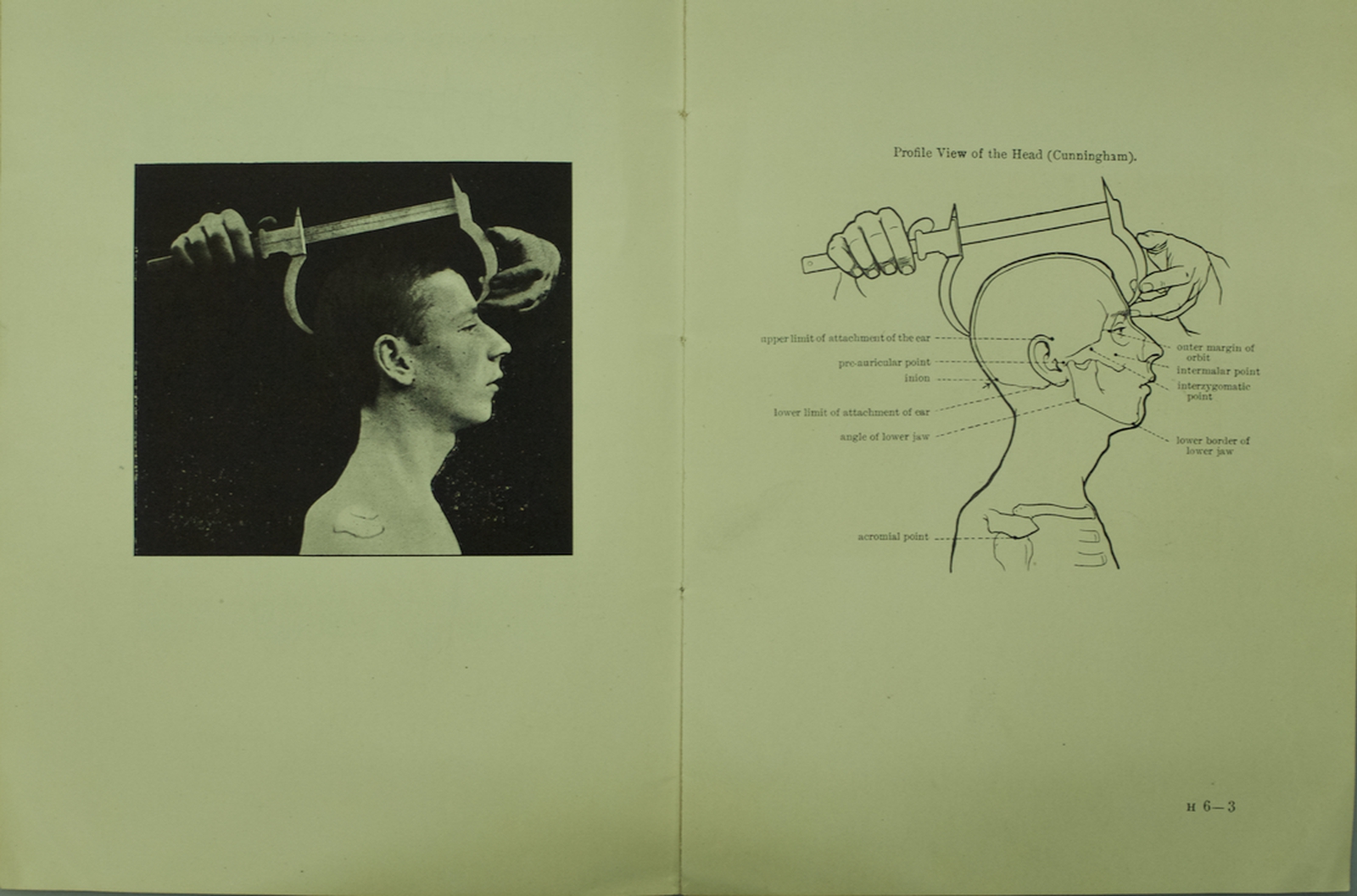 For the purpose of conducting such measurements in Ireland, Francis Galton, an English anthropologists, established a Dublin branch of his anthropometric laboratory in London in 1884 and enlisted Daniel J. Cunningham, the Professor of Anatomy in Trinity College Dublin. There was one big difference between London and Dublin. Galton believed in a form of human husbandry called Eugenics – the management of human breeding to improve the quality of the national stock. Cunningham rejected this. He believed that anthropometry was a diagnostic system and presented evidence in 1903 that showed that the decline in physical health of people in slums in England could be explained by poor diet, housing, working conditions, and access to education.

An elaborate device used to measure the angle of the face, which was regarded a key marker of difference between races. A caliper is visible in the foreground. The scoop in the background was used to fill the cranium – the part of the skull containing the brain – with gunshot pellets. The volume of pellets needed was measured in a graduated cylinder and the size of the brain calculated on that basis. 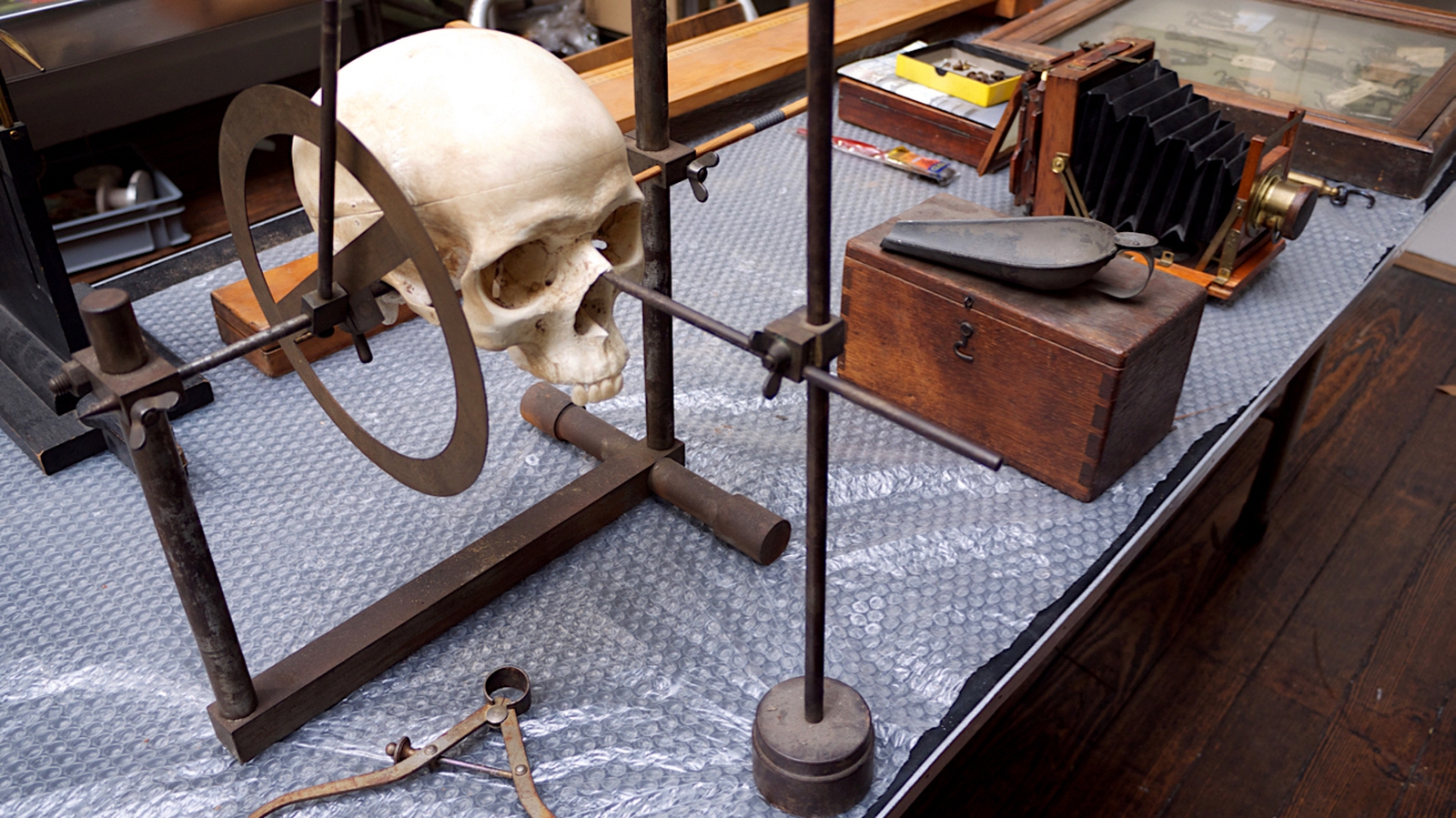 An eclectic collection of anatomical wax models graces the cabinets of the Anatomical Museum; most were purchased from French and German manufacturers in the 19th century. The collection also includes several plaster casts created by John Daniel Cunningham of his own dissections. These models were used in anatomy teaching alongside with the study of human specimens.