The School Days of Thaddeus K is a devised piece of theatre told with the use of movement, text and scaled puppetry by the members of the ensemble and director Niall Henry, in close collaboration with lighting, sound and set designers.

The story follows Thaddeus and his struggles with the teachers in school, his difficulties in understanding what he is doing there in the first place, his imprisonment and ultimately his escape.

To be a performer in this type of project is both challenging and rewarding in equal measures. The main challenge comes from the fact that the show is devised; in other words, it is invented using nothing more than imagination. It begins as a group of makers gather in a theatre with lights and sound with some ideas and after several weeks of work, play and rework, fueled with coffee and green tea, come up with an invention!

To bring Thaddeus K to life, we spent two weeks early this year workshopping the original idea of a boy’s experiences during his time at school. One of the main ideas to come from that workshop was the use of puppetry as part of the mechanism to tell our story. We had used scaled model boats to great effect in our previous show, Shackleton. In that case, there was no dialogue and we became makers instead of actors. Thaddeus K builds on this experience and takes new risks, incorporating puppetry into the performance alongside the traditional constituents of a play, such as actors and text, light and sound.

The play is also a story of hope, of willful self-determination, of release from the shackles of oppression - a story of liberation from the past rather than a reminder of it.

Puppetry is a new departure for a company and so far, it’s been an extremely exciting one. Here the scaled puppet represents the boy, the main character, the fulcrum of our story.It was a steep learning curve for the cast to figure out how to blend acting, puppetry and making to tell a coherent and compelling story. In the process, there has been frustration, but a commitment to telling the best story always helped us to move forward.

Also new for the company is the choice of subject matter. The production explores the theme of systematic abuse within the school system over a period in our present past. While this is dark material, the play is also a story of hope, of willful self-determination, of release from the shackles of oppression - a story of liberation from the past rather than a reminder of it. 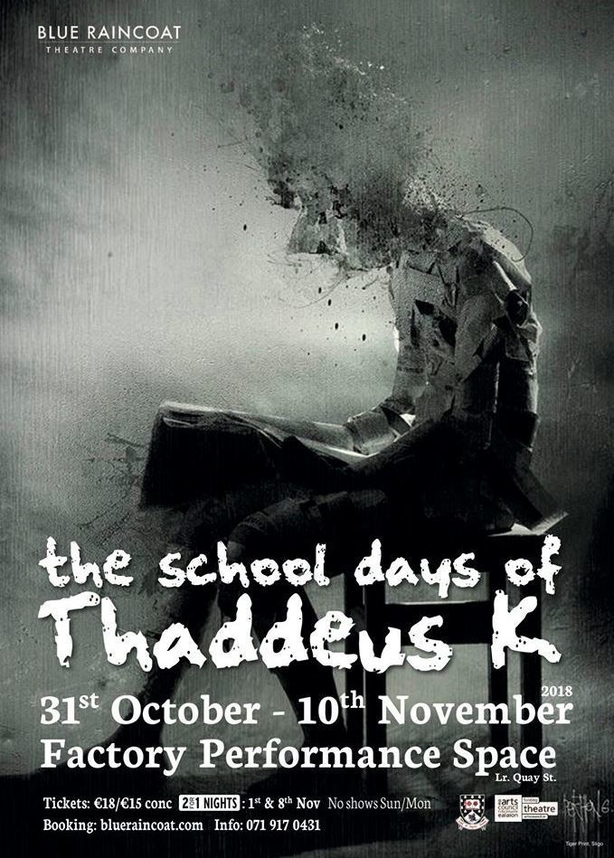 Thankfully we have a great team. Niall Henry, artistic director of the company has again taken the helm as director, with Jocelyn Clarke as dramaturg. Barry McKinney and Joe Hunt have been present throughout the rehearsal process, designing light and sound respectively, and set designer Jamie Vartan has been with us a much as he could; he’s a busy man designing operas in Dublin and Rome at much the same time.

Vincent Sweeney and Diarmuid O Flaherty have built everything and Sandra O Malley, Miriam Needham, Brian Devaney, Hilary Bowen Walsh and myself, have been fusing acting with making to bring it all together.

What has emerged is original; a dark, playful, and hopefully thought-provoking theatre experience.