"He’s got this mangy kind of grey sticky hair, green all over his face, you know, slime everywhere, bulging eyeballs, rotten teeth," and thirty years later, we still can’t get enough of him - just don’t say his name out loud three times if you’re not prepared for the consequences...

Listen: Sorcha Kenny on Beetlejuice at 30, via RTÉ Arena:

In case you’re not up to speed on The Handbook for the Recently Deceased, Alec Baldwin and Geena Davis play newlyweds whose honeymoon period comes to all too sudden a halt when they lose control of their car and end up in a river.  They don’t realise they’ve crossed over to the other side, however, until they return home and a strange book is waiting for them.  Just as they’re getting used to life after death, disaster strikes when a New York family of three moves in and turns their idyllic haunt into a pretentious bourgeois paradise.  They decide the family has to go but it turns out that the newbie ghosts aren’t too hot at haunting, so they call in the big guns in the form of a crazed Michael Keaton.

"It’s so extreme," said Sorcha. "It’s so bizarre and you can tell he’s just having so much fun with it…  It’s not a flattering role and for an actor, he was very early on in his career at that stage, he just really goes for it." 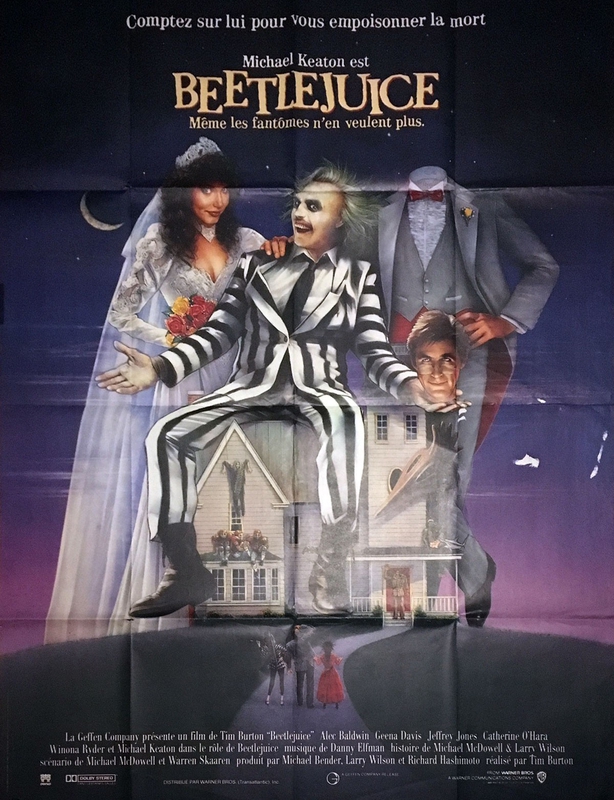 Originally the film was going to be considerably darker than the kooky gothic horror that has become so identifiable with Tim Burton’s style, and the first choice for a much more sinister Beetlejuice was actually Sammy Davis Junior. The film was a 16-year-old Winona Ryder’s second feature film at the time and elevated the young actress to cult status. 30 years on, it's heading to Broadway - a musical version is due in 2019...