James’s Story is a new play written and directed for RTÉ Drama On One by the internationally acclaimed author, David Zane Mairowitz. Listen to James's Story here.

In James’s Story, an Englishman remembers a holiday to Dingle in 1968, while his memories are revised and re-animated by his friend, the Story Poacher. Two episodes haunt James’s memory: A chance meeting with an old man; and a tense encounter in a local pub, coloured by legacies of the War of Independence. Only the Story Poacher can connect both events. The play stars Stephen Rea as the Story Poacher - the 'James' of the title is James Rooke himself, who reads his own story.

It’s somewhere in the early 2000s, I’m sitting with James in his basement flat in Earl’s Court, and we’re talking about ‘selective memory’. James Rooke, I’ve know him for 25 years, our children have grown up together in Provence, I know his secrets, he knows mine. I doubt if I’ve ever met anyone so aesthetically refined as James, and I wonder what curious trick of Nature had whipped him out of his natural epoch, Restoration England, and dropped him into the vulgar Twentieth Century.

Tonight James is remembering an incident out of his youth, where he and another English friend visited the Dingle Peninsula in 1968, and what troubles him is that the friend has absolutely no recollection of the event James is describing. This sets us on the road to discussing the way we remember stories and how they get transformed over time, sometimes beyond recognition.

The boys rent a small cottage in the hamlet of Ballyroe, near Ballydavid. Art students, they’re here to paint and read Irish literature, and to take long hikes into the Kerry landscape. On one of these, they meet an old farmer coming in the opposite direction. James greets him in faulty Gaelic.

‘He called out "Hey!" and, turning, we saw him gesturing us to come back. We were a bit reluctant to do so as he seemed slightly aggressive in his manner, but we returned the few yards we had gone. "Where you from?" he said and we told him we were English from London. "I killed an Englishman once," he said.’

Without further reflection, I began ‘stealing’ James’s story from this point on, turning and twisting it in my writer’s vampire-brain even while it was being told. And this was the origin of the short story which, years later became the radio drama, still titled James’s Story because it couldn’t possibly bear a different one.

‘It was the time of the "troubles" and the end of the uprising when the Sinn Fenians came to our village. They were going to hide out in a cave on the Mountain. Before leaving us to go to the cave they called all the men and the boys who were over 14 years old to a meeting in the village bar and told us that they expected us to show our loyalty to the Nationalist cause. An IRA man put a revolver on the table and made us to draw straws for it. The shortest straw fell on me. I was just 14 years old and the youngest in the room. I was told to go out and shoot an Englishman."’

Which is what he proceeds to do, finding a ‘lighthouse-keeper’ as his victim. He misses him with the first shot, but kills him with the second. Fifty years later, he has finally found some Englishmen he can confess to and express his regrets.

I was convinced the story ended there, but in fact there is a second part which James recounts:

‘Later on our holiday Howard and I walked up to Brandon Creek village to look at the mountain at close quarters. We went to the village bar. There was a row of old men sitting with their drinks at the further end. They took little interest in us and weren't talking amongst themselves. One of the old men started humming loudly. It was a strange sound to be suddenly present and I remember looking around at him and seeing that he was just looking into his beer glass as he was humming and that no one seemed to be regarding him. Soon others had taken up the humming and the sound was loud and like a swarm of bees. Gradually it seemed to be forming a tune and then from the tune a voice began singing in Gaelic. It wasn't a particularly cheerful sounding song as I remember, but we were awestruck. A man got to his feet and without looking at anyone went to the centre of the room. Pulling his cloth cap down over his eyes he started to do a shuffling sort of tap dance there on the flagstones, his feet dancing to the floor, his arms down at his sides.’

That was all James had to tell, and so I knew I had to intervene to save his story for him. He could not, for the life of him, see any connection between the two parts of his story. I had to make it for him: ‘they are potentially each one the murderer, any one of them might have picked the short straw. They are all of an age to have experienced the killing of the English lighthouse-keeper, this story belongs to the Collectivity, not to one solitary boy who happened to pull a trigger. The IRA men were testing the loyalty of the entire village. All of these men are implicated, if anybody is guilty, they all are. That’s the heavy air you obviously felt in the pub, you were witness in 1968 to an event which had stopped with its own internal clocks more than half a century before. And, with their humming and silent dancing, they were letting you know it, foreigner, interloper in their quiet, empty afternoon.’

I had gone too far, had really stolen James’s story from under his nose. He had the memory of it, but I had the dramaturgy of it. It was now for me to tell about James telling about the old man telling about killing an English Lighthouse keeper at the time of the troubles.

But stories are unfaithful mistresses. In making the radio drama ‘James’s Story’ in Kerry in September, it became patently clear from discussions with local experts that the old man –who surely did exist and surely told James the story – most likely … invented it.

Among other things, there is no lighthouse in the area and the IRA was more than likely to perform its own elimination service without involving an unexperienced 14-year old.

Does it matter if the story is true or not? What counts is that it has grown moss and ivy over the years, birds nest in it, spiders catch unwittiung victims in it, and fat Irish bumblebees are sucking out its honey and transforming it to all the vegetation in its environs, so the story can flourish and extend its borders ad infinitum. 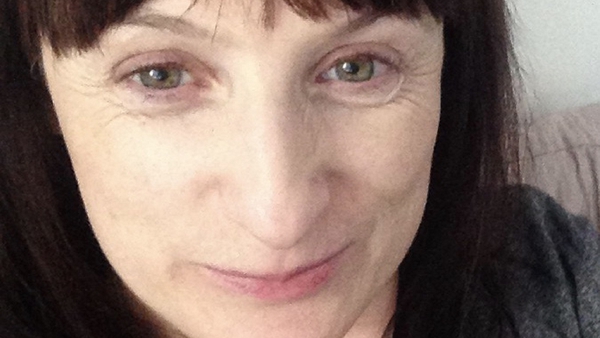 Shouting Out Silence - listen to the moving Drama On One play