Dublin: The Chaos Years is essentially about Dublin GAA, but it's not just for Dublin football fans, it's a tale that should be an inspiration for others with ambitions to rise from the doldrums, writes Darren Frehil

Dublin football is riding the cusp of a wave at the moment, and next year will bid for a historic fifth consecutive senior All Ireland title. The Dubs are the kingpins of the modern game, and have set new standards when it comes to skill, fitness, ruthlessness, and efficiency. The champions are the team to beat, and as we ready ourselves for another new season in 2019, they remain the benchmark, and likely winners of Sam Maguire again next summer.

But it wasn’t always that way; not so long ago, Dublin was a byword for underachievement. Dublin: The Chaos Years tells the story of how, as the subtitle puts it, the Dubs made a mess of things for so long, and how they finally turned things around.

All you need is a big budget, a good contact in high office, a dream, and a decade of domination might just be around the corner...

The period post-1995 All-Ireland win was a strange time for Dublin football, a dark and disappointing 15 year period, when performances fell well short of what was expected. It is unimaginable now, but back in the late 1990’s, the Dublin footballers were losing league games to minnows like Leitrim, Louth, Offaly and Sligo.

They were making little or no impact in the Leinster championship, and were never talked about as serious All-Ireland contenders. In fact, they had become the laughing stock of the country, with the wider GAA public taking great satisfaction from their fall from grace.

This book offers fascinating insight into the egos, dressing room divides, and bad habits which held the county back on the field. It was a time when individuals appeared to put themselves before the team. But it also shines the light on the lack of planning and infrastructure off the field, suggesting that great players like Jimmy Keaveney, Barney Rock, and Dessie Farrell came through the ranks despite the system. 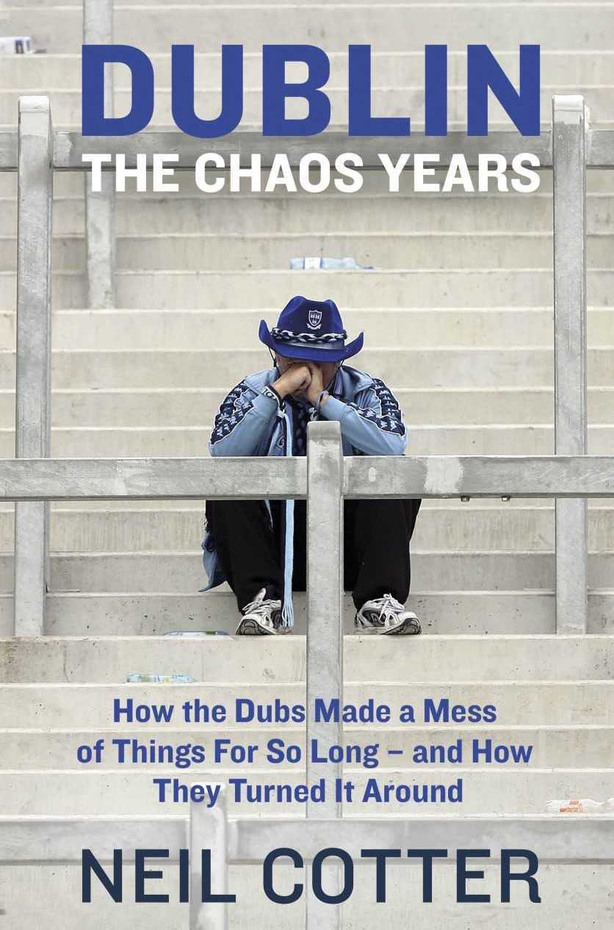 What will be of significant interest to the wider GAA family is how Dublin made significant and meaningful change on and off the field of play. The book traces the beginnings of the turnaround, a revolution which began when a delegation of Dublin officials approached the then Minister for Finance, Bertie Ahern, seeking support for the development of the then ramshackle Parnell Park.

Bertie would turn the sod on the new stadium a couple of years later, before talking the GAA into supporting a coaching revolution in the city and county. The book also tells the story of Pat Gilroy, a left-of-field appointment as Dublin manager, but someone who would raise standards within the dressing room, thereby laying the foundations for the glory years that would follow.

Dublin: The Chaos Years is full of honest and witty interviews with players, coaches and officials from that revolutionary period. However, the game changer here is the radical alteration in attitude both on and off the field in the capital.

This 272-page book is essentially about Dublin GAA, but it's not just for Dublin football fans, it's a tale that should be an inspiration for others with ambitions to rise from the doldrums. All you need is a big budget, a good contact in high office, a dream, and a decade of domination might just be around the corner.