We're delighted to present the shortlisted stories from this year's RTÉ Radio 1 Short Story Competition in honour of Francis MacManus.

Today, we present the second place winner, The New Place by Peter McNamara - you can read Peter's story below, or listen to it, read by Peter Coonan, above.

Phil looked at the grid of silver buttons and looked away, to where his bike stood against the railing. He knew being late would make things worse. His mam’s flat was number twenty. Though he’d heard it many times, the noise of the bell remained strange. It was like the song of a broken robotic bird. It sounded so different to the one they had at home.

His mam buzzed him in. Phil stepped from the cold November evening into the bright lobby, and climbed to the third floor.

"Heya love," she said. Her blonde hair was tied in a knot at the top. She hadn’t changed out of her grey suit. "How are you?"

His mam been living in the flat for the last three months; Phil had been coming for dinner every Wednesday. As he went down the hall, different phrases circled in his head. His sister Aoife tried helping – Phil rehearsed what he wanted to say when they Skyped the night before. They went over it twice. She interrupted him when he started to describe the flat. "Don’t even bother. I know what it’s like. Drab and sad and she’s there thinking it’s a vision."

Phil came into the kitchen. He caught the smell of food.

His mam smiled. "I thought you’d like something different."

Meatballs were his favourite. There was so much grinding and dicing, his mam used rarely make them. He slipped off his coat and stood by the door. He was hungry, but didn’t feel it. His stomach was tight.

"Get yourself a glass of milk, take a seat."

Phil tried to remember the last time he’d had meatballs. It might have been two years ago, before she’d stopped cooking at home altogether. He sat into the wooden chair and glanced around. The kitchen had started to feel more lived-in – when she first came there was hardly a cup in the place. She’d gotten a glass-doored cabinet, and made an effort to fill the shelves. There were framed photos of him and his sister that she had taken from the mantlepiece at home. Beside the

small dinner table she’d hung a bland landscape print of seashore. She bought it the week before, said it reminded her of Waterford.

"Not much," Phil said, joining his hands on the plasticky tablecloth. He tried to find something ordinary to say. "We got dates for our end-of-term exams."

He drew a longer breath.

"How are you fixed for them?"

"You’ll be great. Sure you always do well."

His mam served the dinner and sat opposite with a glass of water. She didn’t eat in the evenings.

Phil took a few slow bites. His hunger quickly returned: the meatballs were just too good. The tomato sauce seemed to taste especially rich and to look especially red. It was the plate, Phil thought, or the fork; eaten on this table, in this boxy kitchen, the meal he’d had so many times, on so many birthdays, looked like some fragile delicacy.

"Did you get that bike light?" she asked.

"I’m telling you, get that light."

His mam shifted in her seat, which meant she wasn’t finished.

"You better get that light. You can’t be riding around without an LED one. And they recharge – you’ll end up saving money. Traffic in town has gone mad altogether. You need good lights. Especially with the dark."

"You need to be safe. Because town has gone mad. You need good lights. Get one of those LED ones. Get it tomorrow."

Phil finished the food. His mam got up to give him more.

She flopped spaghetti onto his plate, and ladled meatballs on top. She did it noisily.

"It’s just. You see someone every day. For years and years. And then nothing." His mam returned to the table, set down the food, and took her seat. "He looked different. He looked a state, if I’m being honest. Worse than usual. He’d that same old dirty shirt – in the name of God would he ever change it. You try and try. You can talk yourself blue in the face. But when someone doesn’t want to listen..."

She made a jerking gesture with her hand. When she looked at him, Phil couldn’t hold her eye.

"I don’t mean to be putting anything on you," she said. "I know you’re not really able for this kind of thing."

Phil’s throat tightened. He cleared it.

She rose from her chair, went into the adjoining sitting room. Phil set the kettle going, and scraped his plate into the bin. He started to wipe the sink and counter, to tidy up for her in general, and stopped himself. The conversation with his sister the night before seemed a long time ago. He tried to believe things would be better, that he could make things better, for everyone. The kettle began to rattle in its stand. It clicked and subsided.

In the sitting room his mam was in the armchair. He took his usual place on the couch. She flicked through the TV stations: he saw the familiar Wednesday evening schedule of current affairs, home renovations, chat. There was a zoo documentary show they’d been watching. This episode showed penguins sliding around an enclosure.

His mam tossed the remote. It landed beside him.

Phil watched the penguins. He’d already lined up what he’d say next. He knew to wait. He decided to wait for the tea to cool, for his mam to take a few sips.

"Did you see Downton Abbey are doing a Christmas special?"

He’d read it on an Internet message board. He knew it would be good news to her.

"Yeah," he continued. "It’s meant to be nearly finished."

"Do you ever hear from Aoife?"

"No," Phil lied. He drank some of his tea, kept going. "Sure you know Aoife. Always doing too much."

He checked to see it go over. In her armchair, facing the screen, his mam slowly nodded her head.

"Will she be back for Christmas?"

His mam said nothing.

He turned the volume up to a level she could talk over, but that he could listen to. On the show they’d given all the penguins names, and imposed personalities on them. Dickey, the bold one, was trying to steal fish from the keeper’s bucket. They got a lot of mileage following the story. Afterwards, during the ad-break, Phil offered his mam more tea. She said she was fine, in an easier voice. It made him sit deeper into the couch.

On cue, a re-run of Friends came on. His mam liked Friends.

At the ad-break, Phil slipped the phone from his pocket, to confirm it was eight-fifteen. He always stayed at least two hours. He decided to go to the bathroom, kill a few more minutes.

He avoided his reflection while he washed his hands. He thought of the impression Aoife did of their mam, how it had made them both laugh. What he wanted to say was fair. All he had to do was say it.

His mam was sitting forward in the armchair when he came back. The sound was down on the TV.

She looked at him. "There’s something I want to ask you."

"I’ve been worrying," she began. "I’ve been worried: about you. I know I said something else before but I’ve changed my mind. I want you to move in here. There’s a bedroom for you. There’s plenty of space. You’ll be closer to town. And you won’t be under his influence."

"He’s done something to you," his mam continued, more loudly. "You’re not the same – I don’t know what your father’s been telling you but you’re talking behind my back – I won’t put up with it." She paused and tugged the collar of her shirt. "This is a nice place. The neighbours seem very nice. And I can do you nice dinners. You’ll be better off. You’ll be glad to be away from that kip of a house."

Phil looked at the TV screen. Chandler was waving a rolled-up newspaper. He pointed it at Joey.

"How have I changed?"

"This is exactly what I’m talking about. Something has happened to you. You’ve no manners – no appreciation. You contradict me: you’re forever contradicting me. And it’s him putting you up to it."

"Don’t contradict me. I know it’s him. You were always the soft touch, did anything was asked of you. Are you not ashamed – have you no sense of shame? Yee two. Talking. It’s all any of you ever did in that house. Ungrateful – spiteful is what you are. After all I’ve done. It’s a disgrace. It’s a disgrace what you’re like."

Phil felt heat on his cheeks. He took the remote from the coffee table, and turned the sound up on the TV. His mam watched him a few seconds. Then she sat back, as though the matter were closed.

Over the last three months, the house had become so much quieter. His dad was already different. Phil could see the man was lost, shaken, but free; so much had been lifted from him. The night before, Aoife told him to feel less: "Mam can’t hurt you if you just feel less." Phil closed his eyes. His mam was right about one thing, a change had been coming over him. He didn’t feel the same since he started college the year before. There were so many new people, he was doing so many things; Phil liked himself, the person he was turning into. He joined his hands in his lap. This was the person he reckoned he really was, that he’d been all along. He was good. He was decent. It was only around her that he’d to remind himself.

Phil looked across at his mam, that person, the woman in the armchair. He thought of their next argument. He imagined her shouts, and his silence. Was there no other way? Could he not change his mobile number, and one day just not show up?

In the sitting room, they watched to the end of the show. After that, he stood, because it was time to leave.

As he passed through the kitchen, his mam scooped leftovers into a lunchbox. She was eager for him to take them; he didn’t refuse. In the hallway he put on his coat and zipped it to the neck.

"I hope you have a nice week now."

"We’ll talk about this again. The moving in." His mam smiled. "Nothing will happen until after Christmas."

He went down the stairwell, and hurried through the lobby into the cold. Australia were seven hours ahead; Aoife would be sound asleep. "Just tell her you can only see her once a month from now on. Tell her you’re setting new boundaries. You’re standing up for your needs." That was easy for her to say, from ten thousand miles.

He unlocked his bike. The cycle home was uphill. Phil didn’t know if he had the energy. He rolled onto the street, and set his lamp going, and watched it flash on the changing tarmac.

Listen to the shortlisted stories from this year's RTÉ Radio 1 Short Story Competition in honour of Francis MacManus at 11.20pm from Monday to Friday on RTÉ Radio 1, during Late Date with Cathal Murray, or listen to the podcasts here. 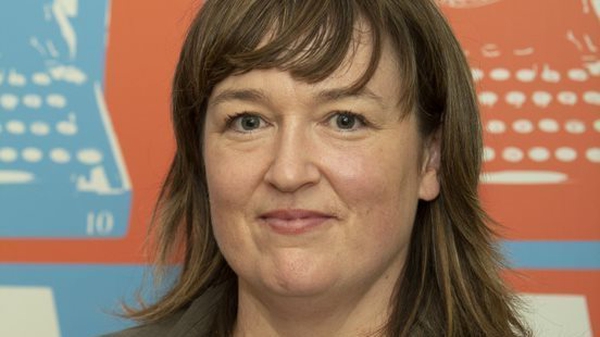