For years, gangs have been looting the ancient treasures of Ireland. In 1990 Jim O’Connor was accused of being involved in stealing a Sheela Na Gig, an ancient stone carving of a naked woman.

Later another Irishman tried to sell ancient Irish stones to a college in the US, leading to an FBI sting operation. But are the two stories connected? Producer Tim Desmond attempts to unravel the story in this weekend’s Documentary on One, A Tale of Two Sheelas - listen to it above, and read Tim's preview of the documentary below.

In January 1990, a stone carving known as a Sheela Na Gig was stolen from a ruined Augustinian abbey at Kiltinan, just outside the town of Fetherd in Tipperary. It was the first major example of these carvings to go missing. The local Historical Society was shocked but motivated into action by the theft, quickly producing a ‘wanted’ poster and running a campaign to have the theft publicized. The story was big, one British tabloid newspaper referring to the Sheela na gig as the ‘Rude Nude’ and putting a value of three million pounds on the stone at the time. The story appeared on radio, television and in the press. Such were the sensibilities at the time that on RTÉ Radio it was simply described as a ‘lewd carving’.

Local man Jim O’Connor, who appears in the documentary, was suspected of being involved in the disappearance of the Kiltinan Sheela na Gig. He became a ‘person of interest’ in relation to the theft and was questioned by Gardai. The strange thing was, Jim was a member of the historical society whose mission was to preserve these artifacts. He also had a personal connection to the Sheela, having grown up around the Kiltinan Castle estate where the carving was located.

The robbery was part of a wider spate of thefts, looting or so-called ‘treasure hunting’ that was gone on around the country for many years. Gangs (and it was often organised gangs, but not regular criminals) had little to fear. Rummaging around on national historical sites in the dead of night in these out of the way places didn’t attract much official attention. In any case, if they were caught, treasure hunters faced very small fines and the ownership of what they found was at best disputed, it could be used in evidence but not necessarily seized by the authorities. Ned Kelly, who also features in the documentary, was keeper of antiquities at the National Museum and worked hard to change the legislation surrounding these crimes. One of the stories in the documentary went a long way to giving the impetus to change the legal status of historical artifacts, and led to a large increase in penalties. This case involved Irish stone carvings being offered for sale in the US, an FBI sting operation and the resignation of an Irish-based Garda linked to the stolen antiquities.

Jim O’Connor speaks publicly for the first time about being questioned about the theft of the Kiltinan Church Sheela na Gig, and how he felt about the accusation. In another intriguing twist, Jim offered to carve a replica of the missing Sheela na gig for the Fetherd Historical Society, which he completed and was planned to be installed in Kiltinan church to replace the stolen original. The replica was to be unveiled at a special ‘Gig For Sheela' at the town walls in August of 1991.

The night itself was a success, but there was a dispute involving the replica which remains unsolved to this day. For the documentary, Jim takes me to where the replica of the Kiltinan church Sheela now lies, among damp grass and mossy trees at a location on the Beara Peninsula. Jim hopes at some point that the replica will be installed in the Church, so that the public can visit and admire his work.

Sheela na Gigs are strange, varied and sometimes frightening to look at. There are up to one hundred of the carvings in Ireland, some in the UK and a few in France and Spain. Theories about Sheela na Gigs fall broadly between those who say they were intended to scare and those who say they were to help in the process of giving life. Nobody can say for sure who made them or prove exactly their purpose. They have been hacked off the walls of churches and buried over the centuries so they clearly evoked strong reactions and were important at some point in history.

The original creators of the stone carvings remain a mystery. There are virtually no written accounts of their existence or the reason for their creation until the middle of the 19th century. Barbara Freitag an academic who studied the stones says in the documentary that she believes Sheelas were carved in the folk tradition as a way of helping women through child birth. They were a touchstone, used in ways similar to other parts of the world, helping women summon up the beneficial magic that would allow for a good birth. The other main theories suggest the Irish carvings arose as a result of the Norman conquests and they were medieval adaptations of Romanesque carvings and designed as warnings against the sin of lust. Other academics believe they were made and placed on buildings to ward off evil or scare off invaders. A further theory suggests the carvings were connected to Celtic female goddess worship. Whatever their intended use, the figures are protected archeological artifacts and like the stolen Kiltinan Sheela, they are valuable to unscrupulous collectors.

Ned Kelly says that in spite of the legislation and the increased vigilance, theft of antiquities still goes on. There remains a market for these items, and it is virtually impossible to police all the historical sites all of the time. Ned also gives his opinion on where the Kiltinan Sheela Na Gig might be now, and who might have stolen this priceless piece of Ireland’s heritage.

In making the documentary, I believed I would learn about the secrets of these stones, but in the end for me at least, the mystery and the mischief of the Sheelas remains.

Documentary on One, A Tale of Two Sheelas, RTÉ Radio 1, Saturday September 15th at 1:00pm - listen to more from the Documentary On One team here. 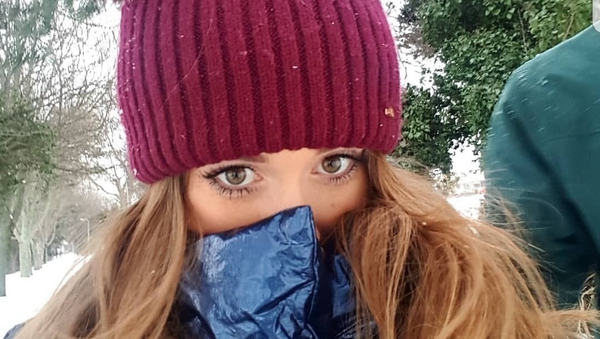 The hours that changed my life forever - Documentary On One