With former winners including Claire Keegan, Molly McCloskey and Nuala O’Connor, the RTÉ Radio 1 Short Story Competition in honour of Francis MacManus is one of the most prestigious in Irish literature and being asked to be a judge this year was both a huge honour and, I have to admit, rather daunting.

As a writer myself, I know how it feels to be reviewed and, on occasion judged, and with this particular power came a definite sense of responsibility.

Still, they do say that sitting on an interview panel is the best way to improve your own interview technique and I hoped that judging the competition would provide me with an opportunity to learn as well as evaluate some of the best new writing out there.

Anyone who loves reading will appreciate my excitement when a large envelope – white, rather than brown for those sniggering at the back – landed on my desk. I decided to read the entire pile straight through, just as if I’d come across them in a short story collection, and then go back and examine each one in more depth.

I can’t think of a nicer way to spend an afternoon than in a room with fellow bibliophiles having an animated discussion about lots and lots of words.

After the initial read, one story leapt out at me, in fact I was so impressed by it I felt sure I had my winner already! I did of course read and reread the others but that one had lodged in my brain and was, for me an early front runner. After my second reading of the entire pile I gained a more concrete idea of what I was looking for and that can be summarised by the word  ‘complete.’ The stories were wonderfully varied, we got everything from humour to horror as well as the more traditional ‘dysfunctional Irish family’ tale. But the stories that worked were the ones that managed to create an entire world in just a few pages with plot, character and voice working together to create work that was wholly believable. Believable, in this context doesn’t have to mean ‘realistic’, in fact some of the more unusual stories in the initial bundle made it all the way to the final ten. But the best stories had their own internal logic and left the reader feeling completely satisfied.

After digesting the work, the judges met in person to discuss their top, middle and bottom selections. I can’t think of a nicer way to spend an afternoon than in a room with fellow bibliophiles having an animated discussion about lots and lots of words. When we compared our lists, some stories were clearly going to be in the top grouping while others, equally clearly just hadn’t made the grade. But despite a fair amount of agreement we also had plenty of others to argue about and it was fascinating – and educational – to listen to the other judges discuss what had appealed to them. My mind was changed about at least one story because of another judge’s passionate argument.

My ‘runaway winner’ wasn’t picked as a definite finalist by the other judges but it was in their ‘middle ground’ and eventually made it through to the top ten. Then came the really interesting part – the top ten stories were recorded by professional actors and emailed to us. I was lucky enough to be on holidays in Portugal when they came through and spent an idyllic hour lying by the pool listening to them. But then I got up and walked around the complex and our apartment, anxious to put myself in the mind of people who might be listening to the radio in the kitchen or the car. What worked, what would really hold my attention? Which story would distract me from a traffic jam, which would ensure I did not change the dial?

So what won the day? Memorable characters, pace, vivid language all pushed stories towards the winning post.

It was then I realised that my absolute dead cert winner had been overtaken by other possibilities. Some of the other stories were, quite simply, ideal for radio and after repeated listens my favourites were shuffled, rearranged then shuffled again.

Later, the judges had one final discussion about our top three. Interestingly two of us had almost identical lists, while a third judge had made a contrasting selection.  But we were all happy when the final list was decided on.

So what won the day? Memorable characters, pace, vivid language all pushed stories towards the winning post. Humour was also important – I felt some of the stories on the long list were on the bleak side of serious, and it’s good to remember that humour, when used properly, can also tell a story and make a serious point.

But in the end all of the stories – and the overall winner – gave me that sense of completion. They all created a world you would want to spend time in, they would even make a traffic jam easier to bear. It was a privilege to judge them and I learned as much from the process as I contributed to it. I hope the listeners to the final selection will feel the same.

The RTÉ Radio 1 Short Story Competition in honour of Francis MacManus winners for 2018 will be announced on September 12th - you can read the shortlisted entries in the coming weeks on RTÉ Culture. 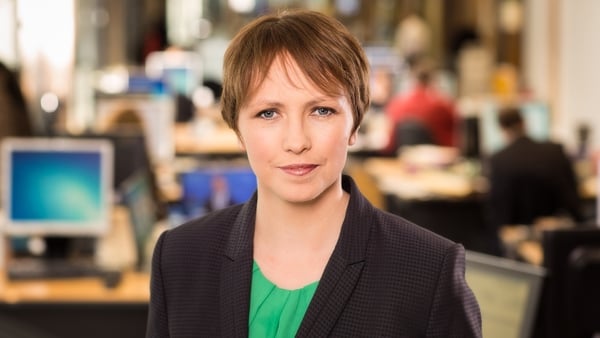