In Dermot Bolger’s new novel An Ark Of Light, we follow the eventful life of Eva Fitzgerald, as she embarks on a remarkable journey of self-discovery. It takes her from teeming Moroccan streets, to 'Ban the Bomb' protests in London, to the Serengeti plains of Kenya and ultimately to a caravan – the ark of the book’s title – in a field in Mayo.

This extract, from the chapter entitled 'The Moonlight Sonata', occurs on the night after Eva find the body of her son, Francis, a young gay man who has committed suicide in London in 1966, and she takes momentary respite in the garden of one of his gay friends before trying to phone her daughter in Kenya with the news.

Without Alan she would never have got through that night after the police and ambulance men arrived, with Jonathan’s basement flat sealed off like a crime scene. The detective in charge insisted on her phoning someone. Alan knew what had happened from the tone of Eva’s voice before she even told him. It was Alan who collected her from the hospital to which Francis’s body was finally taken in the early hours and then drove her back to his own basement flat. He was calm and quiet, instinctively sensing that she would wish to sit out in the moonlight on the wrought-iron patio chairs, near the herbaceous border that Francis planted last year when painstakingly remodelling Alan’s lawn. Eva could imagine her son carefully planting each bulb, conscious of their need for light and space. His personality seemed to radiate from the arrangement of shrubs, his handiwork even more beautiful now that the clouds had cleared to reveal the constellations of stars.

Alan urged Eva to have a stiff gin but she declined and requested instead that he simply take her hand. He sat beside her on the patio, never complaining even though Eva knew she was gripping his hand so fiercely that his fingers must be crushed. But she could not let go. As a fellow Scorpio, Alan understood that what she needed most was silent support. She made him promise not to call his two young nieces who lived nearby. They were wonderful girls, full blooming roses, but they would want to wrap their arms around Eva and kiss and console her when just now she wanted nothing like that. Her grief was too real for physical intrusion. It felt as if her life before finding Francis’s body had belonged to someone else. She found it impossible to imagine ever rising from this patio to resume living. But she could not allow herself to think selfishly like this because Francis had left her detailed instructions. She had urgent telegrams to send, although she didn’t know how she would find the strength. Closing her eyes, she tried to relax her grip on Alan’s hand, but pain had locked her fingers into a tighter vice than arthritis ever could. The French doors were open, lamplight spilling out. Alan winced silently, trying not to complain. Eva finally managed to relax her grip. She saw how discoloured his palm was where her nails had dug in and apologised for hurting him.

‘That’s okay,’ he said. ‘You could dig your nails into me all night and I still wouldn’t feel a fraction of the pain you’re surely in. Do you want me to try again to see if I can put a call through to Kenya?’

Eva shook her head. He had already tried to contact Hazel twice without success. Just now she could not bear another wait while a London telephone operator contacted other operators in a line stretching to whatever remote telephone exchange was closest to Hazel’s plantation, only for the chain to break down or Hazel’s phone to ring unanswered. There was a new darkness hidden within Hazel’s life in Africa that Eva felt she was being shielded from, an unspoken unhappiness lurking behind the brisk tone in Hazel’s letters. But Eva longed to have Hazel with her in spirit at least, because Hazel and Alex were all that Eva had left now to root her to this earth. A memory returned of rocking Hazel to sleep on her knee in Glanmire House when Hazel was a child, after placing Hazel’s favourite record, Beethoven’s Moonlight Sonata, on the gramophone as a bedtime treat. Eva glanced at Alan.

‘Do you have the Moonlight Sonata?’ she asked

‘I wonder could you possibly play it for me.’

Alan rose and after a moment she heard the record start in the room behind her. The music seemed to draw Hazel’s essence closer and Eva wanted to believe that, whatever Hazel was doing now, her daughter would intuitively hear those notes inexplicably surface in her consciousness. Eva rocked slowly in the chair but this time her arms were empty; her arms that had held Francis moments after his birth and sensed her true purpose in life. She tormented herself with guilt for not having done more. There were enough signs if she had only allowed herself to read them. But, even amidst her grief, she took a curious comfort in the fact that his suicide had been no hasty decision. Francis had taken back control of his life. During his final hours he was methodical and calm in how he arranged everything. This was how he would wish her to behave in the terrible days ahead. She closed her eyes until the sonata’s first movement ended.

'That’s my favourite part,’ Alan said softly. ‘I love the quietude, barely ever a whisper above pianissimo. Would you like me to play the start again?’

Eva opened her eyes to see Alan crying softly without making a sound.

‘No,’ she said. ‘We have too much to do for Francis. Maybe you could try the operator one more time to see if we can get through to Kenya? Hazel will want to travel to London. She will know exactly what we should do.

An Ark of Light is published by New Island Books, RRP €14.95 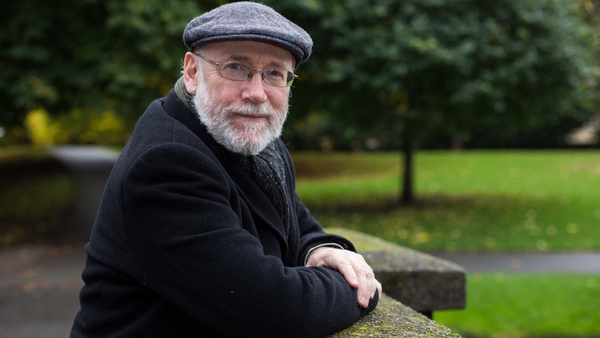 Something For The Weekend: Dermot Bolger's Cultural Picks