Dublin Fringe preview: Dynamic duo, siblings, and former band-mates Maud Lee & Zoe Ní Rioidáin (aka Maud in Cahoots) have created a unique piece of theatre for this year’s Dublin Fringe - Everything I Do plays at Project Arts Centre, Dublin, until Saturday, September 15.

Below, Maud writes for Culture about a very personal project.

This show is very personal to us. It’s about connection, an attempt to express the inexpressible. An exploration of codependency, rooted in the idea of how we often find it easier to say what we need to say to strangers rather than to the people we’re closest to.

Zoe has directed all of our previous work for theatre and I have performed. This time we’re trading places. Zoe will perform, and I’m in the director’s seat. It’s inspiring to change roles, to take on new challenges, allowing us to bring new things to our work by seeing our process from an entirely new perspective. It’s making us stronger, and shaping the future of our new company.

We started ONE TWO ONE TWO as a way to create a more inclusive home for the art we want to make. This progression from our band Maud in Cahoots allows us to explore the full potential of the songs we write and experiment with different contexts for performance.

It’s about connection, an attempt to express the inexpressible. An exploration of codependency, rooted in the idea of how we often find it easier to say what we need to say to strangers rather than to the people we’re closest to.

We are interested in bringing our pop sensibility and songs into avant garde theatre. We write concept albums and stage them in theatres. We haven’t recorded either of our previous two live concept albums – The Well Rested Terrorist (Peacock, 2014) and Recovery (Project Arts Centre, 2016). We were committed to the idea that you had to be at the live performances to hear and experience the album. We decided to record Everything I Do. We want to offer audiences the opportunity to bring the show home with them. Experience it in a different way, in a different context outside of the theatre space. We recorded the album with Simon Cullen of the band Ships, the Choice Music Prize winners in 2017. We are really excited about what comes to life in the recorded versions of the songs.

Zoe wrote the songs for this show in a shed at the end of her garden, then went to Italy for a residency while I was having a baby. Zoe had to perform the piece herself, as I wasn’t around and we realised that this was the best way to present the show. It has been a challenge for both Zoe and I to switch roles. It is difficult for Zoe to turn off the director’s voice in her head and allow me to take the reigns and it is daunting for me to take on that role but it has been a really eye opening experience. One that will make us both better theatre makers.

This show means a lot to us and we are really excited to bring it Dublin Fringe. Everything I Do has been made for the audiences that will come to see it. It is filled with love and commitment. 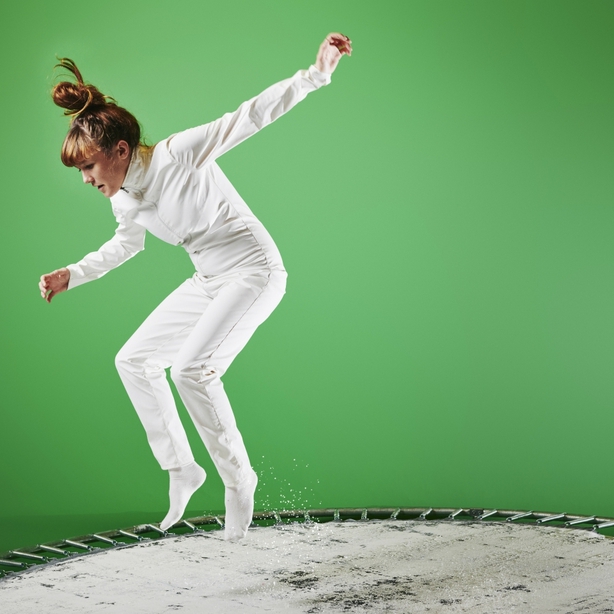 Everything I Do is for you. See you at the show.

Everything I Do plays at Project Arts Centre, Dublin, until Saturday, September 15th, as part of this year's Dublin Fringe - more details here.