Find out more (and get tickets) here.

RTÉ is marking Culture Night by bringing its popular open-air concert to a new location at the National Museum of Ireland Collins Barracks on Friday 21st September.

The free two-hour concert will broadcast live on RTÉ Radio 1’s Arena from 8pm-10pm and streamed live here on RTÉ Culture. NB: This concert is free to all, with no tickets required.

Arena’s Sean Rocks presents an evening of live family entertainment in the company of the RTÉ Concert Orchestra and very special guests, presenting an exciting mix of live music, theatre, comedy and poetry from both established and emerging Irish artists. The concert will also feature a choir of 140 members of the public from around the country.

Gavin James - The globally acclaimed singer-songwriter pays tribute to The Cranberries' Dolores O'Riordan with a performance of Linger.

Waterford Whispers – Will perform their unique brand of news, live

Members of Horslips & Paul Muldoon – New poetry and music in a unique collaboration, specially written for this concert

Mick Flannery & Amanda Coogan – Music and performance combine, for the first time, to create a poignant reflection on the struggles of women in Ireland

Claudia Boyle – ABBA classics from the talented Irish soprano, with a twist, or two

Doireann Ní Ghríofa – Recital from award-winning bilingual poet, in both Irish and English

Moxie - A performance – with special guests – from musicians creating a new brand of Irish music heavily influenced by electro, jazz, house, and rock. 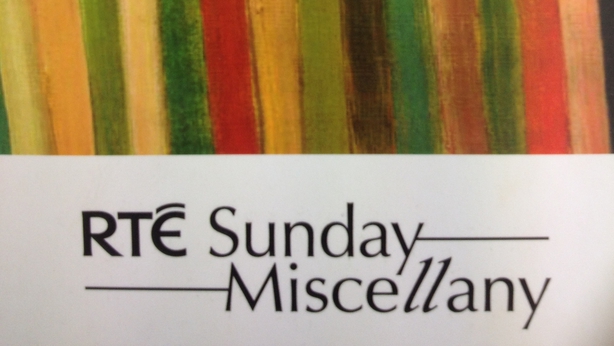 In addition to this free open-air concert, from 4-8pm there will be a wide range of free ticketed live radio recordings, talks and performances throughout the National Museum of Ireland Collins Barracks. Culture Night attendees are invited to be part of the studio audience for live recordings of a plethora of arts and culture programmes for RTÉ Radio 1. Get a front row view of these radio shows in the making, and get up close and personal with a host of guests, artists and panellists as they discuss the broad and the narrow aspects of our Culture, past and present.

Culture Night with RTÉ will also feature Banter talks with Jim Carroll and a trio of guests about the role and influence of arts and culture on their lives and work:

Culture Night with RTÉ will also be at the National Concert Hall, where RTÉ Cór na nÓg and the newly formed youth choir, RTÉ Cór Linn will perform on the steps of the John Field Room (from 6-6.20pm). In the main auditorium, from 7-9pm, the RTÉ National Symphony Orchestra with Principal Guest Conductor Nathalie Stutzmann and soloists will perform Rossini’s William Tell Overture, Mozart’s Sonfonia Concertante for Violin, Viola and Orchestra and Dvořák’s Symphony No.7. If you can’t make the concert, Paul Herriott presents the concert live on RTÉ lyric fm’s The Lyric Concert from 7.30pm. Get your tickets here.