An all-star cast gathered in RTÉ earlier this month to record a new radio play written and directed by legendary filmmaker John Boorman, to be broadcast on RTÉ Radio 1 this September.

Produced for Drama On One, Domestic Robots is described as 'a speculative fiction of our future, robot-assisted lives, satirizing our expectations of robot servants. Brendan Gleeson and Stephen Rea lead an impressive ensemble cast that includes Eamon Morrissey, Rory Keenan, Kathy Rose O’Brien, Marion O’Dwyer, Enda Oates, Helen Norton and Boorman himself, who serves as narrator.

Gleeson and Rea previously starred in a trilogy of acclaimed Drama On One plays by Boorman, The Hit List, 2020 and After Life.

Listen: Drama On One: After Life by John Boorman

Now 85 years old, the veteran British filmmaker, a longtime resident of  Annamoe, County Wicklow, remains as active as ever - in recent years he's published his first novel, Crime Of Passion, and directed Queen and Country, a sequel to his Oscar nominated 1987 film Hope and Glory.

"Just as generals are always fighting the last war, so politicians are fighting the last election, or more often, elections of 20 years ago. The almost religious belief in the wisdom of the Market excuses its advocates from thinking about its catastrophic effects in a rapidly changing world. In writing this play I have made the optimistic assumption that a visionary statesman will arise. He, or more likely she, will see that robots are creating huge wealth and mass unemployment. She will appropriate that wealth to the state and provide every adult with a comfortable stipend, an arrangement already in place in some countries.Wind and wave energy will provide all the electricity the nation requires leaving a huge surplus which will be exported. Our leaky old water pipes will be cleverly replaced by inserting new pipes inside the old ones.  This will create a water surplus which tankers will ferry to the Middle East. Ireland’s rain will become its greatest asset and clean water will cost more than oil per gallon. All-electric vehicles, clean energy and vegetarianism will solve climate change.  Nations will agree to reduce their populations to the level that the planet can support. All nations measure their success by growth of GNP. They will have to learn that growth is the one thing we can no longer afford. As all our needs are satisfied by ordering through our domestic robots, money and currencies will simply wither away, as Karl Marx predicted it they would. The pressing problem will then be how to prepare people for a post working society"

Produced by the Drama On One team of Kevin Brew and Kevin Reynolds, John Boorman's Domestic Robots will air on RTÉ Radio 1 on Sunday 23 September 2018 at 8pm. Listen to some classics from the Drama On One archives here. 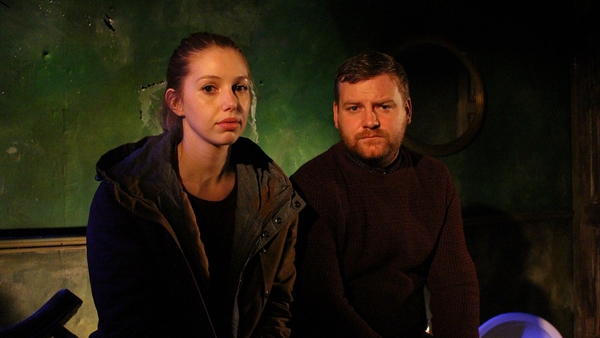