Notes to Self is a collection of personal essays by Emilie Pine, who lectures in the School of English, Drama and Film at UCD – it is the first non-fiction title published by Tramp Press.

We're delighted to print an extract from the essay Something About Me.

I had no friends in school. I misunderstood how to make friends: I talked too loudly, or I cared too much what they thought about me. I didn’t know the rules.

And then, at ten years old, I found I had a talent for hunger.

Being driven home after school, I told the car-pool mum that I hadn’t eaten anything at all that day. And – this was the punchline – I wasn’t even hungry. She told me not to be stupid. I elatedly insisted that no, really, I didn’t eat anything, all day. And then, believing me, she made me eat the leftover crusts from her daughter’s lunch. This was not the reaction I wanted. I choked back my tears, chewing resentfully, and decided that I would not expose myself again. I would not tell anyone about my victory over weakness. I would just do it. And this actually made not eating better. Because now I had something, a secret weapon, that was mine only. Not eating, I felt clean and light. And powerful.

I had always been a thin child, and no one really noticed that I started to get a bit thinner. I ate a few mouthfuls of breakfast cereal on days when my mum demanded it. If she forced me to eat more, I would make myself throw up. One day, when I had to finish a whole bowl of cereal, I threw up on the hall carpet, just to make a point. It was too much hassle for my mum, one thing too many, on a morning when she was already running late. ‘God, isn’t it enough?’ she said. ‘Get in the car.’ I wasn’t quite sure what she meant by ‘isn’t it enough?’ and I feared I’d gone too far. But after that the pressure to eat breakfast lessened.

I always ate one full meal each day at dinner time and so I never got dangerously ill or thin. I did get sick all the time and I fell quite a lot, a combination of clumsiness and faintness. In fact, I was in and out of the emergency department in the Children’s Hospital, often with sprained wrists or ankles, getting to know the faces and names of the nurses and admission clerks. I remember one injury that was so bad that my mum had to take a week off work to look after me. We spent the days making a cardboard doll’s house together, and she cooked me my favourite foods. It was a rare period of calm and closeness. I ate. I began to feel better. When I went back to school at the end of the week I was briefly popular for allowing the other kids to race with my crutches. But soon enough I went back to not eating. I stayed at my desk during lunch break, with a book.

I was increasingly anxious. I started not sleeping. I would lie in bed, dissecting and rephrasing everything I had said during the day, reflecting on everything I had got wrong. At this stage I was probably eleven. My mum took me to the doctor, concerned at the dark circles under my eyes and my constant tiredness. In the consultation room, the GP asked my mum to leave us alone, and then he asked me if there was anything I was particularly worried about. I said no. I don’t remember the other questions, but I do remember feeling that if I said nothing, they wouldn’t find me out. When my mum came back in, the doctor commented on my thinness, and

asked if I had an appetite. He weighed me on one of those old-fashioned scales with weights and balances. I watched his thick fingers move the slider. ‘She’s underweight,’ he said, to the room. And I thought to myself, ‘This is it, this is the moment I get noticed.’ My mum then recounted how greedily I ate when I was given a chicken sandwich. They laughed.

In the car, Mum asked me if I had told the doctor what I was worrying about. I stared at my lap, and shook my head. She got annoyed and told me that she had had to take the afternoon off work, and that doctors were expensive. Her voice was sharp with money worries. I resolved that in future I would not tell her if I hadn’t slept. And that I would not tell her that I just wouldn’t let myself sleep. That it was another rule, another form of control, another punishment.

I spent years following my hunger regime. But when I got to secondary school, I needed more to get through the day. One morning, at the school assembly, I started to feel weak. First my sight went, but I could still hear the announcements and I could stand in my place, swaying forward a little. Then a loud buzzing filled my ears and there was total blackness. I let go. The girl who stood next to me in the line told me afterwards that I made a loud bang as I hit the parquet. The school nurse was dismissive when I confessed that I’d forgotten to have breakfast. In fact, my constant refusal of breakfast had become such a battleground at home that my mum had recently pursued me to the bus-stop, still in her dressing-gown, armed with a piece of toast.

At least, at this point, I had friends. By thirteen I had begun to find people who seemed to like me – who did, in fact, like me. But it took me a long time to let myself believe that. Perhaps the most corrosive aspect of a lonely life is not the time spent alone, but the time spent in a crowd, feeling left out.

My new friends noticed my thinness. Everyone did. Other parents and teachers commented on it. When it was seen as a problem, I was called ‘skinny’, a label that thrilled me. Mostly I was described in coded ways that I knew proclaimed thinness a ‘good thing’, with words like ‘slim’ or ‘slender’. I was smart at school, could act confidently (for which, read ‘loud’), and tell funny stories. But being thin, with jutting elbows and a fretboard of ribs, was the only skill I valued.

Notes to Self (Tramp Press) is out now. 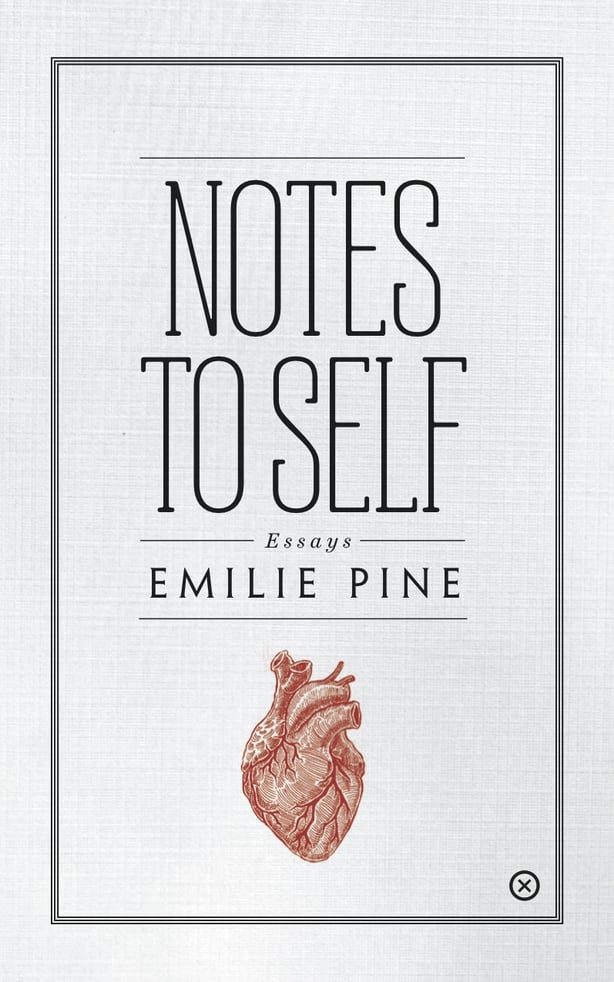 About The Author: Emilie Pine is Associate Professor in Modern Drama at University College Dublin, Ireland. She has published widely on Irish culture, including reviews for RTÉ’s Arena, Irish Theatre Magazine and the Irish Times. Emilie has contributed to numerous academic publications as well as to the Stinging Fly. She is editor of the Irish University Review. Notes to Self is her first collection of essays. 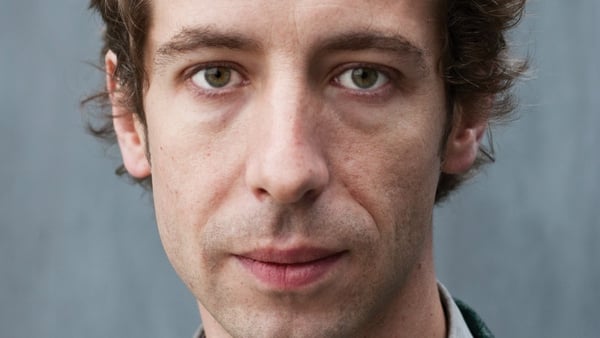