Continuing his occasional series on the history of record labels, Jim Carroll joined Sean Rocks on Arena for a look back at the rise and fall of the trailblazing label, and you can’t talk about Factory Records without talking about founder Tony Wilson.

"Tony Wilson was a one-off. He truly was. He was a broadcaster, he was a music mogul, he was an activist, he was a trouble maker, he was nuisance, he was a football fan, he was an innovator and he was irrepressible. He was Mr Manchester in many way."

The label created a sound that would influence music for decades to come on an international level, but it always stayed true to its Mancunian roots.

"The great thing about Factory Records in many ways Sean is it chronicles and documented what happened in that great industrial city. It chronicled the way the city would basically look at and reform its past and the way it would look to music in many ways as its future… It then led into the Mad-chester of the Happy Mondays and the Stone Roses."

Music and certainly not profit led the way within the label which would ultimately lead to its bankrupcy.

"It was art for art’s sake in many cases with Wilson and there was money lost left, right and centre…  For example, one of the biggest hits was New Order’s Blue Monday - but every single copy lost money because the original sleeve was so expensive so every time people bought the record and it was pressed up, it cost him money so they never made any money on it."

The Haçienda night club was another example of a wonderful artistic idea from Factory Records that ultimately missed the mark financially.

"They took over what used to be a yacht sales shop and they opened a club. It was informed by basically New Order were travelling a lot, they were going to places like New York, they were seeing great club there and they wanted something like that back in their hometown… In the early days, it just didn’t take off because they were selling the drink too cheap and the door price was too cheap so again losses were being accumulated.  By the time they got things in hand and by the time they realised that OK, hiring in DJs like Mike Pickering and going for more like the house and techno stuff that was breaking through, at that stage, the people who were coming in through the door were all taking ecstasy, they weren’t going buying drinks, they kept losing money. It became a great folly. It was an amazing club, fantastic club." 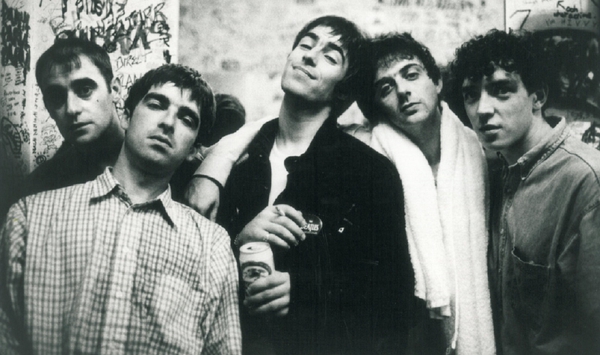 Jim Carroll on Creation Records - it's only rock 'n roll