The Vodafone Comedy Festival lands in Dublin's Iveagh Gardens from Thursday 26th - Sunday29th of July. With it comes a host of international acts featuring alongside our own homegrown talent.

We sat down with comedic heavyweight Jason Byrne to find out what separates the Americans from the Irish.

"I would tour around Britain and Australia and all, but I don't do a lot of stuff in America so this [Vodafone] gives me a chance to see those American acts. I think it was last year you had Bill Burr playing there, and Bill was only getting up in Ireland, you only barely knew him, and now he's massive."

However, Jason admits that not every international act has the same success as Burr on their first night and that's down to one fundamental difference between the Irish and the Americans.

"The thing I enjoy about watching the American acts is that a lot of them will come over and on the first night and just make an absolute arse of it because the one thing they don't understand about Irish crowds is that they don't clap every time you stop talking," he laughed.

While we can't paint all Americans with one brush, the country is particularly famous for producing comics with snappy one-liners - think Rodney Dangerfield, Demetri Martin and Stewart Francis.

On the other hand, we Irish like to settle into a story, like expert yarn-spinners Dara O'Briain, Aisling Bea, Neil Delamere, Jarlath Regan, P.J. Gallagher, Alison Spittle, Joanne McNally... you get the idea.

Despite this small culture clash, Jason highly recommends giving the American acts a chance - sure, they're only on for twenty minutes.

"You're going to see a mix of acts from all around the world, and we all do about twenty minutes each. In Ireland, we're the only people that would see that there are four acts and say, 'Oh brilliant, because if I don't like the second one, I'll probably like the third one...' Everybody else in the world goes, 'Oh, wow, four acts!'

With over 100 acts over the four days, who would the Dublin man recommend seeing? Well, he had quite the list...

"Abandoman, he's brilliant, absolutely go and see him. I've never seen Aisling Bea be bad, she's doing unreal. Alison Spittle is really good. [...] Andrea Farrell, excellent. Aoife Dooley, oh my god, yeah, she's good as well. Barry Murphy now, he's the godfather of comedy so you have to go and see him, he'll be MCing. Billy Wayne Davis, I don't know who that is, so that's going to be good. Bernard O'Shea is brilliant..."

Get Jason's full list of recommendations as well as his plans for Edinburgh and his new children's book in the interview above. Also: Please excuse the sound, our mic died unexpectedly #RipMic

Tickets for the Vodafone Comedy Festival are on sale now. 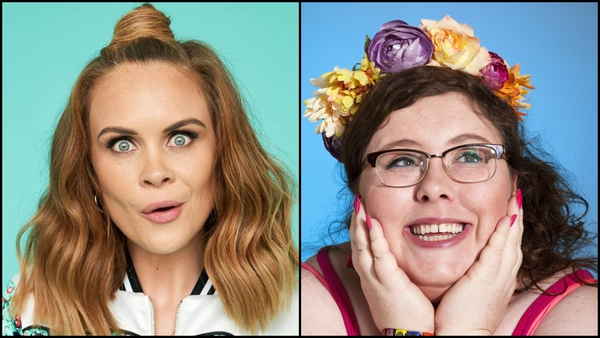