Who is Roger Doyle? He is one of Ireland's most internationally acclaimed composers and has been making music for five decades. His work ranges from orchestral, to minimalist piano to electronica, where he earned the nickname 'The Godfather of Irish Electronica'. He has released 27 albums and worked on numerous stage productions and several Irish films, but outside of Dublin's small arts scene, most Irish people are unaware of him.

Now in his late 60s, he composes every day, fired up by a relentless work ethic. He doesn't mind the obscurity and publishes his own music on CDs and for download from his Bandcamp page. His music attracts a modest but loyal following, particularly abroad.

In 2016, I filmed fly-on-the-wall style, the preparations for Roger's first electronic opera. Heresy is a surreal, visually striking production about the Renaissance philosopher Giordano Bruno. Bruno is famous for flying in the face of Catholic doctrine of his time by daring to suggest that the universe was infinite and that Earth was just another planet, not quite the centre of the universe that the Vatican believed. The Vatican took this quite badly and Bruno was burnt at the stake in 1600. This rich, dramatic backdrop was perfect material for Roger's music and as the actor Morgan Crowley who plays Bruno, was being burned alive on stage in the Project Arts Centre (the illusion created by a video of flames being projected on stage) I realised that this opera might just be one of Roger's finest works, and certainly one of the most striking things I'd ever seen in an Irish theatre.

Aside from the opera, the film also looks back at Roger's long career and those sections are a trip through both his music and the Irish avant-garde theatre and film scenes of the 1970s and 80s. I first met Roger at the Film Fleadh way back in 2004. where fittingly this film will now be screened. His music intrigued me; it cast a spell and I began having notions of making a documentary about him, though nobody seemed interested at the time. And then, many years later when I finally decided to make an ambitious feature documentary, still no one was interested - but I filmed it anyway. Thankfully, after seeing a rough cut, Screen Ireland liked the film and helped me to complete it.

I first filmed Roger in 2005 in Whelans, where Roger was performing with a group of other electronic musicians. Roger was playing, what looked like a large goldfish bowl. It was a clear plastic globe fitted with electrodes and when struck, the reverberated sound was amplified so it became a weird percussion instrument. While he was playing this, a young woman appeared on stage and started ranting in improvised Finnish gibberish. It was quite a night. I didn't know what I had just filmed, other than it was strange and exciting and politely outrageous. That was the start of my journey through the musical world of Roger Doyle, culminating in his, at times, mind-blowing opera.

Roger's long-time collaborator, the actress Olwen Fouere, believes his music really does come from outer space, and after studying Roger for quite some time, I conclude, she might be on to something... 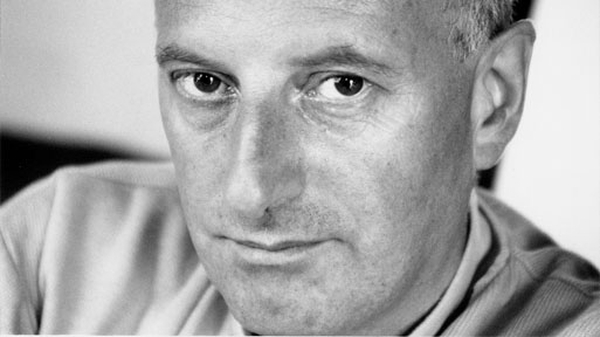