Tracy Martin's debut play Wrapped is a comedy with a sharp edge that explores the unlikely symbiotic friendship that develops between two women going broke - listen to the RTÉ Drama On One presentation of Wrapped above, and read Tracy's blog for Culture on the play's genesis below.

Wrapped was the first ‘serious’ play I’d ever attempted.

I had written and performed comedy sketch shows before and hadn’t considered writing properly until I started my own theatre company and realised how expensive the rights to other peoples plays were! At that time, I was a bit fed up at the female characters I was seeing on stage. I couldn’t recognise myself in any of them. They were all a bit forlorn, pining after their sons or their husbands or their bit of land. Good women in corsets that bad things happened to. The women I was surrounded by weren’t like that. The women I knew partied hard, made mistakes and blamed no-one but themselves…though a few did like to wear corsets.

My aim, as the director of the play, was to make sure the audience barely had time to take a breath or get bored, so it’s very fast-paced.

I was also fascinated with the idea of people making life-altering bad decisions and how the desperation of poverty can push people to commit criminal acts. Years previously I had travelled around India and on one occasion I sat in a bar watching an English guy swallow tiny balls of wax covered charas (hash). He was flying home the next day and was happy enough to tell us that’s how he paid for his travels. I met another couple on that trip who managed a printing company and they talked about how they had perfected the colour copy of a certain rupee note and had sourced the perfect paper to print on. The only concern either the charas guy or the printing couple had was getting through customs. How do smugglers hold their nerve while going through airport security checks? The elation of not being stopped must be thrilling. The absolute feeling of doom when a security officer asks to search you is something I can’t even comprehend.

So Wrapped was written and the two main characters Ali and Lisa were born. In the original production in Dublin Fringe Festival 2014 they were played by the fantastic actors Aoibheann McCann and Andrea Cleary. I adored watching the two of them catapult around the stage bringing the story to life and was quite taken aback with how well audiences reacted. My aim, as the director of the play, was to make sure the audience barely had time to take a breath or get bored, so it’s very fast-paced. It rockets along as Ali and Lisa start their friendship, explore Dublin's nightclubbing scene, travel to India and ultimately make a life-changing decision.

I was a bit fed up at the female characters I was seeing on stage. I couldn’t recognise myself in any of them.

Wrapped got nominated for the Stewart Parker Award which encouraged me to keep writing. I teamed up with Aoibheann McCann to run our company Red Bear Productions and our next play Harder Faster More also did really well and got nominated for various awards, as did Coast which I wrote the year after. Harder Faster More was recorded by RTE Radio Drama last year and can be found here. The play consists of a series of phone conversations between different women, the general theme being sex and how women are portrayed in a sexual fashion in the media.

I hope you enjoy Wrapped and if you’ve any comments please get in touch via www.redbeartheatre.com 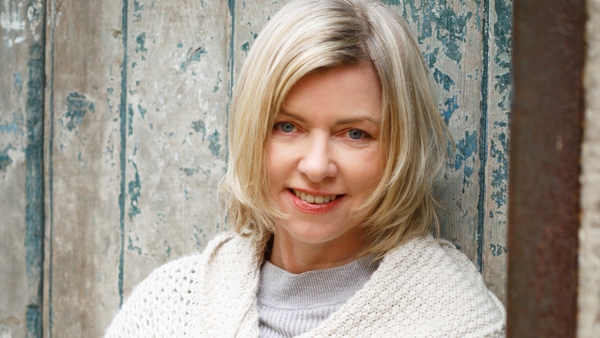 Footloose: Danielle McLaughlin on her Drama On One play