"No seriously, what are you asking me?" said a bewildered Tommy Tiernan, navigating his way through an interview with Dave Fanning with the prerequisite amount of messing in studio, needless to say.

It was a late night followed by an early morning for Tommy, as he was nominated for 3 IFTAs the night before.  "I feel like a loser," he quipped, having scored none of the actual awards, however, Derry Girls, the hit Channel 4 series he stars in, was a big winner on the night. He spoke to Dave what inspires him as a comedian.

"It’s about being funny I suppose… I was listening to Jerry Seinfeld the other day explaining about comedy…  He only talks about stuff that’s interesting to him. So he has stuff to say about paper clips and faucets, that’s what energizes his imagination and that’s what he wants to talk about. He’d never tell a lie on stage.

"He’d exaggerate the truth and that’s his thing. I'd be phenomenally inspired by someone like Flann O’Brien who wore so many different masks that you never really knew what he actually thought about anything, but it was all just to be funny.  Someone like Flann O’Brien is inventive for the sake of play. Someone like Jerry Seinfeld is kind of silly but based on an actual truth so I would be drawn to both of those things."

Of course, Tommy has many strings to his bow, outside of stand up, as evidenced by a recent stint in the Druid’s production of Sive. Tommy reflected very meaningfully on his career as a thespian.

"One of the great things about doing the play was the drinking because often, being a stand-up, I drink by myself in my pyjamas in the hotel room on my own but I got to drink with other people when I was doing the play with Druid and that was a pleasure. That was my main reason for doing it actually, the camaraderie of theatre."

Other important matters were covered during the course of the interview, like, for example, the importance of pyjamas. Tommy is a fan of a classic 2-piece ensemble but removes the top for well-ventilated summertime slumber. Just the top, mind.

"You can’t take the risk of sleeping naked when you have children in case one of them comes in with a nightmare and you’ve to follow them back to the room to reassure them and you’re wearing no clothes. What kind of sleep are they going to get after seeing that?!?  Which was worse, the nightmare or daddy walking out in the nip following me into bed!" 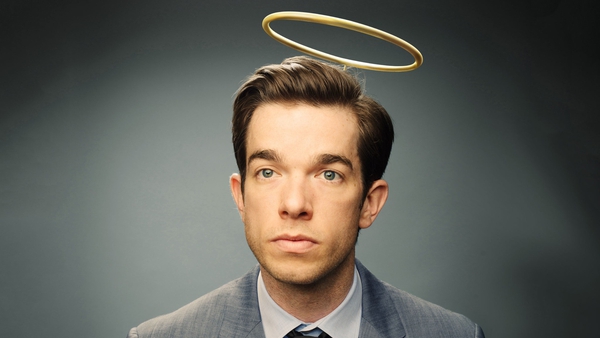 5 of the best stand-up comedy specials on Netflix