Songs for Our Children is the brainchild of Aileen Lambert and Michael Fortune, who over the past decade have brought new energy to the field of unaccompanied traditional song and story in Ireland.

The project brought together a select group of traditional singers from all over Ireland, who spent twelve months beavering away, scribbling, humming and singing, deconstructing and reconstructing what makes a song appealing to children.

This project also set about addressing the need for more child-friendly songs in the traditional repertoire and to encourage young people to engage with songs and enjoy singing in their own natural voice and accent.

Following the inaugural Songs for Our Children concert at St. Aidan’s Primary School, Enniscorthy, Co. Wexford on the 18th May, in the coming months, they will be brought directly into classrooms around the country where children will be introduced first hand to these words, airs and the singers behind them. This innovative project has the support of The Arts Council via their DEIS Award, with further funding and support from The Irish World Academy of Music and Dance, The National Library of Ireland, Creative Ireland and Local Authorities in Limerick, Tipperary, Clare, Wexford, Kildare, Meath, Galway, Fingal, Louth and Waterford.

The measure of this project’s success is not gauged by bright lights or jam-packing cultural venues, but is more about a child’s personal response and connection to the music; songs with engaging stories and airs which they will sing to themselves in the car or in the kitchen for their grannies or with friends in the school yard.

Find out more about Songs For Our Children here. 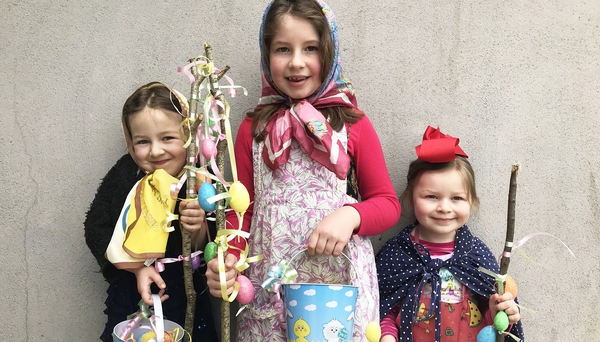