RTÉ lyric fm will celebrate its' 20th birthday in 2019 with three newly commissioned works, to be performed live by the RTÉ National Symphony Orchestra and RTÉ Philharmonic Choir at a gala concert on May 1st next year... and they want to hear from you.

RTÉ lyric fm is passionate about communicating the joy and power of music to all of its listeners. Whether you are listening on beach in Donegal, on a farm in West Cork, up a mountain in Kerry or in a Dublin café, the music they play can transcend the moment. RTÉ lyric fm broadcast orchestral and chamber music concerts from around the world and enable the RTÉ National Symphony Orchestra reach every corner of Ireland via their live Friday night broadcasts.

Now they are inviting composers who were born or are living in Ireland for their submissions using the text below, with a total prize fund of €14,000 available for the winning categories.

Commissions and prize money will be offered in the following categories:

(NB: No composer may write a winning work in more than one category)

Entrants should think about creating melodic, accessible new compositions that will engage the lyric listener and that can ultimately, after its premiere performance, be recorded in studio for repeat broadcast on the station’s prime time programmes. The text for to be set for SATB voices that will be performed by the RTÉ Philharmonic Choir is below. Thematically, Michael Coady's Though There are Torturers expresses the universality of music in a way that chimes perfectly with the motivation for this competition.

Though There are Torturers, by Michael Coady

Though there are torturers in the world

There are also musicians.

Though, at this moment,

Men are screaming in prisons,

There are jazzmen raising storms

Glories of the Spirit.

Though the image of God

A man in West Clare

Is playing the concertina,

The Sistine Choir is levitating

Under the dome of St. Peter’s,

And a drunk man on the road

Is singing, for no reason.

All entrants must submit approximately 1 minute of their proposed score, a 200 word outline of their work and a detailed musical CV including MP3/ WAV audio to support their entry. Submissions should demonstrate a clear ability to write for the forces of their chosen composition.

The competition is open to all composers born or resident in Ireland. Award winners must be available to attend the rehearsals and premiere performance in person. Three hard copies of each of these documents must be posted by 5pm on Friday 7th Sept to: 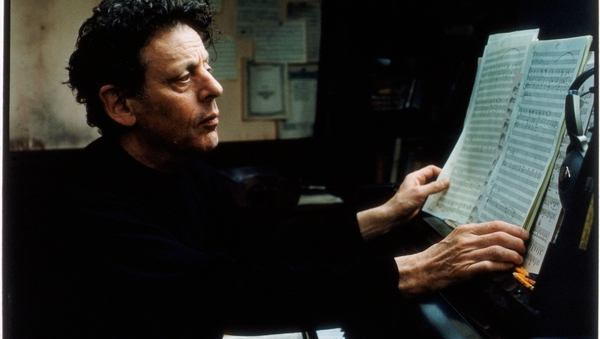