Below, Sarah Gilmartin introduces an extract from Night of the Silver Fox by Danielle McLaughlin, first published in The Stinging Fly, Issue 23 Volume Two, Winter 2012.

Debts are to be paid, one way or the other, in Night of the Silver Fox, a stunning story about a dying man and his teenage daughter trying to keep their West Limerick mink farm from going under. McLaughlin’s empathy for her characters stands out as she vividly depicts a cut-throat rural setting that blurs the lines between animal and man. From her use of nature to symbolise despair and decay, to the pinpoint details that speak to an older Ireland – the faded HB poster in the shop window, the Club Milks laid out for the visitors – this is a story with great authenticity and depth of feeling. And the dialogue, in its drily caustic way, is pure Limerick.

They stopped for diesel at a filling station outside Abbeyfeale. It was late evening, dusk closing like a fist around two pumps set in a patch of rough concrete and a row of leafless poplars that bordered the forecourt. Kavanagh swung down out of the cab and slapped the flank of the lorry as if it were an animal. He was a red-faced, stocky man in his late thirties. As a child he had been nicknamed Curley because of his corkscrew hair and the name had stuck, even though he was now almost entirely bald, just a patch of soft fuzz above each ear.

There was a shop with faded HB posters in the window and boxes of cornflakes on display alongside tubs of Swarfega and rat pellets. ‘Fill her up,’ Kavanagh said to the teenager who appeared in the doorway. Then he spat on the ground and walked around the back of the building to the toilet.

Gerard stayed in the cab and watched the boy, who was about his own age, pump the diesel. The boy was standing well back from the lorry, one hand holding the nozzle, the other clamped over his nose and mouth. When his eyes met Gerard’s in the wing mirror, Gerard looked away.

Three months in and he was still not used to the smell. The fish heads with their dull, glassy eyes; the skin and scales that stuck to his fingers; the red and purple guttings that slipped from the fishes’ bellies. The smell of dead fish rose, ghost-like, from the meal that poured into the factory silos. Gerard shaved his hair tight, cut his nails so short his fingers bled. At night in the pubs in Castletownbere, he imagined fine shards of fish bone lodged like shrapnel beneath his skin and tiny particles of scales hanging in the air like dust motes. The smell didn’t bother Kavanagh, but then Kavanagh had been reared to it.

‘Daylight robbery,’ Kavanagh said when he returned to the lorry. He handed the pump attendant the money. ‘Bring me out two packets of Tayto and have a packet for yourself.’ He shook his head as he climbed back into the cab. ‘Daylight robbery,’ he said again, ‘Four cents a litre dearer than Slattery’s.’

Gerard didn’t ask why they hadn’t gone to Slattery’s. Slattery’s had stopped their tab a few weeks back and Kavanagh had been keeping his distance since.

Kavanagh hummed tunelessly while he waited for the boy to return with the crisps and his change. It was a fragment of a ballad he had taken up some time after they passed Gurrane, forty miles earlier, and he had not let it go since. Taped to the walls of the cab were pictures torn from magazines of women in an assortment of poses. They were mostly Asian and in varying states of undress: Kavanagh had a thing for Asian women. A photograph of Kavanagh’s wife, Nora, taken at last year’s GAA dinner dance, was stuck between a topless girl on a Harley Davidson and two dark-eyed women in crotchless panties. Nora had blonde wispy hair and glasses and the straps of her dress dug furrows into her plump shoulders.

‘We’re in Injun territory now,’ Kavanagh said, when he saw the boy coming across the forecourt. ‘These Limerick bastards would rob the teeth out of your head,’ and he counted the change down to the last cent before putting it in his pocket.

It was almost dark when they pulled back onto the road. Kavanagh threw a packet of crisps across the cab. ‘That’ll keep you going,’ he said, ‘we can’t count on Liddy for grub.’ Four miles before Kilcroghan, they turned down a narrow side road, grass growing up the centre. Briars tore at the sides of the lorry. ‘There’s a man in Dundalk runs one of these on vegetable oil,’ Kavanagh said. ‘Did you ever hear anything about that?’

‘No,’ said Gerard, although he remembered reading something in a newspaper a couple of months back. If he let on that he knew anything at all, Kavanagh would have him tormented. Kavanagh had a child’s wonder for the new and the strange. Each new fact was seized upon and dismantled, taken apart like an engine and studied in its various components. He had been bright at school but had left at fourteen to work in the fish factory.

Kavanagh shook his head. ‘I don’t think I could stand it,’ he said. ‘The smell. It must be like driving around in a fucking chipper.’ Gerard glanced across at Kavanagh and tried to work out if he was serious. Kavanagh was watching the road, fingers drumming the steering wheel, humming to himself again. The light from the dashboard lent a vaguely sainted glow to his features. Gerard decided not to say anything. Kavanagh broke off his humming and sighed. ‘You’re all chat this evening,’ he said. ‘I can’t get a word in edgeways. Are you in love or what?’

‘Fuck off,’ Gerard said but he was smiling as he turned to look out at the trees that reached black and tall from the hedges, their branches slapping against the lorry’s window.

Gerard had first been to Liddy’s mink farm back in August, six weeks after he started working for Kavanagh. He had not been able to shake the memory of the place since. It was partly the farm itself and it was partly Liddy’s daughter. She was about seventeen with blue-black hair, eyes heavily ringed with black liner. When Kavanagh had gone inside with her father, she had taken Gerard across the yard to show him the mink.

The mink were housed in sheds a couple of hundred feet long, twenty or thirty feet wide, with low, sloping roofs of galvanised sheeting. The sides were open to the elements, wind blowing in from the mountains to the west. Gerard followed the girl into the first shed and along a sawdust path down the centre. In wire mesh cages on either side were thousands of mink, mostly all white, with here and there a brown one. They darted back and forth and stood on their hind legs, heads weaving, snouts pressed against the wire. Their eyes glittered like wet beads, and they twisted and looped, twisted and looped, hurling their bodies against the sides of the cages.

Gerard stood in front of a cage and poked a finger through the mesh. A mink stopped chewing its fur and looked at him, a vicious tilt to its chin. It sniffed the air, crept closer and snapped, grazing the tip of his finger. Then it backed away to stare at him from a distance.

The girl was a couple of paces ahead, watching. ‘I suppose you think it’s cruel,’ she said. Her hair was tucked into the hood of her jacket and she had her arms folded across her chest.

Gerard examined his finger and shrugged. ‘It’s none of my business,’ he said.

The girl had stared at him for a moment, saying nothing, her dark eyes narrowing. Then she sighed. ‘It’s what they’re bred for,’ she said, turning away, ‘they don’t know any different.’ 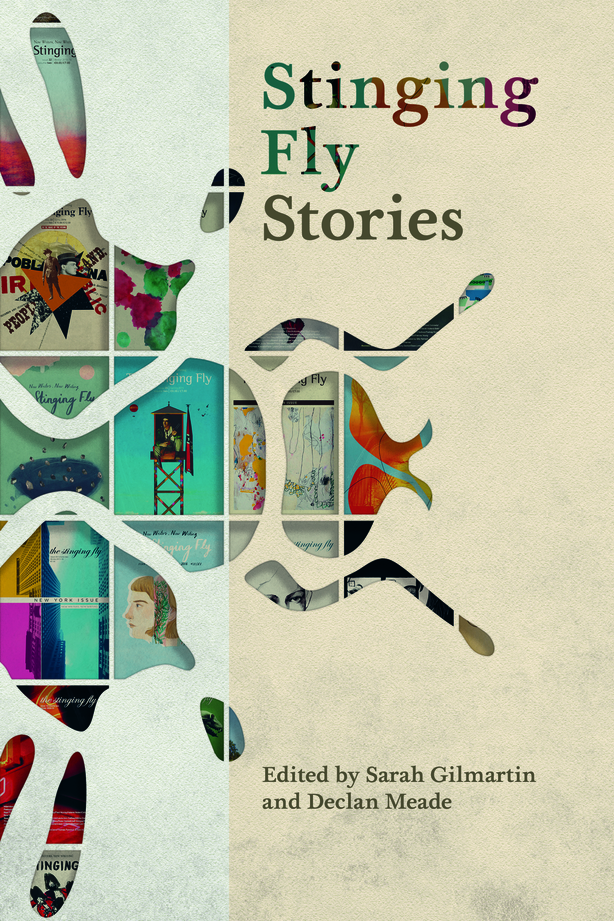 About The Author: Danielle McLaughlin‘s debut collection of short stories, Dinosaurs On Other Planets, was published in Ireland in 2015 by The Stinging Fly Press, in the UK and US in 2016 by John Murray and Random House, and most recently in Slovakia by Inaque. 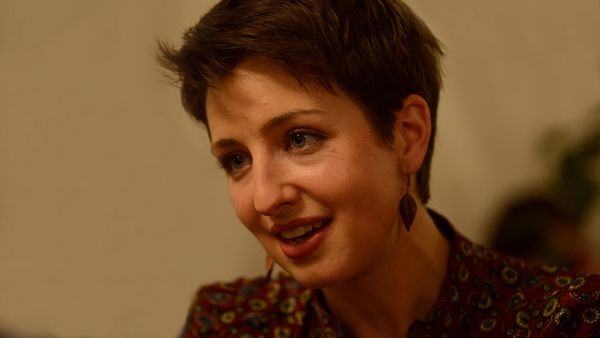