Hey ho, let's go! Barry Hartigan, the founder and programmer of The Alternative Sunday Social Club, writes for Culture about his ongoing mission to return one of the capital's iconic live music destinations to rocking good times.

We’re bringing bands back to Baggot St! That’s the pitch for the Alternative Sunday Social Club in Toners - but really we’re aiming to resurrect the Sunday afternoon music session. Why? Because many members of my generation have fond memories of enjoying pints while watching bands in pubs on the last afternoon of the weekend, and we want to do it again!

When I left school in 1983, Dublin’s music scene was pretty healthy, and between local and international acts there was a pretty decent choice of live music to check out. However for myself and my gang the Sunday afternoon session was the one you couldn’t beat. There were sessions all over the city and pretty much all tastes were catered for, be it rock, blues, jazz or folk. All of the various gigs took place in pubs which were not designed for live sound or bands, so they tended to be more than a little chaotic but of course that only led to their particular charm.

So that’s what we’re recreating in Toners, because back in the day Baggot Street was the music centre of Dublin. Long before Whelans in Wexford St turned that part of town into a music hub, many of the gigs in the city centre used to happen in three pubs in the 1970s, 80s and 90s. The Baggot Inn itself is of course the one that most people associate with music, but there were also bands playing in Toners and The Pembroke.

Now however, two of those venues are a dim and distant memory, but Toners remains pretty much unchanged, and we’re putting bands on there again on a regular basis for the first time in several decades. What we’re doing with these gigs is presenting some of Ireland’s finest musical acts in a unique setting, the upstairs lounge of one of the oldest and best known pubs in Dublin. What we are aiming to create  is the warm vibe of something like Other Voices - but in the heart of Dublin on a Sunday afternoon.

Since we launched at the beginning of 2015, the Alternative Sunday Social Club has hosted gigs by Rocky DeValera (frontman of legendry Dublin bands The Gravediggers and The Rhythm Kings), The Lookalikes, The Dubtones, Blood or Whiskey, The Business, Brush Shield’s Skid Row, Trouble Pilgrims (formerly The Radiators from Space), The Lee Harveys, Eileen Gogan and the Instructions, The Winters, The Hacklers, TV Smith (The Adverts) and The Outcasts. We’ve had music from right across the spectrum with rock, guitar pop, punk, Americana, blues and ska, and we’ve grown our crowd by word of mouth with all ages dropping by on Sunday afternoons.

Rock n’ roll was born in the backrooms of bars, and that’s what we’re recreating with these gigs. For the band they get the kick of their early live shows, and the audience gets to enjoy the music and the musician up-close and personal. It’s cheap, cheerful and above all fun for everybody who comes along. This isn’t 1000s of people in a converted warehouse. This is dozen of people enjoying music the way it’s meant to be! 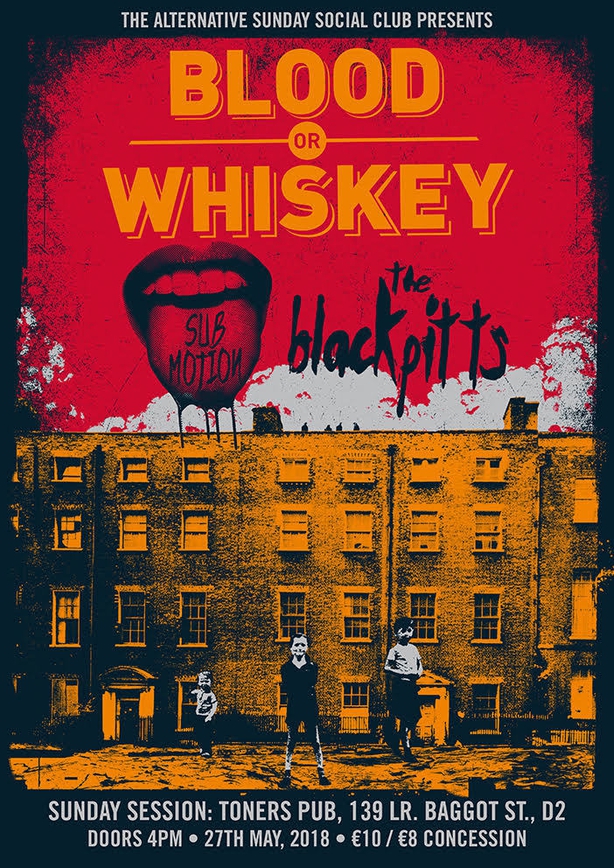 Upcoming shows at The Alternative Sunday Social Club include The Dubtones on April 29th, Eamonn Dowd & The Racketeers on May 13th, The Lee Harveys on May 20th and Blood or Whiskey on May 27th - for further information, go to their Facebook page.