'This is Irish dance making at its best; political, urgent and intelligent.' Professor Jools Gilson writes for Culture about Catherine Young's new work State Of Exception, and the urgent need to champion our dance talent.

I’d only met Catherine Young once before, and she doesn’t know I’m writing this.

Catherine is a choreographer, and her project State of Exception was performed at the Firkin Crane in Cork on Friday 13th April. I’d been asked at the last minute to chair the after-show talk, and dashing from children’s activities and supper, I didn’t have time to look too closely at what I was about to see. And so I was undone by what came to unfold before me, in a way that I rarely experience. This isn’t a review, this is a plea for the acknowledgement of the work of dance artists in this country.

State of Exception is a powerful example of dance as a world-making intelligence, not as a frippery or as entertainment, but as an acute and visceral political discourse. This is not the only thing dance can be, but it is a critically important part, and it is the aspect of dance making most missing from public discourse.

The literary dominance of the word, the objectness of visual art, the familiarity of music as a form, all leave dance out in the Irish cold.

Four professional dancers worked with Young in collaboration with young men living in Direct Provision in Longford, a dozen of whom also take part in the performance. Fragments of their stories play in audio as we arrive, the stage filled with people facing upstage before a stark metal fence, extended out and above us as a lattice of taut criss-crossing wires. State of Exception is uncompromising in its attunement to the felt experience of living in Direct Provision, and sometimes this is about the relentless boredom of not being able to work, cook or engage with Irish life, as well as the violence of trauma. The importance of this work is not just about its subject, it is about dance as a form and what it is possible to communicate through the heft, ache and articulate training of moving bodies, here in synchronicity with musicians of astonishing calibre and emotional connection. We are in the thrall of this piece as soon as it begins with a sudden driving heartbeat of sound and driven movement. It arrests us. Something in the air changes, - a sort of silent ‘O my God.’

It isn’t easy to make this kind of work well; it isn’t enough to say that Direct Provision is bad. But because this is extraordinary art (and not just dance), it does what all great art does and communicates something we haven’t heard, seen or felt before. State of Exception is able to do that because exceptional trained dancers and choreographers are poets of the body, and it is through the body that we experience the world first. And also because Catherine Young is a visionary dance maker who collaborates with the disavowed. The soundworld of this piece, conjured out of the hurt of its subject, is performed live with an unsettling focus on the dancers and their labour of meaning making. The physical work of drumming, of playing cello and giving voice collaborate so closely with the choreography that all of it holds the intregrity and authenticity of this piece as a single endeavour.

The importance of this work is not just about its subject, it is about dance as a form and what it is possible to communicate through the heft, ache and articulate training of moving bodies.

What I saw last night is work of an international calibre that could hold an audience in New York and Sidney as well as 200 of us in Cork. But of all the art forms in Ireland, dance practice and choreography is the most poorly funded by our Arts Council, the form almost entirely absent from our third level colleges and universities and the last form to be admitted to Ireland’s elite arts organisation Aosdána (whose 250 members are almost all visual artists, writers and composers). This has everything to do with Ireland’s cultural relationship to the body in public and private life, dominated as it is by the trauma of recent / historical State and clerical abuse. The discovery of the bodies of 800 babies and toddlers in a sewage outlet in the grounds of a Mother and Baby home in Tuam in 2017, was only the most recent example. Ireland is also uncomfortable with living bodies, with the fact of their intelligence, and especially with the idea that they might have political and communicative clout.

The literary dominance of the word, the objectness of visual art, the familiarity of music as a form, all leave dance out in the Irish cold. What this means for young dancers is that they have to leave Ireland to get trained, and in a self-fulfilling prophecy, the Irish dance sector is often not established enough to sustain them, and so we lose them to an international circuit, or they take other jobs to make ends meet. In Breandán de Gallaí’s recent work Linger, a nuanced and important investigation into masculinity, sexuality and Irish Dance, one half of this duet – the beautiful dancer Nick O’Connell, also works as a psychiatric nurse. In State of Exception, the dance performer Mufutau Yusuf, left Ireland to do his training in Salzburg, Austria, another, Simone O’Toole trained in London. Catherine Young herself spent eight years in the US training and performing.

State of Exception is a performance which should absolutely be seen more widely, by politicians and schoolchildren and everyone in between, and yet this was the last date of its short tour. The show speaks to something hidden in plain sight in our country, and we should be loath to avert our gaze, or disregard dance as a political and social powerhouse of meaning. I was struck particularly by the performers Mufutau Yusuf and Vanessa Guevara, whose commitment to their storytelling is deeply felt by them and us. Yusuf in his silence, as well as in his cries, is heartbreaking and powerful, as he signs to us, and grapples with his voice box, as if speech itself is wrested from him. Yusuf, Guevara and Marc Stevenson form an extraordinary trio, rhythmically beating out their heartsong with bare feet and a gestural world which moves from a slow grammar to a blur of freneticism. We hear wisps of first languages here, between the three and the ordered chaos of their coiled and moving worlds; half heard tumbles of words, lost again as soon as uttered. These scenes counterpoint the dramatization of a taut and maddening boredom.

This is Irish dance making at its best; political, urgent and intelligent. Book it for your festival. Fund it. And if you ever get the chance, go and see it. Dance matters.

Jools Gilson is Professor of Creative Practice and Head of the School of Music & Theatre at University College Cork. 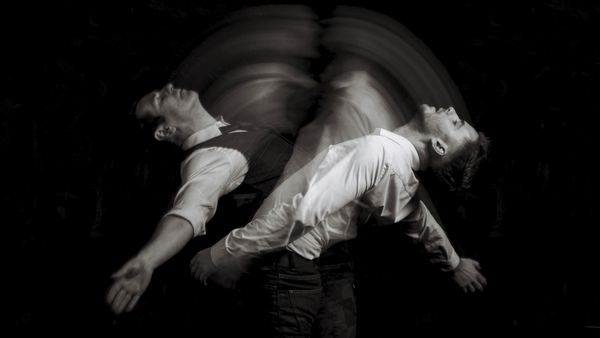