Country music singers came together this morning on RTÉ Radio 1 with the passing of country music legend Big Tom McBride. Ryan Tubridy paid tribute to the man and the music with Daniel O'Donnell, Philomena Begley, Margo and Declan Nerney on RTÉ Radio 1.

Speaking of his passing, Daniel told Ryan that Big Tom was the pillar of Irish country music, and with the recent passing of his wife Rose Daniel felt that he was probably heartbroken and that 'maybe it was a gift from God' this morning.

A behemoth of the country music scene, Daniel spoke of how 'We all referred to him as The King'. Last September, Big Tom was a guest of Daniel's at the Oprey, and at a charity concert in Letterkenny in which Daniel told Ryan 'he was just terrific'.

Daniel O'Donnell found himself lost for words to express his greatness, and how much the Monaghan man will be missed: "There’s people who have a presence and Big Tom had it in abundance when he walked in somewhere'.

"The people who bought into Big Tom's style of music, it was like a religion".

In a fitting tribute, Daniel told Ryan that they all have memories of going to dances, hearing Four Country Roads and seeing Big Tom, 'Country music is richer because of him, he has left so much behind'. Remembering Tom and his late wife Rose who died earlier this year, Daniel said ‘There’s a great reunion in heaven today’.

Also joining Ryan this morning were Philomena Begley and Declan Nerney. Having just heard the news within half an hour of the call, Philomena told Ryan that she didn't believe it, but Margo had confirmed it to her, 'I didn’t realise he was as ill as he was'.

On the importance of Big Tom to Irish country music, Philomena spoke of how he'd light up a room: "He was a character in his own right... he’d light up a room because he was full of divilment too, you know".

In an emotional tribute, Margo spoke to Ryan about the man rather than the star ,remembering when Big Tom's wife Rose passed and calling her The Boss. 'This morning Ryan, my heart is broken," she said, "but the only thing I'm happy about is that he's with Rose... Whatever is after this life, I know that Rose has taken Tom.'

Declan Nerney spoke of how Big Tom had created something within the country music genre that no one else had ever equaled: 'The people who bought into Big Tom's style of music, it was like a religion'.

'We're going to give Big Tom a seriously hale and hearty send off, and one that I hope his family will be proud of', Ryan told listeners this morning, ahead of Friday night's Late Late Show Country Special on RTÉ One at 9.35pm. 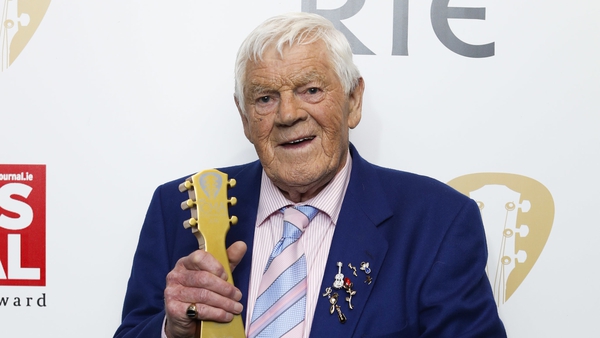