"Every poet is in that position of saying 'Where's my public?'" said Eileán Ní Chuilleanáin in conversation with Sean Rocks on Arena, ahead of her Chair of Poetry lecture in Trinity College earlier this month. Listen to their conversation above

Its title "I have my people and they are waiting: Who are the readers of poetry?" was adapted from a Patrick Kavanagh poem, The Same Again, which captures the essence of Eileán’s lecture. In it, Eileán says:

"He actually knows that he has readers and that he’s admired and he’s also I think very anxious about it, because he often says, very few people understand poetry and most people couldn’t understand a poem if it bit them.  There are these paradoxes I think, which is to do with anxiety.  You’re reaching out to people and you don’t know, you hope that they’re there, but you don’t know that they’re there, so you really flip back and forth between speaking to them as if, of course, they’ll understand, and shouting into the void."

This is a sentiment familiar to Eileán in her own writing. She describes the uncertainty of a poet’s lot, imaging a reader in her head, hoping they’ll understand, worrying that the work won’t resonate with them. In answer to the question posed in the title, Eileán says:

"I think I knew from the start that it was going to be a very long answer and not a complete answer but I wanted to explore the kind of anxiety that I think a lot of writers have but poets particularly, about who on Earth is going to read this and what are they going to make of it and are they going to work hard at understanding it properly." 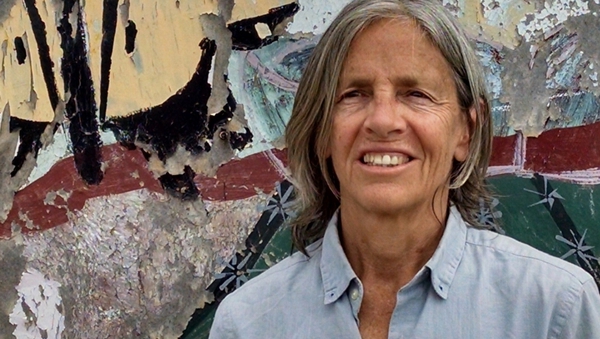 Poem Of The Week: Peanut Butter by Eileen Myles