Tosca is an opera in three acts by Giacomo Puccini with Italian libretto by Luigi Illica and Giuseppe Giacosa. It premiered at the Teatro Costanzi in Rome on 14 January 1900. Theis a melodramatic piece set in Rome in June 1800, with the Kingdom of Naples's control of Rome threatened by Napoleon's invasion of Italy. Like many operas it is full of drama and passion, as well as some of Puccini's best-known lyrical arias. Floria Tosca is a beautiful, celebrated singer and passionate woman displaying love, jealousy and rage. Caught at the very centre of political intrigue, Tosca falls victim to the manipulations of the treacherous Scarpio and unwittingly ruins her lover, the artiste Mario Cavaradossi - with spectacular consequences!

My performance of Tosca with the Mikhailovsky Theatre will be my third production in this role. I really enjoy playing this role of Tosca, a famous singer in the stereotypical Diva mode. She is true of heart but relentlessly jealous. My first production of this opera was a new co-production with opera Ostfold & The Norwegian National Opera, my second was just recently in Salzburg, also a new production, and this Tosca, a revival, is my favourite of all three.

This production of Tosca is a very special Irish/Russian collaboration and I’ve already performed this role at the stunning Mikhailovsky Theatre in St Petersburg. I am really excited that we will have the full production coming here to the Bord Gáis Energy Theatre.

I love this production as it is a 'traditional' production with period costumes and the set is beautiful. Puccini's music allows me to convey my emotions through the beautiful and passionate way the vocal line is written. Puccini had an incredible gift for scene setting in order to achieve the perfect musical environment for the dramatic situations provided by his librettists. He was a brilliant master of orchestration and he used every colour from the orchestral instruments he had at his disposal in order to get the right effect.

For me, Tosca is one of the best operas ever written and it's popularity reflects that. Puccini is one of my most loved composers. I made my operatic debut singing Mimi in la Boheme in 2010 and now I have an absolute love for his music having performed the roles of Liu in Turandot and the title roles of Tosca and Madame Butterfly, and later this year I will be making my American debut singing Puccini's Rondine. 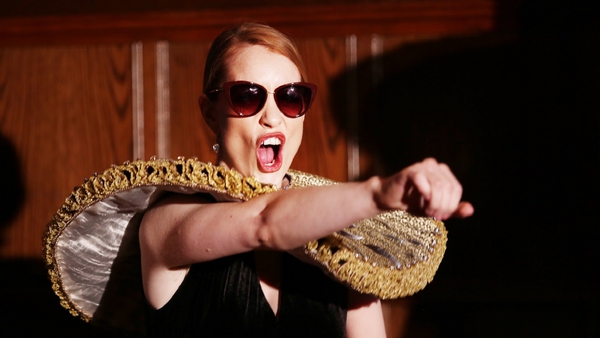