Lyric Feature Preview: Producer Eoin O'Kelly writes for Culture about his Lyric Feature, Philosophical Investigations, which airs this Sunday (the 18th of February) at 6pm on RTÉ lyric fm.

The Austrian Ludwig Wittgenstein was perhaps the greatest philosopher of the twentieth century. His terse epigrammatic writings have bestowed both enlightenment and mental cramp in equal measure on students of philosophy since his death in Cambridge in 1951.

In the 1990s in Cork, I was one of those students spending countless sunny days on the Wellington Road grappling with puzzles he had set involving ducks, rabbits, raisins, cakes, the imagined sense of humour of primitive communities, Robinson Crusoe; enigmas that would become clear in the night only to dissolve into the fog the following morning.

Wittgenstein’s life was characterised by almost constant change; he was born the son of wealthy industrialists and was later variously a soldier, an inventor, a schoolteacher, a hospital porter, a professor and a hermit. He was a concert standard clarinet player whose childhood home had seven grand pianos which were regularly played by Brahms and Mahler and other luminaries of the Viennese music scene.

His first act of austerity was to distribute his vast inherited wealth among his siblings figuring that they could not be corrupted any further as they were already exceedingly rich. Thus he forsook the wealth and privilege of his upbringing and resolved to follow his own star. Not long after he ended up in Cambridge having gone there to seek out Bertrand Russell to discuss the foundations of mathematics. As you do. It was here he developed the ideas that would later be written up at the front during World War 1 as Tractus Logico Philosophicus.

Like other great thinkers – think Socrates polluting the minds of the young Athenians - Wittgenstein magnetized his followers, many of whom tried to emulate his style even down to the wearing of tieless open neck shirts, a radical departure in Cambridge University during the first half of the 20th Century. As with his writings, Wittgenstein could be thorny but he had an undoubted capacity for friendship.

One of his most enduring friendships was with his former student Maurice O’Connor Drury, a psychiatrist at St. Patrick’s Hospital in Dublin. It was this friendship which ultimately led him to Ireland where he spent much of his latter years first in Dublin, then Wicklow and finally at Rosroe in Killary Harbour.

During these periods he was working on the thoughts that would later be published as Philosophical Investigations. A work that involved a major revision of his earlier views.

In 2002, radio producer Kevin Brew and I attempted to see how much sense we could make of all of this in an hour of radio. Philosophical Investigations will be broadcast this Sunday 18th of February at 6pm on The Lyric Feature. 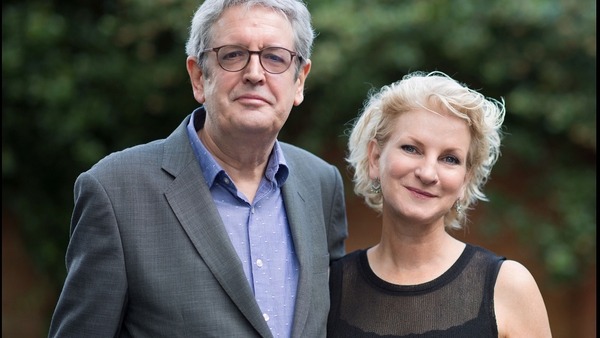 Lyric Feature: What makes a place a home?