The Audi Dublin International Film Festival kicks off today, offering a plethora of choice film delights from across the globe, with visits from screen greats past, present and future, to boot.

Here are a few selections from the jam-packed ADIFF programme - so get off that couch and go to the movies. And no, we don't know what the Surprise Film is...

Writer, director, leading man and all round living legend Paddy Considine will be in the house to present the Irish premiere of his second directorial outing, a boxing drama in which a fully committed Considine also stars as a championship boxer facing the greatest fight of his life - outside the ring. New Doctor Who Jodie Whittaker co-stars as his wife, and now that Daniel Day Lewis has hung up his gloves, the gig of Britain's Greatest Living Actor is officially up for grabs - and we're with Paddy.

Virtual Reality is the future of cinema - and this two-day conference event gives you the skinny on everything you need to know about the rapidly evolving VR universe. Attendees get to experience some of the best Virtual and Augmented Reality experiences of recent hours - including a very cool Blade Runner 2049 VR 'Memory Lab' and Björk’s VR music video for NotGet - and listen to a line-up of international speakers from the cutting edge of VR. The programme also includes the World Premiere of Ireland's first VR animated film, Pink Labs' Aurora.

THE BALLAD OF LEFTY BROWN

The great Bill Pullman is one of the perpetually underappreciated talents of modern cinema, a fine actor who delivers the goods every time, either as leading man or scene-stealing supporting turn, he's starred in everything from Mel Brooks' Spaceballs to David Lynch's Lost Highway, by way of roles in Casper, Independence Day (and its sequel), While You Were Sleeping and many, many more. His latest movie is an old-school western winning him the best reviews of his 30-year career.

Writer/Director Paul Schrader is one of the leading lights of the Movie Brat generation who changed Hollywood in the '70s, having penned the scripts for Martin Scorsese classics Taxi Driver and Raging Bull, before directing the likes of American Gigolo and Affliction - he'll be in town to introduce his latest movie, an intense tale of faith, redemption and martyrdom that has won Ethan Hawke the best reviews of his career and might just be the summation of all Schrader's celluloid obsessions. He'll introduce the screening, and is also in town to accept the Volta Award for lifetime achievement, introduce a season of his favourite movies and give a filmmaking masterclass.

Filmmaker Xavier Beauvois gave us one of the great French movies of the past decade, Of Gods and Men - now he turns to World War I with an evocative drama exploring the lives of the women are working to manage a family farm in remote rural France while their men fight at the frontlines.

Find out more about the ADIFF 2018 programme here. 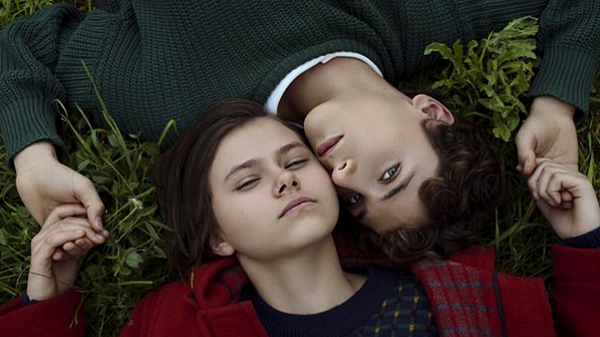