Tommy Tiernan, Deirdre O'Kane, Ardal O'Hanlon, Andrew Maxwell, PJ Gallagher, Alison Spittle, Foil, Arms & Hog, Lords Of Strut and Aussie legend Adam Hills are just some of the stand-up acts ready to perform in the 3Arena on Saturday, 17th March - and all for a very worthy cause.

Spearheaded by comedian Deirdre O'Kane and TV producer Darren Smith, Paddy's Night in Support of Comic Relief aims to raise funds via Comic Relief for domestic and international charities who are tackling refugee issues and the homelessness crisis.

Speaking about the show, Deirdre O'Kane said: "Last year’s sell-out gig was just wonderful, a joy from beginning to end with more huge laughs than you could shake a very big stick at and whopping €212k  raised, which made it all a genuinely good laugh!

"Everyone on stage brought their A game, as did our brilliant audience. So buoyed with last year’s success and filled with new year hope I once again decided to make a few calls to see if people would be up for doing it all over again and am now delighted to be announcing another epic line up."

The Community Foundation for Ireland is managing the distribution of funds from Paddy’s Night in Support of Comic Relief 2017 on behalf of Comic Relief UK - the money raised will be split between Trōcaire for work with Refugees and with a number of Irish based charitable organisations working on the refugee and homelessness issues. So laugh yourself silly and donate to a great cause... 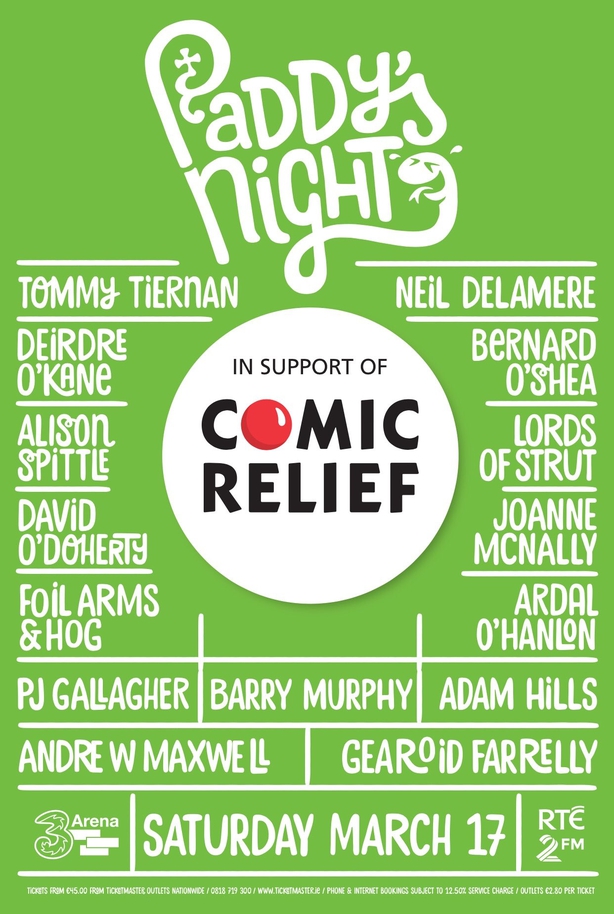 Tickets for Paddy's Night in Support of Comic Relief €45.00 excluding booking fees on sale at 9am on Monday, January 22nd, through www.ticketmaster.ie 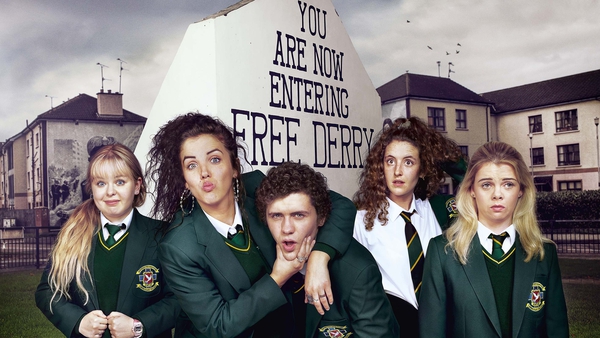