It's beginning to sound a lot like Christmas on RTÉ lyric fm - here are a quintet of choice highlights to tune in to over the days ahead...

Festive Film Favourites! Yes, it’s Aedín Gormley's annual look at the films we look forward to seeing at this time of year. From Willy Wonka to The Wizard of Oz, from It’s a Wonderful Life to White Christmas, not to mention Elf and ET - plus great music from animated classics Toy Story and How the Grinch Who Stole Christmas. Garret Daly will be along too, with movie news and some last-minute film-themed Christmas presents.

Mystery Train is a nightly journey through the many wonders of recorded music - from its vintage glories to the latest sounds. Essential listening for the discerning music fan. On Mystery Train's special Sunday service, John will be joined by walkin' talkin' genius Neil Hannon of Divine Comedy. Neil will be picking some very choice tunes indeed. Then, on New Year's Day, John will be joined by a very special guest indeed...

Iarla Ó Lionáird's guest in this special Christmas edition of Vocal Chords is the legendary singer and vocal coach Veronica Dunne who celebrated her 90th birthday earlier this year. In this extended interview at her home, she traces her life in song back to her childhood, when singing competed with horses for her attention. Following her debut as Mimi in Puccini's La Bohème at Covent Garden in 1952, Veronica went to Rome to study and train as a bel canto opera singer. During her years in Rome and in London at the Royal Opera, she met the stars of her age, including Maria Callas and Joan Sutherland. From the early 1960s, Dunne turned from singing and performance to teaching and across the last fifty-five years she has been the force behind a generation of Irish vocal talent including Ann Murray, Celine Byrne and more recently Tara Erraught.

Another chance to hear internationally acclaimed performer and composer Mícheál Ó Súilleabháin, as he joined forces with the RTÉ National Symphony Orchestra for the very first time in this special concert featuring newly composed and newly scored pieces, along with several of his classic compositions, including showcase pieces for piano and orchestra. A stellar group of musicians joined Mícheál and the RTÉ NSO in the National Concert Hall, Dublin for this Elver Gleams concert: sean-nós singer Iarla Ó Lionáird; saxophonist Kenneth Edge, traditional percussionist Mel Mercier, harmonica player, Brendan Power from New Zealand, and uilleann piper and Young Musician of the Year Pádraic Keane.

Find out more about RTÉ lyric fm at Christmas here. 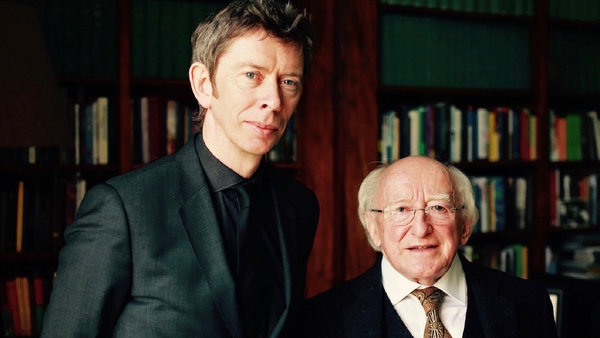