Cathal Watters has the distinction of the title of Director of Photography on what Ryan Tubridy calls "the coolest programme on TV".

That is, of course, gangster drama Peaky Blinders and Cathal is in charge of creating the signature mood and tone of the programme. Set in Birmingham, the series follows the lives of the Tommy Shelby, played by Cillian Murphy, and his gang.  Cathal describes Cillian as a dream to work with.

"Lighting Cillian is such a joy because he has such sharp cheekbones, sharp features and to get the drama out of his face is so easy because it’s there in spades. It’s funny, Cillian will be on set and he’ll be having a bit of a laugh, having a bit of a joke and  then we go for a take and then you see Tommy Shelby there and you’re just going, there he is, scary as hell!"

While the men in the series pack a punch, the female characters match them blow for blow.

"I think that’s very important to say.  Stephen Knight, the writer, he writes for women. They’re not just secondary characters, and I think that’s why the storylines are so incredibly strong. Helen McCrory (Polly)…is the only person that Tommy Shelby respects and trusts."

The show has picked up a cult following, along with some high profile fans. Cathal says, "It’s got a massive following in America.  You’ve got the likes of Snoop Dogg saying I want to be a part of it!"  Another A-lister who wanted to join Tommy and co was David Bowie.

"He was a massive fan and he sent a photograph of him wearing a hat with razor blades, he sent that to Stephen Knight and said if you’re looking for my music I’d be delighted, which is incredible!"

With the fifth and final (for now) series of Peaky Blinders due to start filming next year, Cathal is certainly not resting on his laurels.  He is working on several films, including a new movie with Roddy Doyle about homelessness in modern day Ireland, which Cathal says will ‘waken people up to the fact of how this situation could happen to anyone.’ 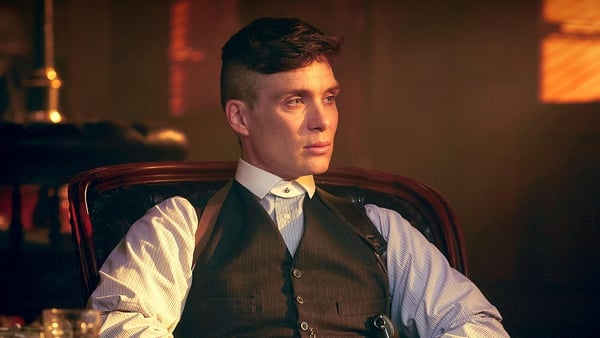