"We’re putting the band back together; we’re on a mission from God."

So Microdisney has reformed and the band is playing a gig next year... in Dublin! Thirty years on, Cork’s finest are back for one night only. Unlike Jake and Elwood, I can’t say if it was divine intervention that prompted the reformation – after all, it’s more likely that Cathal Coughlan intervenes when God has a plan - but whatever it was, it made me very excited when I heard the news.

That said, I was in no feverish rush to purchase tickets once I heard that the venue was the National Concert Hall. You could have told me that Microdisney was playing Whelan’s and I would have believed you. But the National Concert Hall? Surely this is stretching the nostalgia card a bit too far? They couldn’t have sold out the NCH back in their heyday, I mused, therefore there's no chance of them selling it out now... Due to these air-tight facts, I thought I’d take it easy with this month’s credit card bill and probably just rock up on the night... Cut to about 10.30am on the day of release, and I’m frantically trying to get through on Ticketmaster in a (thankfully successful) pursuit to secure some of the last tickets available. I really didn’t see that coming!

If a cult band like Microdisney can stir the public’s interest enough to sell out the National Concert Hall 30 years after they broke up, it gave me pause to ponder as to which other Irish artists I'd like to see re-form for One Night Only... So here's five that immediately come to mind - I had six, but the Editor said I had to write at least one article without reference to the almighty Whipping Boy...

The wannabe pretensions of the 17-year old angry and alienated teenager that I was (you know the kind - parents still together, stable working class environment, loving family, lots of friends, never bullied… basically a fraud) meant that I was familiar with J.D Salinger’s novel The Catcher in the Rye, and as Rollerskate Skinny took their name from one of Holden Caulfield’s most infamous lines of dialogue, the band grabbed my immediate attention. I first heard their music when I received a copy of the Threshold EP - a three-song collection that showcased a band that was comfortable exploring uncharted sonic soundscapes, while retaining melody as an intrinsic centrepiece of their repertoire - kind of like My Bloody Valentine, but with tunes! It was certainly a band to be taken seriously, and when they delivered their masterpiece Horsedrawn Wishes in 1996, they left us with one of the all-time great Irish records. After that, as is all too often the case, it kind of fizzled out. An exceptionally innovative band, they may not fill out The National Concert Hall (or would they?), but I’ve no doubt that there are many of us who would love to see them perform again.

Even though Van Morrison has become a global icon in his fifty-plus years of making records, I sometimes think that we under-appreciate him in this country. That aside, thanks to Moondance and Astral Weeks alone, his legacy is already minted, and will remain long after he exits the stage. And he's still making decent records! Even so, wouldn’t it be great if the grumpy old shite put his old band back together? Them played high-energy RnB, which also encompassed a noisy cacophony of garage rock executed across a collection of blues standards. Due to their tendency to improvise on stage, they were always considered a better proposition in a live environment than on record, although they still left us with their own unique versions of classics such as Here Comes The Night, Baby Please Don’t Go and Morrison’s own Gloria. Of course, the world lost Alan Henderson earlier this year, but wouldn’t it be great to get the other original members back for a tribute, maybe in a small club, where we can smoke cigarettes again and lose ourselves in the sweaty nostalgia of their '60s heyday? The only problem - Van doesn't really do nostalgia.

The Stars of Heaven

Dodgy moniker aside, The Stars of Heaven could write a song, and then some - a key Dublin band from the 1980s, their heads were always stuck in the West Coast of the U.S. sometime in the late 1960s. Many contemporary bands have explored this era, but I can’t think of any other Irish band that captured it so uniquely, or who pursued it to such winning effect as The Stars of Heaven did. They even got a song on the soundtrack of a John Hughes movie (a cover of The Flying Burrito Brothers' Wheels, in Planes, Trains And Automobiles) Whimsical in places, their songs were defined by great harmonies, Byrds style guitar licks and a finely-tuned pop sensibility - somewhat akin to early R.E.M in their less frantic moments, around the time of Murmur and Reckoning. Although for me, The Stars of Heaven could also be considered innovators in a genre - some call it jangle pop - that later produced bands like The Sundays. Another Irish band - in a long list of Irish bands - that should have been bigger, but we’ll always have the two great albums (Sacred Heart Hotel and Speak Slowly) that they left us with.

If the Brits had The Smiths, and the Americans had The Pixies, well we had A House! I’m pretty sure the only reason that they didn’t influence Kurt Cobain, is because he hadn’t heard them! Fronted by the enigmatic Dave Couse, A House wrote songs that were catchy, melodious and brutally honest. The charm and wit that epitomized Couse’s lyrics were only superseded by the acerbic and sardonic comments interjected throughout. Simply put, A House were simply brilliant. Couse was our very own Morrissey, but even Morrissey may not have gotten away with writing Endless Art, three minutes of sublimely catchy pop where the lyrics consisted solely of the names of dead artists... and Sid Vicious! Only male artists were included, but they later rectified the matter with a sequel... And only Couse would write a song called I Am The Greatest, where (amongst other things) he calls out the music business for being the fraud that it is. The latter tune provided the title of their third album, their masterpiece, released on the seminal indie label Setanta Records and produced by the majestic and often underrated Edwyn Collins. It could arguably be called the greatest Irish album of all time! A House wrapped it all up in the Olympia back in 1997, to a packed and deeply saddened house. Dave Couse, being Dave Couse, cut through the sadness by commenting how if everybody in the audience had actually bought their records, they may have actually stayed together.

Confession: I’m not especially au fait with The Virgin Prunes’ back catalogue, but as a long-time U2 fan (as previously attested to on these pages), I’ve been acutely aware of the band's existence - and their impact - from a very young age. Tarred by some with the undeserved and unkind accusation of simply being Bono’s mates, The Virgin Prunes were much more than that, with enough talent to land a record deal with Rough Trade, and a sizable enough contingent of fans to (allegedly) outsell U2 in Europe during the early years. Whatever about their musical output, live is where things got truly interesting. Known for being proponents of Dadaism, and heavily ensconced in performance art, The Prunes were art-punk legends with a reputation for introducing pig’s offal into their concerts and a general confrontational approach with their audience - all this back in the conservative Ireland of the '70s and early '80s. With The Edge’s brother Dik on guitar and renowned visual artist (and Bono’s other mate) Guggi doing something very strange, I’d just love to see what all the fuss was about. 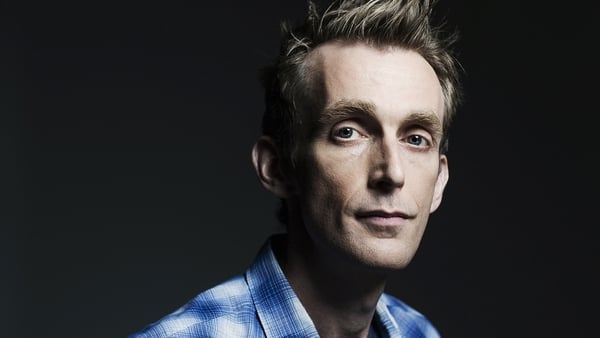