Oscar-winning screenwriter, producer and playwright Aaron Sorkin adds a new string to his bow with his latest film Molly’s Game.

The crime drama, based on a true story, exposes the underground world of poker and sees Sorkin making his directorial debut. He joined big fan Ryan Tubridy - who can’t get enough of Sorkin’s other work, including The West Wing - to discuss his latest project, the story of Molly Bloom (no Joycean connection).

"This is a 100% true story.  Molly Bloom in her 20’s ran the world’s most exclusive high stakes poker game.  Billionaires, CEOS, hedge fund managers, movie stars, politicians, sports figures, they would come to her game and win or lose millions of dollars in the course of a night… You would not expect that against that kind of backdrop would be a character and a story that is inspirational and aspirational but that’s what it is."

Despite Aaron’s success with films such as Steve Jobs and The Social Network and Broadway plays including A Few Good Men, the writer says he’s not a natural storyteller.

"It’s true!  My friends who do what I do, they’re all the ones who were able to, when they went to camp as kids, tell story after story… I would give anything to be Irish, the Irish are natural storytellers. Whether it’s something in your history or the fact that telling stories is something you do at the dinner table and have for generations… but I’m not a natural storyteller."

Aaron says dialogue is his first love and that he was motivated the rhythm and the pace of the words, but over the years he has learned to wrap a pretty awe-inspiring story around them.

"There was a time when I just felt plot was a necessary intrusion on what I wanted to do which was to write dialogue… Now I’ve grown a little bit as a writer and I’ve gotten better at story and I am someone who likes telling stories now."

Click here to listen to Aaron and Ryan’s chat in full. 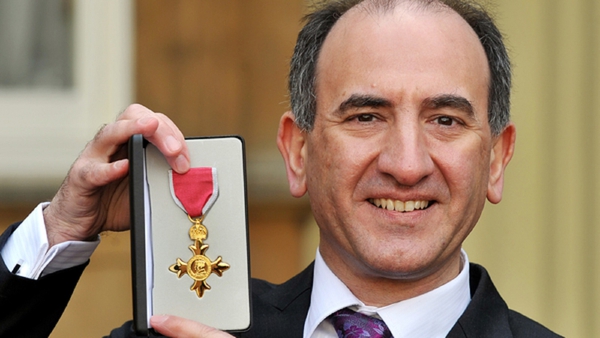