We're delighted to present the Overall Short Story Winner from this year's Ireland's Own 2017 Anthology of Winning Irish Short Stories, featuring thirty-seven tales from emerging literary talent from across the country.

Dirty Silver on Matt Black Rock by Niamh MacCabe, of Fivemilebourne, Co. Leitrim, was selected from over five hundred entries. Ireland’s Own magazine has appeared without a break since 1902, and has run highly successful competitions for new writing for more than 30 years,

A young couple are on an idyllic day out, heading for a rock pool on the edge of the Caribbean that only the locals know about, the ocean shimmering ahead of them. It reminds her of a boreen back home in Connemara. It almost seems too good to be true.

I am beside my beloved, nothing matters. I watch him while he drives, his arm hanging out of the window, catching the odd flower-head that appears between the rocks as we pass. He offers his catches to me and I place them with ceremony on the dusty dashboard where they shine, jiggle, and wilt faster than they can be replaced.

He is whistling and I am listening to the tuneful sound of brittle little stones splitting and crunching beneath the hot tyres. An ocean shimmer sighs ahead, brimming with promise.

We are heading for the rock pool down the little cul-de-sac zigzagging to the sea, a stretch known only to locals. I could almost be back home, on some narrow Irish boreen etched into the rock of Connemara, if it wasn’t for the Caribbean sun radiating off the roadside boulders, and the scent of bound- less growth.

Everton breaks into song, some nonsensical sea shanty. A tune-less singer, he belts out songs with passion, presuming to make up for his lack through volume. I laugh, and turn towards the road in front. Another car has come into view, advancing slowly towards us along the narrow track.

An indistinct reggae baseline becomes louder as the car approaches, threatening to drown out Everton’s ditty. Undeter-red, he weaves his patchy song into the fabric of the encroaching beat and thus his little melody survives. It is a perfect soundtrack to our morning, elemental, sensual. I clap and swoon in mock ecstasy, my hand-clap slowing down to blend with the deep throb as it draws closer.

The two cars meet. As we pull in to let it pass, the base of the reggae drone abstracts and begins to reverberate wildly off the boulders. Discordant sounds echo, splintering into deafening booms, a deconstructed parody of music. The glowering youths edge past slowly, their aggression resonating in the skewed rhythm. They come to an abrupt stop, hemming us in.

There have been attacks on tourists, increasing in severity in the last few years. These have culminated in several murders as some of the local population retaliate against the influx of wealthy whites who use the island as their playground, cordoning off the beauty spots for themselves and leaving the disenfranchised local youths to grapple with the notion that life has not been fair to them. 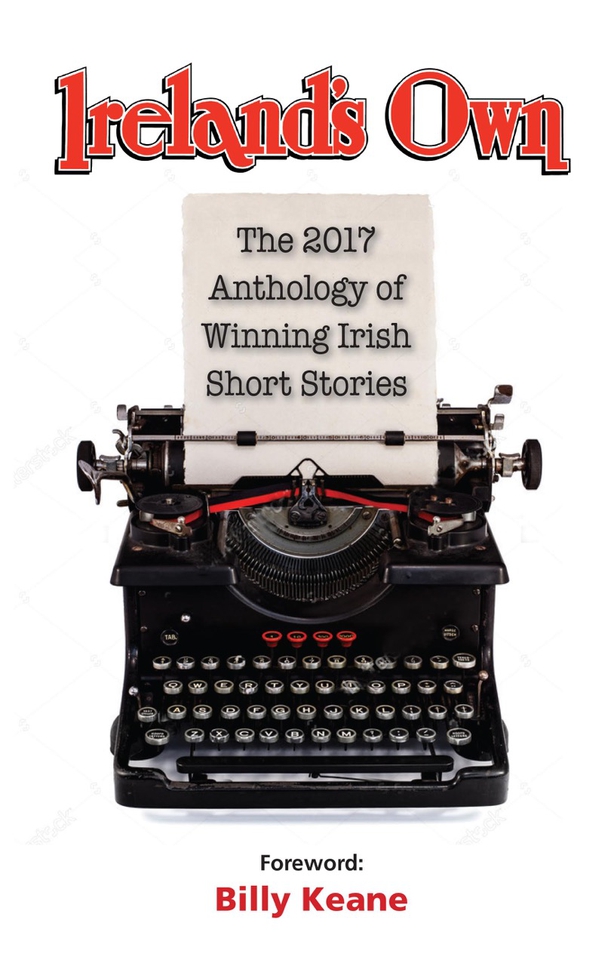 Two cars, side by side, cradled in menace, hot engines idling. Everton, a native of the island, challenges the threat with a greeting spoken in the local dialect. The malevolent spell seems to break. The car revs high and speeds off, scattering pebbles in its wake.

Shaken, we laugh, hearing the isolated tendrils of sound reform into a reggae weave as it recedes into the past. We swing our car back onto the track and continue our trip down to the edge of the ocean. The tilted day is back on its axis.

At road’s end, we park, and hop across the boulders until we come upon it – a deep, glimmering pool carved out of the ancient rock by a temperamental sea. Today the sea lies idly by, down a small cliff face. It grouses, and spits tatters of foam up, warning us not to sink into a slumbering sense of well-being.

The still pool is bordered on all sides by pock-marked, sharp, volcanic rock which seems to hold a memory of its violent past. Despite the serene setting, the beautiful black rock is capable of inflicting a deep cut on those who become complacent.

We strip. Throwing our belongings onto the hot rocks, I hear a sharp clang. He answers my look.

‘I brought a knife.’

‘What the hell? A knife? Ya expectin’ to grapple with Jaws?’

The previous evening, Everton’s grandmother watched him read my fate through her set of Tarot cards, something neither of us took seriously though the reading was ominous. But Mima did not dismiss it. This morning, before we set out, she pleaded with her grandson not to venture away from home today.

He laughed off her warnings, but his superstitious self got the better of him. He brought along a hunting knife, a terrifying thing, which he hid from me, rightly fearing ridicule. Now it lies exposed, dirty silver on the matt black rock, the clang of its metal resounding around us.

He laughs. Jumping into the pool’s still water, he tries to repeat the words. A familiar sparring match begins, him imitating my dialect and me imitating his. I stand at the edge of the pool.

I am the first to see them. Hat pulled down tight, face covered with a bandana, someone is hopping over the rocks towards our pool. Another follows behind, also wearing the face covering, a slit between the hat and bandana for his eyes. Both of them are heading directly for me.

The words gush out, my mouth struggling to shape the sounds.

I see the guns. I think of my nakedness, the sharp rocks.

‘Get down! Get your clothes!’

He hauls himself out of the pool, grabs for the knife. The young hooded men have nearly reached us and, with handguns pointed on outstretched arms, begin yelling muffled orders at us not to move.

I stand staring, open-mouthed. Everton jumps in front of me and shouts that he is local, where he lives, who his family are. Despite his efforts at bravado, his breaking voice betrays fear.

One points his gun at me, the other holds his gun stiffly in both hands, aiming at Everton who flails his arms, knife gripped in one hand, bellowing at them to get back, get the hell away from us. They watch, then tell him to throw his knife over the cliff edge behind us into the sea. Everton shouts louder, stabbing

the air between us and them, his vulnerability stoking an unfamiliar violence in him.

‘Throw your knife in the water. I’ll count to three. If you don’t, I’ll shoot you’, one of them says.

Everton stops, looks at our attackers. All four of us hold breath. The sea lashes a mockery against the cliff face below. He flings it behind him in an arc, letting out a wild cry of despair as the knife flies from his grip towards the sea. It hits off the cliff face with several loud clangs, followed by a distant splash as it falls into the water below.

Silence follows. I hold the stare of the man closest to me. My body begins to shake.

Everton takes a step back to stand alongside me, reaching over to my quaking shoulders. The man jabs the air with his gun.

I can hear the swell of the sea below, thrashing at the cliff face. I think of the tarnished silver knife swirling gracefully down through the water, coming to rest on a soft sea floor, silent, still, beneath the turbulent surface.

They step backwards to our belongings, eyes and guns still trained on us. One ransacks while the other keeps watch.

It is a steep drop of about ten metres into deep unpredictable water, but it is escape. I know it is our only chance. I know I have to do it. I don’t know if I can.

We turn. I am a blind heartbeat behind him. I am his shadow. I cling to his faith in me, afraid to let go, terrified of going. I scramble after him, away from the pool, over the volcanic black rock, the short distance to the cliff brink. A sharp edge tears my calf open on the way. I hear the men roar.

We reach the brink. Everton jumps.

A hovering bird of prey with his arms outstretched and his head facing down, I watch his body disappear in front of me. I hear the outraged hollering behind me. I hear him hit the water below.

I am alone. The sea, the edge, the sky above, all watching, all waiting, all one beat away from me.

It seems to take forever to fall. When I hit the sea, I feel pain streak through my torn calf. I sink down into cold, and pirouette in the depths until I can distinguish the glistening light of the top from the murky dark of the bottom. I twist my body upwards and rise.

When I surface, I am facing the cliff I have flung myself from. I see the two men, standing where I stood. They are baying with rage, guns pointing at me. The waves are high, I cannot see Everton. I turn

and dive underwater, breaking the surface some metres out. Without looking back, I swim away from the cliff.

Adrenaline hoisting me above the manic pull of the ocean, I prepare for a bullet between the shoulder blades. I imagine the pain will be short and hot, and am grateful for the cover the rough sea provides. The water swirls around me, mirroring my panic. I see my own blood in the waves, my leg wound bleeding. I think of sharks.

The shouting behind me has stopped, or maybe I can’t hear them above the sound of the ocean. I see a promontory ahead. I know that I have to make it there. I begin to intone ‘swim swim swim’ and push through wave after battering wave into the open sea.

Between the swells, I see Everton close by. We swim steadily without exchanging a glance, for no comfort can be found but on dry land, and though it is a shared goal, our journeys there are singular in purpose.

We reach the promontory, exhausted, numb. Pulling each other up, we clamber into the nearest crevice. We huddle together, clinging to the black rocks at the water’s edge. I hide my face in my hands and weep, Everton is silent, both of us trapped raw in our own anguish.

There we wait. Buffeted by errant waves, we watch the tide rise before us. It creeps up the promontory, covering one by one the sharp black rocks, their violent volcanic past mem-orised deep within them.

The Ireland’s Own 2017 Anthology of Winning Irish Short Stories (Three Sisters Press) is out now. 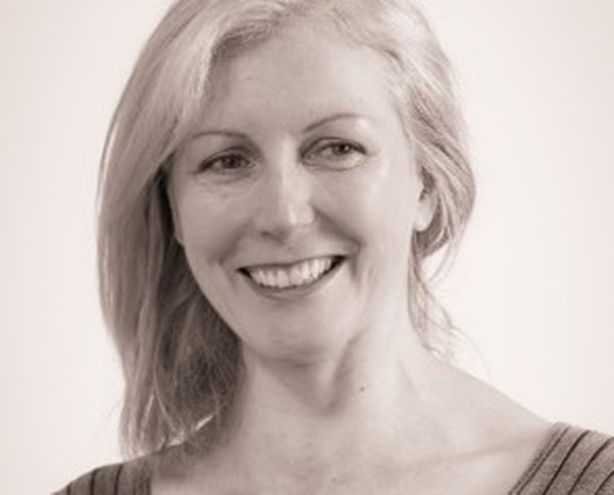 About The Author: Niamh MacCabe was born in Dublin, grew up in Paris, in north-west Ireland, and in Washington DC, where she graduated as a visual artist from the Corcoran School of Art. She worked overseas in the animated film industry, returning to Ireland to raise her children. She began writing in 2014 and has had a great deal of success in a short time, winning in 2016 alone the Molly Keane Creative Writing Award, The Wasafiri New Writing Prize, The Short Story Competition and the Ireland’s Own Writing Competition. 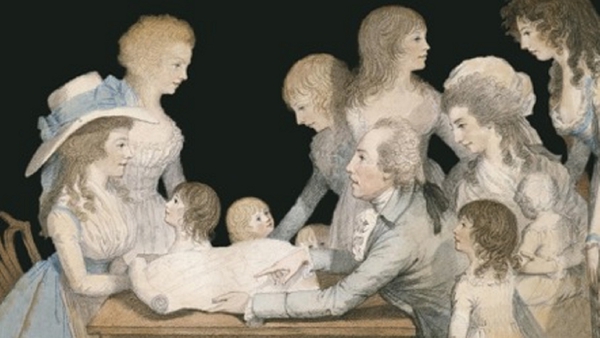