The Irish are great talkers who revel in conversation. We love to talk, chat and gossip until the cows come home. Even when they do come home that often leads to more conversations asking the cows how they got on and if there was there any craic. As a result, it is important to know some useful phrases for greeting someone, as well as starting, continuing and ending conversations.

Like everyone else in the world, Irish people like to greet each other when they meet. This can change based on location, age, sobriety and whether or not the person owes you money. One common thread between them all is that aside from the ‘hello’, ‘hi’ and ‘hey’, most Irish greetings are questions.

Aon scéal? Literally meaning ‘any story?’, this greeting is popular in and around areas of Ireland where Irish is the lingua franca as well as amongst young men on their way to football training.

What’s the craic? How are you doing? One of the most common greetings that can be used morning, noon or night.

Any craic? As above but more commonly employed when the person being asked was out in the pub the previous evening.

Any scandal? The big different between ‘any craic?’ and ‘any scandal?’ is that the person asking wants to hear who you hooked up with and whether you got the shift.

What about you, HI! This is a proper Ulster greeting that can sometimes frighten tourists, particularly those in Derry who are already on edge, unsure if they should call the place Derry, Londonderry or City of Derry! The greeting first begins as a question that makes absolutely no sense – ‘what about you’. Then, before the unsuspecting visitor can even begin to guess what is being asked of them, a great big ‘HI!’ is thrown in at the end to scare the sh*t out of them.

Alright there! Another friendly hello used by our Northern friends who love to add that bit of drama to their greetings.

Story? Related to ‘Alright?’ but a little more social. Thought to have originated from the same guys who brought you horses loose on the M50.

Alright/Story bud? Having the ‘bud’ at the end means that you have established street cred with the person asking it. If this were a movie, they wouldn’t even suspect you of wearing a wire. 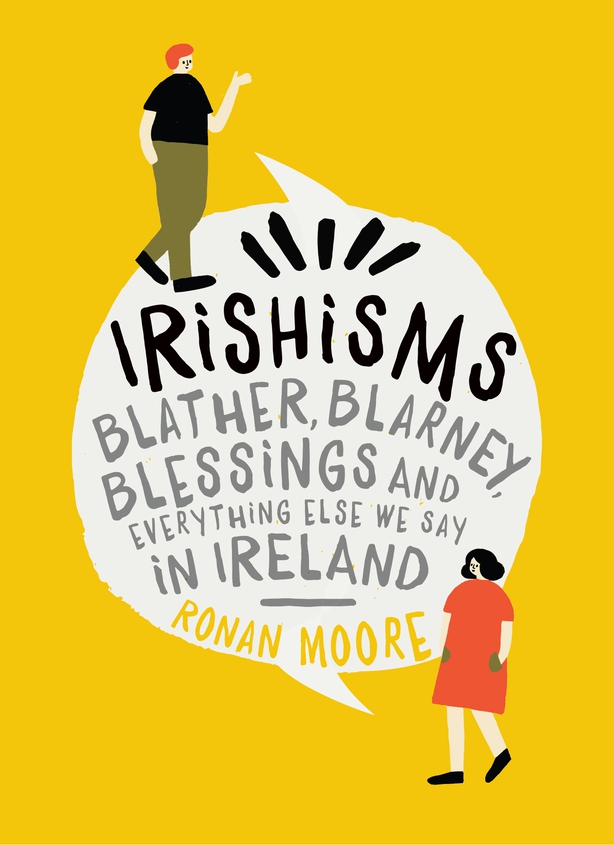 Well Jim? The nice thing about this is that the person being greeted doesn’t have to be called Jim, know a Jim or look anything like a Jim.

How’s she cuttin’? If someone local is greeting you like this, well then, as they might say in The Wizard of Oz, ‘you’re a long way from Tallaght, Toto’. This is a country greeting rarely heard in cities outside Croke Park Sundays, Coppers and December 8th shopping sprees.

How’s the form? Unless you are asked this in a bookmakers in the middle of Cheltenham, you are being asked about your health. Keep your answer simple.

How’s about ye? This is the same question as above, except you’re probably being asked it 100 miles further North.

How’s it going? While this greeting allows you to give a more descriptive response, still keep it to one sentence. I mean, you haven’t even gotten on to talking about the weather yet!

How’s it hanging? This is one of those greetings that under absolutely no circumstances should you give a literal reply, i.e. ‘slightly too far to the left but the doctor says that’s normal as you get older’. Instead, ‘Grand’, or ‘Not a bother’, will suffice.

Howiya? They managed to put their question into just one word. So you can do the same with your answer.

Sure I’m grand. Perhaps the most common way to respond to any question asking after your health is to say that you’re average. And our favourite way to say this is with the word ‘grand’.

Grand, according to the Collins English Dictionary:

denoting the largest or most important item of its kind. ‘the grand entrance’ synonyms: main, principal, foremost, major, central, prime.

According to the Irishisms dictionary:

Irish people love to say how 'okay' everything is and have a surprising amount of words that do just that. Of all these words, perhaps our most-loved example of this is the word ‘grand’.

It is important for visitors to Ireland to note that the Irish ‘grand’ is as far removed from the English dictionary definition as you can get. It does not mean impressive, majestic or imposing, as in, ‘that is a grand castle’. Instead, it means fine, average, mediocre. In fact, grand is the king of ‘okays’, with a usage as multi-functional as it is mundane. And it is for this reason that perhaps the most popular response to that most basic of questions, ‘how are you getting on/how are you doing/how are you feeling?’ is the one-word answer: ‘Grand’.

So great is the word ‘grand’ that it can be used in a whole host of other situations.

? Q. ‘What would you like for dinner?’ A. ‘Anything at all, I’ll be grand with.’ = Whatever you are having yourself.

Irishisms: Blather, Blarney, Blessings and Everything Else We Say in Ireland by Ronan Moore is published by Gill Books, priced €10.99.