Each week, we get a quick round up of what’s happening across the Atlantic from our girl Maeve Higgins in NYC...

Listen to Maeve's latest Letter From America below, or read it after the audio:

I have no idea what is going on with me, but lately I can’t stop listening to true crime podcasts.

Perhaps it’s all the anxiety in the air here because of that crazy old Hilary Clinton becoming our leader? The funny thing is, I’ve always loved podcasts, ever since I invented them in 1988, but I’ve always hated crime. Doing crime, having crime done to me, watching shows about crime, even listening in to people talking about a crime they think might have happened to someone they maybe went to Irish college with. No, not interested, not for me, thank you. But that was then, and now? Well, I can’t get enough crime, but only in podcast form.

I just finished listening to an incredible series called Dirty John. It’s written and hosted by an LA Times journalist named Christopher Goffard who keeps himself out of it and focuses on telling the listener this true story about and I quote "seduction, deception, forgiveness, denial, and ultimately, survival."  It’s strange because it’s about a creep and a killing but, I don’t know, listening to it made me feel…better?

My Favorite Murder manages to do the same thing – a comedy podcast that started back in 2016 and has since become a huge hit. Karen Kilgarrif, a very funny comic, and her friend Georgia Hardstark, a writer and Cooking Channel host, share murder stories, and listeners write in with their own murder stories. Not stories of their own murders, obviously, that would be too spooky, but ones they know about, solved or not. People find it very comforting to listen to, maybe because we’re not the ones who got murdered, or maybe because it’s women telling the stories and maybe because, with systems failing all around us, we’ve realized that telling stories might be the best hope we’ve got.

Anyway, I have to go listen to this week’s episode. It’s two and a half hours long. So, I will leave you now, and remember, as the wonderful hosts say at the end of each episode, "stay sexy…and don’t get murdered." 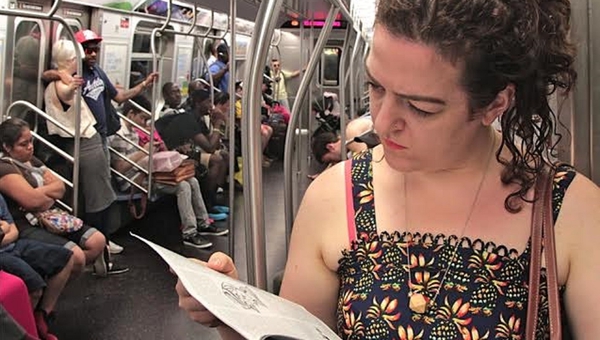