Speaking to RTÉ Culture ahead of his Vicar Street gig, Reginald D Hunter discusses his relationship with Ireland, why comedians are losing their nerve and how he takes down trolls.

The Georgia man's dulcet Southern voice is every bit as charming as you would expect it to be - slow, rhythmic and sure. Hunter's steady confidence and razor-sharp wit make him a comedian to be reckoned with.

Your tour is coming to Vicar Street this weekend, before continuing on to the Vodafone Comedy Carnival in Galway. What can fans expect from the show?
You can expect me to tell people, to regale people, with my stories. The battles that I've had since they last seen me. I will also give an instructive example - a humorous instructive example - of how to beat people's asses who deserve it.

You grew up in Georgia but have managed to find success in Ireland. You seem to have an affinity with the country - how did that come about?
I think Irish people that know me, they appreciate my appreciation of their propensity to not bulls**t.

A lot of your stand-up revolves around the theme of race - do you ever have to adapt the show depending on whether you're performing in America, UK or Ireland?
No, Ireland has a firm grasp and understanding of racism or 'isms'. 'Isms' as in disliking someone or a group because of what they are. Ireland has the ability to understand this. Plus, if you think that you have to be white to understand racism, then you're an idiot. White people invented racism.

Lately, the public seems to look to comedians and late night talk show hosts to comment on politics and public scandal. Why do comedians sit in that space so well?
We're not compromised. We don't have a system of politics that compromises us, we don't have a system of celebrity that compromises us. In fact, stand-up comedy is born out of that willingness to comment and be an outsider. It's a reflection of the demise of our times that priests, politicians and philosophers have lost their place and comedians are looked to.

I do like the feeling that we are the last-stop Jedi to actually say what's what. But, let's be honest, if I call out the truth about any organisation of a racist group or radical feminist group or ultra-black group - I'm not going to get fired. I might get assassinated [laughs].

Have you noticed an increased backlash to the controversial things you stay on stage under the Trump administration?
I think that was going on before Trump. I think a lot of comedians are losing their nerve because we are so keenly aware of the potential backlash and social media campaigns against you. But that just means you have to be more sure of what you say.

You've appeared on a lot of panel shows over the years. Recently, Aisling Bea spoke about fighting tooth and nail to make a panel show gender balanced for an entire series, which she says has brought about positive changes. Have you noticed these changes yourself?
I took a break from panel shows about a year or two years ago, and the break has included not watching much of them so I haven't seen much. I think there needs to be a balance of interesting, erudite, outspoken people, no matter what their gender is. I'm just sick of seeing people misplaced or miscast as to appropriate our sense of fairness or equality based on gender or colour, but I mean... I guess I'm saying the long way around that I haven't watched enough to say that I have an opinion.

You made a documentary on BBC2 called Reginald D Hunter's Songs of the South. What musicians from that series did you already love and who did you discover along the way?
Clarence Carter, I love Clarence Carter just for that song Strokin'. R.L. Burnside. There's a great sense of regret that we had started filming the documentary two years too late, because he died a couple of years ago.

Yeah, there's a lot of cats. The gentleman who actually wrote Rainy Night in Georgia - sitting with him made me remember my Georgia roots, he was just so Southernly and gentlemanly and welcoming. Tony Joe White, that was his name. Lot of great things to say about that.

I have another tour coming up next year, it's going to be called the same as this [Some People v. Reginald D Hunter] but I just can't see how the jokes will be the same, because I just keep hearing lots of stuff and I'm kind of smart, so we'll see how that goes. 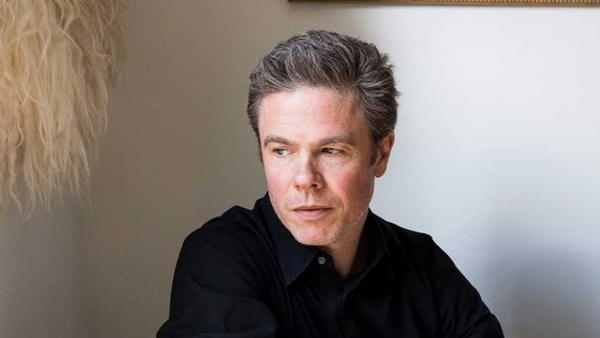 A sit-down with... Josh Ritter Music