Great news! Scary news! American news! Each week we’ll get a quick round up of what’s happening across the Atlantic from our girl Maeve Higgins in NYC...

Listen to Maeve's first Letter From America below, or read it after the audio:

It’s a four-day week here in the US, a fact that escaped me since I’m working from home all month and my colleagues, a printer and a kettle, failed to let me know. The reason for the holiday is Christopher Columbus; you know, that white guy who came over uninvited and helped to kick off the transatlantic slave trade and the genocide of the Native people. He was the worst immigrant ever! That’s my opinion, but our President disagrees. "The permanent arrival of Europeans to the Americas was a transformative event that undeniably and fundamentally changed the course of human history and set the stage for the development of our great Nation," Trump said in his proclamation. I’m also a European who arrived to the Americas, but have yet to see my moving here as a transformative event, unless you count the epic rise in Cheetos sales as a change in the course of human history. There’s a strong movement to officially rename Columbus Day and change the meaning to celebrate ‘Indigenous Peoples Day’ and many people refer to it as such.  Right now Americans don’t agree on much, but it’s nice to see that everyone appreciates a day off.

Speaking of exploring and colonizing, why stop at this planet? I’m kind of joking, kind of not. I sometimes co-host podcast called StarTalk which is hosted by astrophysicist Neil deGrasse Tyson and deals with space, science, and popular culture. It’s always fascinating and super fun to take part in. They also have another show, called StarTalk All Stars, hosted by a revolving group of brainiacs that include scientists, thought leaders and astronauts. Oh, and comedians like yours truly, who finds it difficult to calculate a tip. On Saturday I made my way uptown to The Explorers Club, a very cool building and organization, open since 1904 that serves as a unifying force and meeting point for scientists and explorers. Oh, and a huge stuffed polar bear that I pretended had just proposed to me and did a photo shoot with, much to the bewilderment of the scientists waiting in line. Has to be done for Instagram, you know how it is.

Anyway, we taped an episode there, hosted by the legendary Shuttle astronaut astronaut Mike Massimino, all about the future of space exploration. The panel included former astronaut Sandy Magnus, New Horizons mission principal investigator Alan Stern, who spoke about private industries capability in the race to Mars, and Grammy-winning composer Eric Whitacre, who composes music inspired by images of space travel. Mike is brilliant to work with, he is so funny and kind, and despite his brilliance (he is a former astronaut and a professor at Columbia University, I mean, take it easy, am I right?) he still talks like a normal person, and doesn’t mind when I ask a million questions. One question I forgot to ask – a nod to my heritage - is it really possible to grow potatoes on Mars, like Matt Damon did? Probably for the best I missed that one. 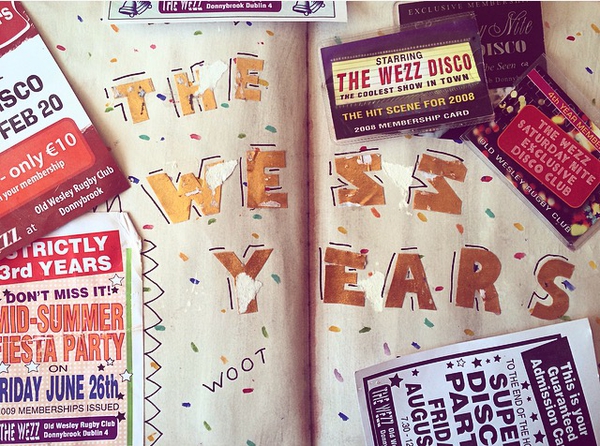 Love Letter to Wezz Doc on One - Culture