Dublin footballer and holder of five All Ireland medals Michael Darragh MacAuley was one of Jim Carroll’s guests at Banter’s Culture & Me event at Cuture Night in Dublin Castle last weekend.

Michael Darragh spoke to Jim about his boyhood love for hip-hop (his bedroom wall was covered in posters of rappers and basketball players), why it was Tupac over Biggie and his huge admiration for Damien Dempsey. He also talked about how the Dublin singer became something of a talisman for the Dublin footballers as they set out to win the three in a row this season. 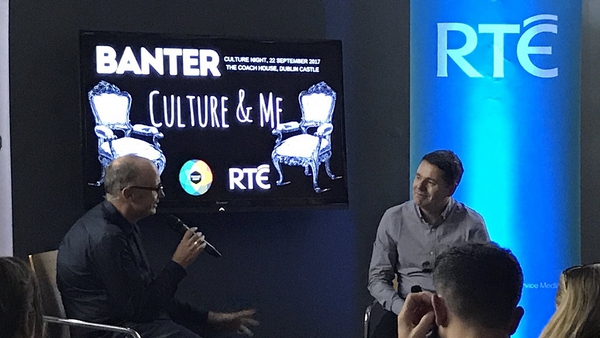 The Minister for Finance (and LCD Soundsystem tickets) tells all