Charlie McCarthy, the director of TG4's sultry new drama Grace Harte, writes for RTÉ Culture about the bold decision to shoot the series in black and white...

The dramatic crux of Grace Harte concerns a tired marriage being disrupted by the arrival of a young stranger and the tragedy that ensues. The story has been told in many forms from novels to operas to thousands of films. In other words, the ‘Postman’ has rung more than ‘Twice’ and ‘Ryan’ has had many ‘Daughters’.

As director, my main task was to translate Antoine O’Flathearta’s sharp script into the visual language of film and television. With its strong female lead and bold dramatic structure, I was reminded of two very different kinds of films: Pedro Almodovar’s Spanish melodramas and the ‘women’s pictures’ of Hollywood in the 1930s and 1940s. The former are always extravagantly colourful, the latter usually in black and white. In my thinking about a ‘look’ for the mini-series, I wondered if we could emulate either of these approaches in the production design and cinematography?

After some very useful discussions with my colleagues, it was clear that we didn’t have the budget (or the sunlight) to achieve the deeply saturated, stylised and stylish world of the Spanish master. But it might be possible to mirror the mood of those American movies. We could make it in black and white. Suddenly the Producer (Martha O’ Neill) and the Creative Team are enthused. As am I. We could all see the fierce world evoked in the script being enhanced by the draining of colour from it. But would the Broadcaster, TG4, agree?

The most ordinary of our locations - a roadside, a petrol station, a beach are instantly transformed, recognisable but made a little strange. And isn’t that what all creative work aspires to?

Some random googling revealed that it is very rare indeed for broadcasters anywhere to commission dramas in black and white. Even the showing of old black and white movies (a staple of my North Cork childhood in One Channel Land) is unusual. There is an assumption that television audiences will react negatively to monochrome. Seemingly (Google again), since the advent of colour television, fewer and fewer people dream in black in white. Even in the supposedly more daring world of HBO and Netflix et al. There is no evidence of black and white being used as a creative tool. Why is this? Surely anyone with even a modicum of taste cannot deny the beauty but also the dramatic contribution that black and white cinematography has made to Citizen Kane, The Third Man, The Last Picture Show and, crucially (for friends of Dorothy), to creating the distinction between Kansas and Oz?

More googling created paranoia and pessimism. We discovered that the makers of Nebraska had to have a colour version of their monochrome film in case their backers lost the courage to release it in glorious black and white. I was prepared for TG4 to reject the notion of broadcasting a three hour, three part contemporary drama in black and white. The best case scenario was that they would take the road to Nebraska - ask us to have a back-up colour version in case they hated the finished black and white one.

TG4 lived up to its daring slogan of ‘súil eile’. They enthusiastically encouraged us to shoot it for black and white. There was relief all around especially from the Director of Photography (Dave Grennan) and the Production Designer (Louise Mathews). Nobody now had to make decisions that worked for colour as well as for black and white. We hurtled forward into the past and it was liberating. Every location, every shirt, every dress, every prop, every piece of set dressing was now assessed for how it would look in black and white. We looked at shape and texture and pattern with keener eyes. We were experiencing the exhilarating shock of the old as we returned to the visual roots of pre-colour cinema.

We discovered that the makers of Nebraska had to have a colour version of their monochrome film in case their backers lost the courage to release it in glorious black and white.

I (modestly) think the finished series is a revelation. We are so used to seeing the contemporary world in colour that it is amazing to see it in black and white. The most ordinary of our locations - a roadside, a petrol station, a beach are instantly transformed, recognisable but made a little strange. And isn’t that what all creative work aspires to? 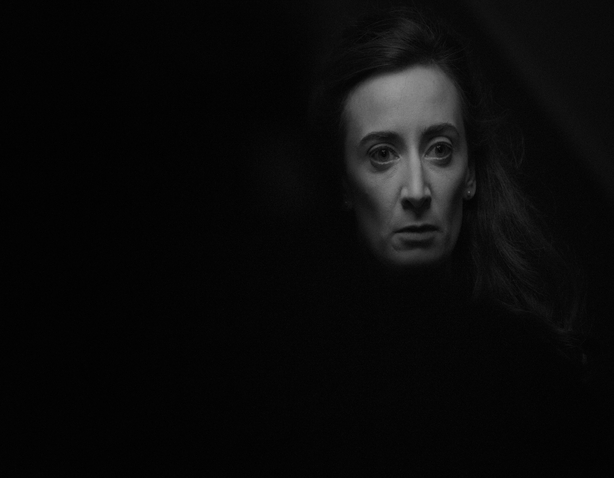 The black and white created a kind of alchemy too among the impressive ensemble of actors. I think all the performances are mysteriously enhanced by the monochrome aura that surrounds them. Kate Nic Chonaonaigh (playing Grace Harte) effortlessly and unconsciously seems to be channeling Bette Davis; Dara Devaney (playing Grace’s husband) reminds one of a depressed Clarke Gable and Eoin O’Dubhaill (the young lover) exudes the sultry menace of a Connemara James Dean. And at the end of this great adventure, I am left with the late discovery that there is no such thing as ‘black and white’ because of the fifty thousand shades of grey in between.