The news that Adele was forced to cancel two sold-out shows at London’s Wembley Stadium prompted Marian Finucane to ask country singer Nathan Carter what he’d recommend the Hello singer do to keep her vocal chords in good working order. His reply?

"A good pint of Guinness every other night. That generally helps."

Let’s hope Adele was listening and that Nathan’s advice ensures she recovers soon. The country superstar was talking to Marian about his new show on RTÉ One television, Nathan Goes to Nashville.

Nathan is currently the idol of what’s known as the Country and Irish scene and in his new series, he’s been despatched to Nashville, Tennessee, where he got to meet a lot of famous country music stars and perform where Elvis and Johnny Cash sang.

"I showed it to my mum and dad who generally aren’t that into country music and they really enjoyed it."

What? Nathan Carter’s parents aren’t into country music? They must love him very much. And vice versa, of course. From what he told Marian, it sounds like Nathan worked very hard during his time in Nashville, but enjoyed every second of it. He sang in the Grand Ole Opry, the home of country music, and scene of legendary performances from Elvis, Hank Williams and Johnny Cash.

"It was really special and something I’ll remember for a long time."

Nathan also visited Johnny Cash’s house and interviewed John Carter Cash and sang a song on Johnny’s old piano. He met the legendary Crystal Gayle and got to sing a duet with her on her famous song, Don’t It Make Your Brown Eyes Blue. And he recorded with some of Nashville’s finest musicians:

"When you’re around people in their A game… it kind of inspires you to be better and to do better."

Much more will be revealed when the programme airs on Tuesday night, such as who is the Rhinestone Rembrandt and how much would it be to buy a jacket from him? (Hint: he’s the man who put Elvis in a jumpsuit.)

You can hear the full discussion with Nathan and listen back to the rest of The Marian Finucane Show here. 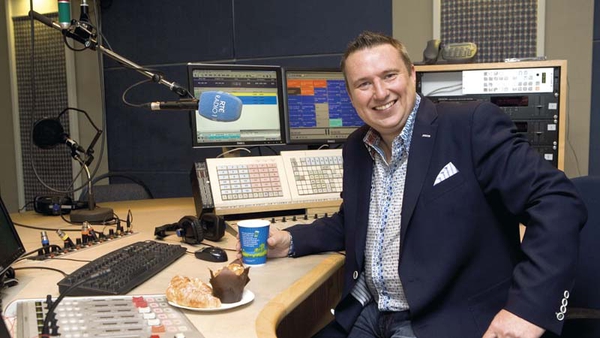